More
Home
Subscribe
Skip
Continue in 10 seconds
Skip
By Richard Bezuidenhout
Read nextFootage of the new Batmobile emerges, still no clues as to how it’ll sound 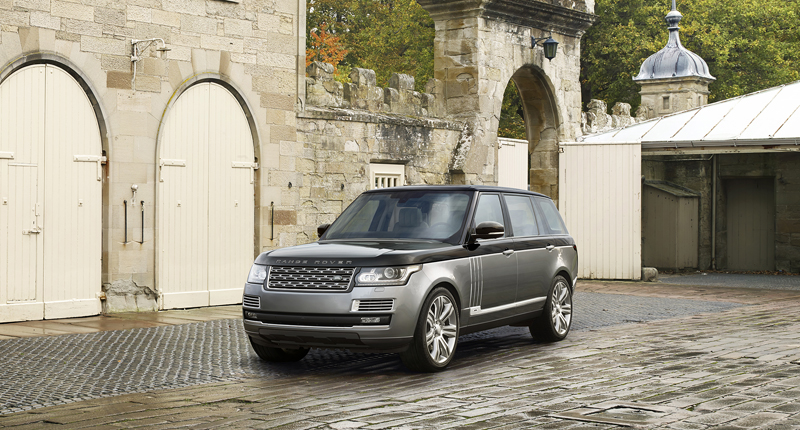 A generous handful of people out there are wealthy enough to pay someone else to drive them around. And, no, summoning an Uber driver doesnâ€™t count. Nope, not even Uber Black.

Weâ€™re referring instead to those elite individuals who have full-time chauffeurs on their books (have a look at our earlier feature on the top chauffeur-driven cars for stinking rich technophiles). Such a well-to-do character clearly prefers the comfort of the rear seats to the apparent hard work of the driverâ€™s perch, and thus recruits a professional driver to do his or her on-road bidding.

This underling typically comes dressed in a dark tailored suit, hands concealed by white driving gloves and head sheltered beneath a high-quality cloth hat. And, of course, this smartly dressed driver is quite accustomed to piloting luxury barges, particularly of the long-wheelbase sedan variety.

But things are changing. Yes, sport utility vehicles are still somehow increasing in popularity. And that trend extends far into the luxury segment, too. The raised ride-height, potential for massive interior space, and general â€œlook-at-meâ€ attitude of hulking SUVs make many of them seemingly perfect as top-heavy limousines.

Indeed, in the next few years, a number of premium automakers will be producing their first luxury SUVs â€“ take a gander at four of these rather special soon-to-arrive super-posh crossovers for a taste of whatâ€™s to come.

But, until these and others officially arrive on the luxury SUV scene, the five following vehicles are our picks for the well-heeled who wish to lounge in the back of a posh SUV. Unlike the four other colossal vehicles on this list, the Volvo XC90 is regarded as a mid-size SUV. But the Excellence model — which has been conceived solely for the Chinese market — more than makes up for its small size disadvantage by introducing massive interior room.

Confused? Donâ€™t be. The Swedish automaker has achieved this by transforming the model into a four-seater (the standard XC90 seats seven), which frees up relative acres of room for the lucky rear seat passengers. Yes, these occupants enjoy all sorts of luxuries, including individual reclining seats (complete with massage and ventilation features), a retractable control touchscreen, folding tables, a refrigerator (with bottle and glass holders), heated and cooled cup holders, handmade crystal glasses, and, of course, enough leg-room to make an NBA star smile.

Volvo says the XC90 Excellence is its â€œmost luxurious vehicle everâ€, with pampered passengers also benefiting from handy features such as footrests, additional sound insulation, noise-cancelling tyres, and a 20-speaker Bowers & Wilkins audio system. Where do we sign up? This list simply wouldnâ€™t be complete without a Rangie, would it? And, of course, the new Range Rover SVAutobiography, which essentially replaces the Autobiography Black model and is crucially also available in long-wheelbase form, is pretty much as limo-like as SUVs get.

Thanks to the extended wheelbase, this posher-than-posh model boasts around 140mm more in the all-important rear leg-room department, while the two power-adjustable rear perches can recline for added comfort. These seats also feature memory, climate and massage functions, with the passenger-side pew even adding a deployable ottoman. Of course, thereâ€™s also soft leather and polished wood as far as the eye can see, as well as the sort of infotainment gadgets thatâ€™d put your local cinema to shame. Tend to be late for meetings? Then youâ€™ll be pleased to learn that this model employs the brandâ€™s full-fat 5.0-litre supercharged V8 engine. Splendid. The Cadillac Escalade is a bit of an American icon. Itâ€™s bold. Itâ€™s brash. But, above all else, the ESV version â€“ which adds a whopping 508mm of extra Escalade over the standard model â€“ is big. Ridiculously big.

In fact, Cadillac reckons thereâ€™s enough space inside to provide â€œgenerous luxury for up to eight passengersâ€, with third-row leg-room growing by an impressive 254mm in the long-wheelbase ESV model. And thereâ€™s still plenty of room for luggage. Thereâ€™s also the option of specifying second-row â€œcaptain’s chairsâ€, which cuts the passenger count to seven.

The fourth-generation Cadillac Escalade ESV employs a 6.2-litre V8, and features magnetic ride control, a nifty rear entertainment system, as many as five USB ports, tri-zone climate control, and swathes of premium materials. Opt for the Platinum specification and you gain even plusher cabin materials, an upgraded entertainment system (with four screens), and an 8.3-litre centre console cooler. Sold! The current-generation Mercedes-Benz GL-Class has been around for some time now. And, when the model is finally updated in 2016, itâ€™ll assume a new name: the GLS. The German automaker says the addition of the letter â€œSâ€ as part of the new nomenclature will signify the chunky crossoverâ€™s revised positioning as the â€œS-Class of SUVsâ€. Excuse us.

So, until this refreshed Merc stomps onto the scene, weâ€™ll have to make do with the current model, preferably in GL500 flavour (or even GL550 flavour, if youâ€™re in the US). And, you know what? It ainâ€™t so bad.

The GL, of course, gains extra interior room over its smaller ML sibling, which is important when you plan to spend much of your day stretched out in the back. Thereâ€™s also a separate rear climate control system, heating for the second row of seats, a nifty entertainment system (with the handy capability of hooking up to a games console), and surround sound. Oh, and if your driverâ€™s a bit of a speed freak, you may want to consider the GL63 AMG. Itâ€™s rather a strange-looking thing, the new Infiniti QX80. But thereâ€™s no denying that this contentiously styled brute â€“ even if it is based on the somewhat agricultural Nissan Patrol â€“ boasts some serious interior space, which sees it just edge the ageing Lexus LX onto this list.

The second row is made up of a pair of particularly spacious â€œcaptainâ€™s chairsâ€, which serve up that sought-after private jet feeling. Two colour monitors â€“ which automatically adjust for the prevailing lighting conditions â€“ are linked to wireless headphones and a wireless remote control. This means thereâ€™s plenty of entertainment for the, er, â€œhard-workingâ€ passengers in the back.

Infiniti unapologetically describes the QX80â€™s cabin as a â€œmobile man caveâ€, and high-quality leather covers everything from the speaker grilles and the grab handles to the headlining and interior pillars. But perhaps best of all is the fact that this model undercuts its main rivals by quite some margin when it comes to pricing. Not that those who hire full-time chauffeurs care much about matters as trivial as moneyâ€¦ 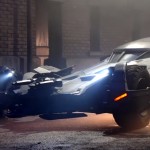 Footage of the new Batmobile emerges, still no clues as to how it’ll sound
Video • 28 April 2015
Read More
More