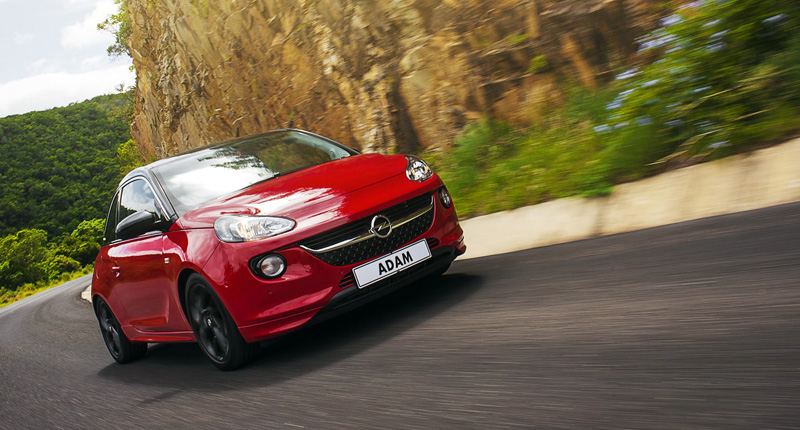 We recently spent a week whizzing around in the new Opel Adam. It’s a posh little three-door hatchback that employs a decidedly refined and trendily downsized turbo triple.

Little, of course, is the operative word here.

The Adam — which rides on a shortened Corsa platform — measures just a smidgen over 3.7 metres in length, which puts it neatly between the absolutely tiny Fiat 500 and the rather compact Audi A1 (incidentally, two of its main rivals). Its boot can handle a mere 170 litres and space on the rear bench is cramped at best.

So, it’s small. Very small. And, traditionally, diminutive city cars have to make do with just the bare basics in terms of on-board technology. Yip, the exciting gadgets and gizmos are reserved for the luxury barges and upmarket SUVs of this world.

Well, that’s the way it used to be. The Opel Adam, apparently, thinks this is a right load of old codswallop.

Despite the fact that we were sampling the mid-range model, our test unit boasted all sorts of tasty tech — in addition to the smart 85kW/170Nm 999cc mill plonked under the bonnet. Is there a pesky road-user lurking in your blind-spot? No worries, you’ll see ’em: the Adam — which was named after the brand’s founder — alerts you with a visual warning in the relevant side-mirror. Not a fan of parallel parking? Don’t stress, Opel’s boutique hatch comes with a self-parking function that seizes control of the steering while providing the driver with instructions for accelerator, brake and gear inputs. It’ll even neatly alley-dock itself into a bay should you so desire. And, of course, the vehicle also features front and rear sensors should you prefer to do the parking dirty-work yourself.

Furthermore, the electric powering steering features two distinct modes: one for everyday driving and another lighter setting for tight parking manoeuvres in bustling city centres. Then there’s Opel’s clever â€œIntelliLinkâ€ infotainment system (closely related to Chevrolet’s MyLink), which is linked to a seven-inch touchscreen display (as well as seven speakers) and comes preloaded with a handful of applications — including the BringGo navigation app. The range-topping Opel Adam, meanwhile, adds eight different ambient light settings for the cabin, a panoramic sunroof (or a headliner encrusted with 64 individual LED elements, a la Rolls-Royce), automatic headlights (with tunnel recognition), rain-sensing wipers, and an electro-chromatic rear-view mirror. That’s a fair whack of high-end tech crammed into what is a “subcompact car” in the truest sense of the term.

You’re probably thinking there’s a catch to all this. And you’re likely reckoning it’s the Opel Adam’s price. Well, rather refreshingly, the little German hatchback serves up all of this at prices that won’t send the typical city dweller immediately running for the hills.

In South Africa, the entry-level model (which admittedly has to make do with a 1.4-litre naturally aspirated mill rather than that superb 1.0-litre turbo three-cylinder) costs less than R190k, while the mid-range derivative comes in at a rather competitive R209 900. The flagship, meanwhile, is priced at a still palatable R232 900. All of this bodes well for future buyers of small cars. You see, Opel isn’t the only automaker taking this “big tech” approach to building small cars, even if the Adam is likely one of the first (and certainly one of the best-executed) examples of this important new breed of subcompact cars. Yes, these newcomers will set themselves apart by boasting the sort of high-tech goodies that were considered cutting-edge in a Mercedes-Benz S-Class not too long ago.

The recently launched Mazda2, meanwhile, is already available in some markets with nifty items such low-speed automatic braking, auto-dipping headlights, a rear cross traffic alert system, and a head-up display. And there are plenty more examples on the way.

Yes, big tech is no longer exclusively reserved for big cars. And the pint-sized Opel Adam proves just that. 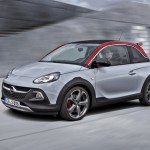