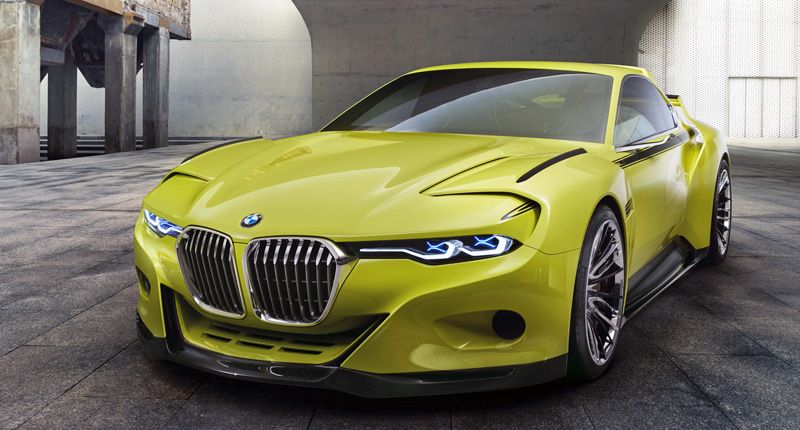 Unless you live in a world without internet – which would be strange, since then you’d likely have a hard time reading this – you would have recently locked eyes on images of the striking new concept car unveiled by BMW at the Villa d’Este Concours in Italy.

Yes, we’re talking about the BMW 3.0 CSL Hommage concept, which is particularly hard to miss thanks to its eye-searing “Golf Yellow” paintjob and myriad swoopy lines.

But this angry-looking tribute – which, a little ironically, may just hint at the future styling direction of the Munich-based manufacturer – isn’t the first “Hommage” model to come out of the brand’s design department.

No, two other equally bold Hommage concepts preceded the current model, acknowledging BMW icons of the relatively distant past. Here we have a look at all three – each unveiled at the Villa d’Este Concours rather than at a full-blown international motor show – as well as the sought-after production vehicles they honour.

Back in 2008, to mark the 30th anniversary of the legendary BMW M1 supercar, the Bavarian giant nonchalantly tugged the covers off the BMW M1 Hommage. Although the concept was, like its automotive muse, mid-engined and rear-wheel drive, it was also fantastically futuristic. Sure, the two models shared louvres on their rear screens, characteristic twin logos around back, and those trademark bonnet vents, but the concept seemed far ahead of its time. 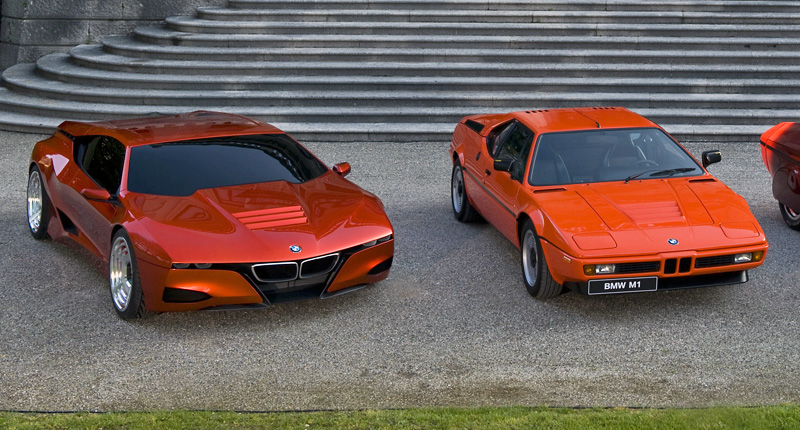 “For BMW, heritage is always also a living heritage. Drawing inspiration from your own past and thereby reinventing yourself – that is exactly what the BMW M1 Hommage demonstrates in impressive style,” said BMW bigwig, Dr Klaus Draeger, at the time. Fair enough, we say.

By now you must be muttering: “But that thing looks more than just vaguely familiar”. And it should. You see, not only did it borrow styling cues from the gorgeous M1 of the ‘70s, but the Hommage model also served to gauge public reaction to its out-there design ahead of the launch of an all-new product. Yes, fast-forward a few years, and the BMW i8 plug-in hybrid sports-car was born, bearing a remarkable visual similarity – from pretty much every angle – to the Hommage concept. 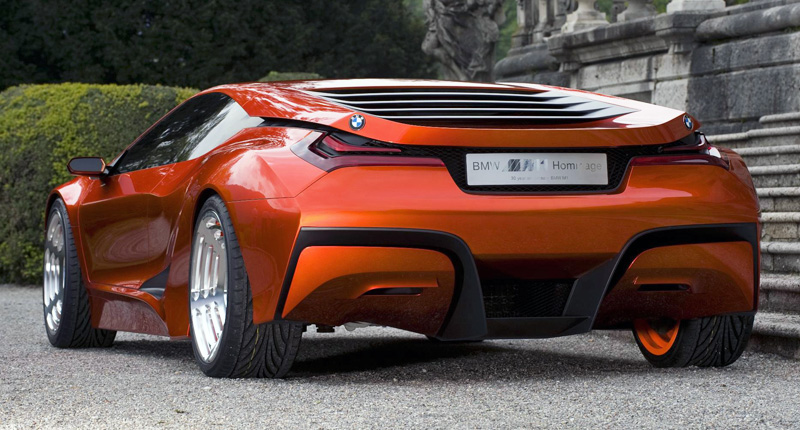 The year 2011 saw the BMW 328 celebrate its 75th birthday. Yes, back in the late 1930s, the German automaker began building the now-famous 328, which went on the win all sorts of motorsport gongs with its 1971cc straight-six and four-speed manual transmission. In fact, in 1940, the winning BMW 328 Touring Coupe set the record for the highest average speed (how does 166.7km/h sound?) on the Mille Miglia circuit. 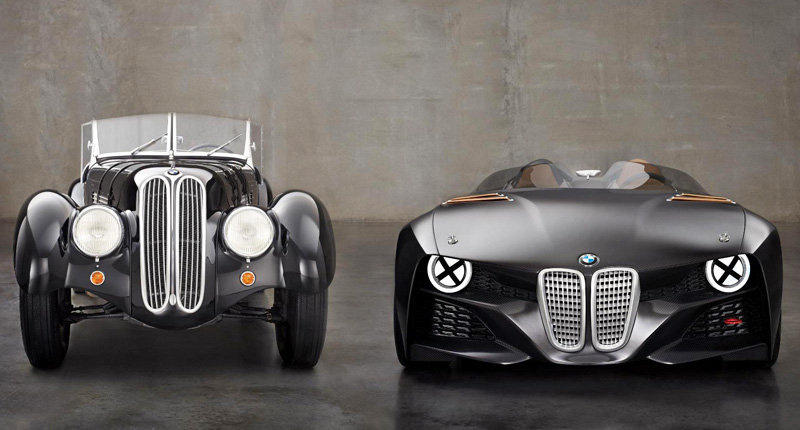 “With the BMW 328 Hommage, we wish to pay homage to the passion and inventiveness of the fathers of the BMW 328. They created an icon which is considered a milestone in the history of the automobile,” said BMW’s Karl Baumer during the unveiling.

The BMW 328 Hommage concept employed a 3.0-litre straight-six and more exposed carbon fibre-reinforced plastic than you could shake a stick at, and of course shared a few styling traits – from the early-style kidney grille to the slightly asymmetrically windscreen and leather straps on the bonnet – with its inspiration. Interestingly, this concept wasn’t the first to honour the celebrated 328. Back in 2006, BMW revealed the Z4-based Mille Miglia concept coupe, which also served to commemorate the 1940 race-winner. 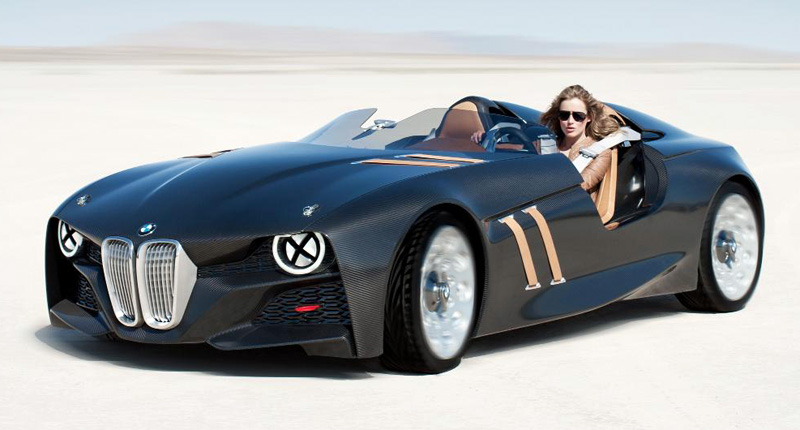 Just 1265 examples were bolted together between 1972 and 1975. But the lightweight homologation special built to render the car eligible for endurance racing went on to absolutely dominate the sport for a number of years. Yes, the BMW 3.0 CSL – complete with its extravagant aero package and concomitant “Batmobile” nickname – was more than just a bit special.

Little wonder, then, that automaker chose to celebrate the model with the BMW 3.0 CSL Hommage, again crafted largely from huge heaps of carbon fibre-reinforced plastic. “Our Hommage cars not only demonstrate how proud we are of our heritage, but also how important the past can be in determining our future,” BMW Group Design chief, Adrian van Hooydonk, said. Looking back to look forward? Sounds like a plan to us. 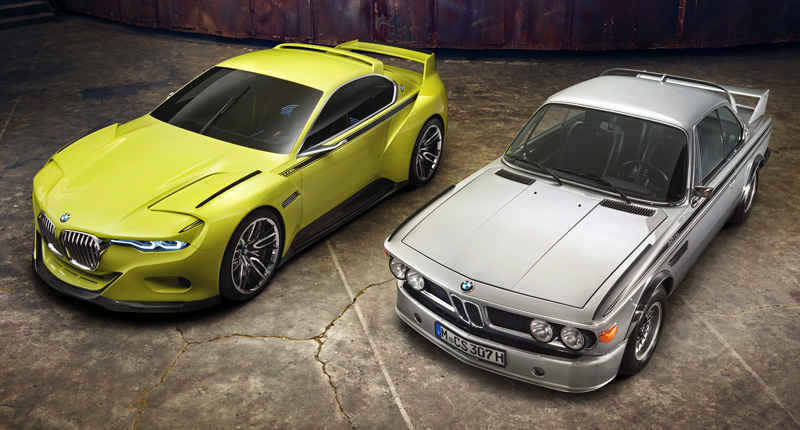 And what a future that will be – if the latest concept is anything to go by, that is. A six-cylinder hybrid drivetrain skulks beneath that svelte exterior, sending its as-yet unconfirmed oomph to all four wheels. Interestingly, the BMW 3.0 CSL Hommage is not merely a superficially modern version of the original; not just an exercise in styling imitation. No, this concept forges its own design path, as the automaker’s Karim Habib points out: “The BMW 3.0 CSL Hommage celebrates many of those characteristic features, but without copying them. We wanted people to sense the family resemblance rather 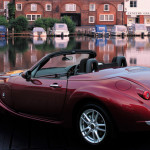