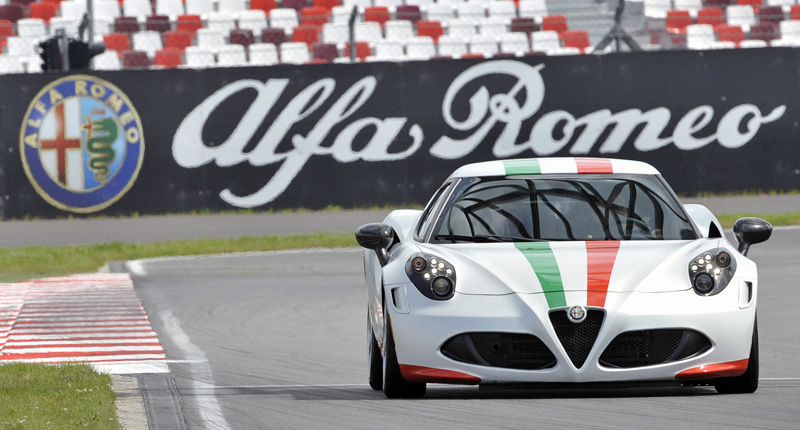 When any safety car is performing its speed-limiting role during a race caution period, it’s generally the slowest accelerating vehicle out on the track.

So, while it may well be leading the pack, the safety car is anything but the star of the show.

Indeed, its driver must be left feeling woefully inadequate, particularly when a gang of fire-breathing machines starts to fill his mirrors, and their increasingly impatient pilots begin weaving back and forth in an attempt to keep some sort of heat in the tyres.

But that’s not to say that these safety cars – adorned with flashing lights and colourful decals – are not exciting in their own right. Indeed, drive a standard version out on the road and many a head would turn.

With this in mind, we took a look around for some of the sexiest safety cars from the world of motorsport in 2015 (we’ve excluded the likes of IndyCar and NASCAR and their pacecars, since these often change from race to race throughout the year). The BMW M4 super-coupe is already a rather special four-wheeled steed. But the studious (if slightly unhinged) folks over at the M Division decided that the MotoGP safety car should stand out even more. Yes, this M4 also boasts an experimental water injection system (for the turbos, that is), which serves to cool the air entering the raucous 3.0-litre six-pot. Intriguingly, BMW says this the tech will be employed “in a BMW M production model in the near future”.

The result, of course, is an appreciable increase (even if BMW won’t say just how appreciable) in the already mental performance of the standard car. In addition, the German automaker’s engineers have added a nifty coil-over suspension system as well as six-point harnesses, while also removing the central silencer from the M Performance exhaust. At the start of the 2015 F1 season, the gull-wing SLS AMG handed over the safety car baton to the new Mercedes-AMG GT S. Just like the road-car, the F1-sticker-bombed GT S employs a 4.0-litre V8 bi-turbo engine churning out a whopping 375kW and 650Nm. The result is a face-deforming sprint from zero to 100km/h in just 3.8 seconds and a maximum speed of 310km/h.

It even runs on standard tyres, which hug lightweight cross-spoke forged wheels (with fully integrated wheel-bolt covers). At the rear, a special number-plate featuring orange and green LEDs is synchronised with the light bar on the roof, providing added safety during periods of poor visibility. Despite the fact that it’s a plug-in hybrid sports-car rather than a full electric vehicle, the BMW i8 is well suited to performing the role of Formula E safety car (the BMW i3, incidentally, is the sport’s medical car). This attention-grabbing Beemer uses a 1.5-litre turbo-triple to drive the rear wheels via a six-speed automatic ‘box, while an electric motor powers the front axle through a clever two-stage automatic transmission. Total output sits at 266kW and 570Nm, which facilitates a nought to 100km/h dash of 4.4 seconds and a limited top speed of 250km/h.

In addition to being modified to meet the FIA’s safety and technical requirements, this particularly special BMW i8 boasts a clever inductive charging system that allows the on-board battery pack to be topped up without the use of cables. Yes, it’s just a case of park and charge… Since 2013, the super-sexy Alfa Romeo 4C has been tasked with keeping Superbike World Championship competitors in check during caution periods. Indeed, as a major sponsor, the Italian automaker – which has been involved in motor racing since 1911, the very year after it was founded – has played an integral role in the two-wheeled sport for nearly a decade.

While it may struggle to keep rowdy superbikes in line out on the track, the 4C is anything but tardy. Thanks to the extensive use of carbon-fibre and aluminium, the little sports-car tips the scales at just 895kg, allowing its 177kW/350Nm turbocharged four-cylinder engine to propel it to three figures in around 4.5 seconds. Drive from the 1742cc forced induction mill is, of course, sent to the rear wheels via a six-speed dual-clutch transmission. This year, BMW is fielding eight M4s in the Deutsche Tourenwagen Masters (or German Touring Car Championship, to you and me). Well, nine if you count the safety car. Yes, the Bavarian automaker seems to be dominating the safety car business in 2015, and the version of the sleek coupe charged with leading a pack of DTM monsters around the track is pretty impressive itself.

The official DTM safety car has been tweaked by, you guessed it, the M Division, which removed the rear seats to make space for a roll cage, and installed super-supportive Recaro racing buckets. The front apron and roof, meanwhile, gain LED lighting, while a radio communication system and myriad M Performance Parts (including an exhaust system, front splitter, black front grille, mirror caps, rear spoiler, and rear diffuser) have been bolted in place. 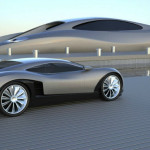 This superyacht comes with a helipad, V12 supercar (and a hefty pricetag)
News • 26 May 2015
Read More
More