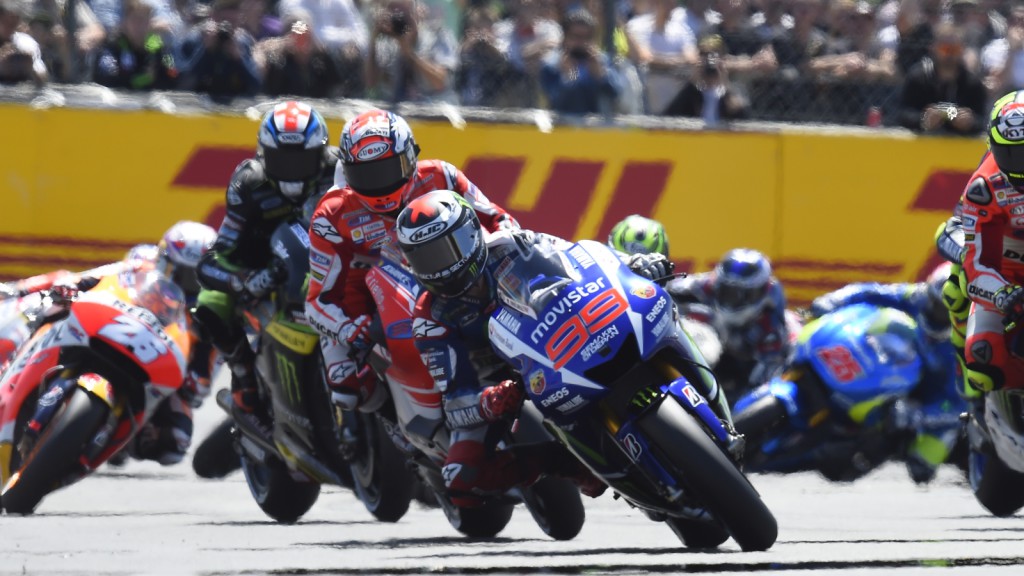 It’s that time again. You know, the week.

Unfortunately, the motorsport action of this weekend has come and gone, but it provided us with lots of heartstopping moments, and excellent comebacks. Perhaps the most astounding of these comes from the MotoGP paddock that found itself racing the famed tarmac of Le Mans this weekend.

Across the pond, the NASCAR All-Star Race took place at Charlotte while the IndyCar Series enjoyed the practice weekend before one of the most important events in motorsport — the Indianapolis 500.

So, without any more ado, these are the news stories and moments you might’ve missed this weekend.

A truly stunning performance by a rejuvinated Jorge Lorenzo has seen his Championship chances revitalised after winning in Le Mans. He finished a good three seconds clear of Valentino Rossi in second, who has to be wondering what this means for his Championship lead.

It seems that the Yamaha is just the best package on the grid right now.

After the head honchos of Formula 1 met this weekend to finalise the future rule of the sport, they have actually agreed on a set of regulations for a change. Refuelling will be reintroduced in 2017, allowing for higher revving engines and more exciting racing. Adding to the drama, teams will have liberal choice of tyre compounds throughout the weekend, which has given Pirelli something of a nervous breakdown.

David Coulthard, ex-McLaren driver and current BBC pundit, has noted that he’d love to see tyre wars to return to Formula 1, so don’t rule out the possible return of Michelin or Bridgestone to the Championship in latter years.

3. Formula 1: One week before Monaco, we roll back the years

Although looking to the future is always fun, looking back on years gone by is even better.

Ten years ago at the 2005 Monaco GP, we saw a truly brilliant performance from Kimi Raikkonen who led from start to finish to keep the Williams and Renaults behind.

What’s even more remarkable was Alonso’s and Raikkonen’s qualifying laps, who started second and first on the grid respectively.

Although Denny Hamlin won a brilliant race, it was Jeff Gordon, taking part in his final All-Star Race, was honoured by teams, drivers and fans alike.

To be fair, Hamlin’s victory was massively impressive, considering that his tyres we’re practically shot and that Keselowski dominated much of the first half of the race, but Hamlin would hold on to claim the US$1-million prize.

Gracious in defeat, the legend of the sport commended Hamlin on a stellar performance.

You need everything to go your way in a race like this. I almost had a shot at the No. 41 [Kurt Busch] but I just couldn’t quite clear him and then he kind of took off there. All in all it was a solid night. Congrats to Denny Hamlin. Qualifying well and that No. 1 pit stall means everything and once you get out front, it’s so hard to get by.

There has been some horrible crashes at Indy this weekend, and one of the scariest was Helio Castroneves’. I don’t need to say much more about this one.

6. IndyCar Series: Hinchcliffe has even bigger crash, taken to hospital for surgery

And if you think that was bad, you should have a look at James Hinchcliffe’s massive shunt. He was injured in this one, and flown to the hospital soon after. He’s now recovering after surgery and we wish him a speedy recovery.

The FIA World RallyCross paddock celebrated its third different winner in three events this season when Heikkinen took the flag in the final heat of the Belgian weekend. He did well to hold onto the lead after Petter Solberg was presurising him at every turn. It’s the Finn’s second win in Belgian on the trott.

In an embarrassing day for BMW, the Audi R8 LMS of Christopher Mies, Edward Sandstrom, Laurens Vanthoor and Nico Muller claimed top honours, nearly 50 seconds ahead of their German rivals. It was the first time that the R8 LMS raced in the Nurburgring 24H, and my, what a debut it was.

Playing a support role at the Nurburgring, the WTCC circus enjoyed its first race at the legendary track. The Citroens of Lopez and Muller shared the spoils across the two races, but one thing’s for certain, the Nurburgring Nordschliefe should definitely be a part of the WTCC calendar going forward. 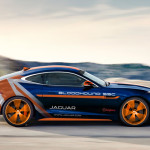