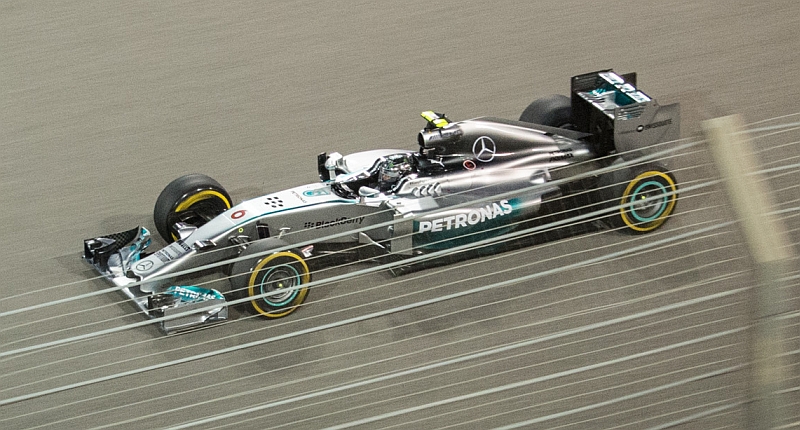 It was a bumper motorsport weekend and in more ways than one. We’ve seen some big accidents in some of the races this weekend, and all had a bearing on the race outcome.

The IndyCar Series continued its tour of American road courses with the GP of Indianapolis, while the Formula E circus rolled on to a smaller Monaco circuit. The World Superbikes were in action at Imola, the scene of many a great motorcycle race in the past, and after a three week break Formula 1 resumed in Spain.

So, without any further ado, here are some of the moments and news you might’ve missed this weekend.

Race one was marred by a sickening crash after just nine laps, which ultimately led to an exciting six lap spring to the flag. But, as dominant as he is this season, Jonathan Rea took yet another double around Imola.

Tom Sykes came close to challenging his teammate, but ultimately it was the Northern Irishman’s weekend yet again.

Mercedes is still fast and Ferrari is still second fastest, but the major talking point was the Mercedes driver who won. Nico Rosberg took a mega pole on Saturday and led from the flag on Sunday, to finally break Lewis Hamilton’s stranglehold on this year’s Championship.

Don’t get me wrong — it was still a terribly boring race, but it was highly entertaining to see Nico win for a change. We would still love to see wheel-to-wheel action like Senna and Mansell back in 1991 though.

In other news, the cry baby of Formula 1 Red Bull has threatened to quit F1 yet because it’s current engine, supplied by Renault, isn’t as competitive as it had hoped.

To be fair, it’s shockingly underpowered compared to Mercedes’ and Ferrari’s, and the team is struggling as a result, picking up its highest place finish of just sixth this season. But it has suggested that if Audi were to produce power units for the team (or flat-out purchase the team), it will remain in the series.

We really couldn’t care, frankly. We don’t see McLaren and Honda complaining about their current form and not too long ago, the Renault power unit was the pinnacle of the sport. It practically dominated for four straight years.

Although it would be brilliant to see Audi return to Formula 1 (it last battled against the likes of Maserati, Mercedes, Alfa Romeo and Ferrari before the World Wars) but the company has made it clear that it will not quit the Le Mans/WEC programme to jump into F1.

This, of course, could all change come 2016 should Porsche, Nissan or Toyota grab Le Mans honours. Audi currently leads the WEC Championship though.

4: IndyCar Series: Will Power romps to rather boring GP of Indy victory

In a strangely boring IndyCar Series event, reigning Champion Will Power left the rest of the field in the dust to win the lesser-of-the-two races at Indy. He’s arguably one of the best drivers to not have gained a Formula 1 seat, and he showed it, dominating the GP from start to finish.

Although there was a Formula E-like shunt going into the first corner, this didn’t bother the Australian too much.

TCR is a brilliant little series, and it can only get better. It’s latest adventure saw the drivers hit Portimao and the Danes of the series just couldn’t resist starring.

Nicki Thiim in the Audi TT won his first race of the season in race one, with Michel Nykjaer in the SEAT Leon taking the chequered flag in race two.

Stoffel’s definitely a star of the future, with the Belgian taking a record sixth pole position in a row in GP2. That’s massively impressive.

He took the feature race and retained his Championship lead, and finished second in the sprint race, but more importantly British driver Alex Lynn secured his first ever GP2 race victory. And it was impressive (and probably more interesting than F1 this weekend).

When plans were revealed of a shorter, quirkier Monaco Formula E circuit, the motorsport world sighed. It would’ve been one of the only moments that Formula 1 cars could be compared to Formula E cars, as both would’ve run on the same circuit.

8. NASCAR Sprint Cup: Jimmie Johnson into the Chase after winning in Kansas

The awkwardly named Spongebob SquarePants 400 was won by an equally legendary figure this weekend — Jimmie Johnson. 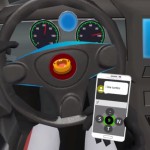