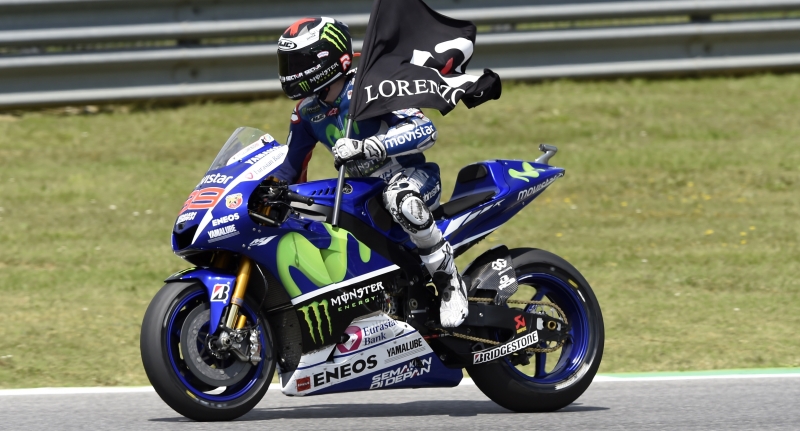 This weekend’s motorsport action, although contending with the lull after Monaco and Indy, was anything but stale.

The NASCAR Sprint Cup series rolled on to the Monster Mile at Dover, and was a brilliantly contested race. A few thousand kilometres east at Mugello, Italy, the MotoGP circus rolled on to the home of Ducati and Valentino Rossi (one would assume based on the 100 000 fans present at the circuit.

This weekend was also important as the World Endurance Championship and 24 Hours of Le Mans entrants took to Circuit de la Sarthe to rehearse what is their most important event of the year, and the final race of motorsport’s Triple Crown.

Of course, we have news from the IndyCar Series too (which took a break from ovals) and DTM which hosted its second round at the Lausitzring this weekend.

So, without any more ado, here are the moments you might’ve missed.

Brendon Hartley ended the Sunday test sessions quickest in his Porsche 919 Hybrid, just edging out his teammate Neel Jani. Hartley set a 3:21.061 early in the rain affected day, and subsequently, the time stood out with weather not lending to increased grip levels or driver confidence.

With that said, Le Mans testing is often a misnomer as a race day barometer. Often teams only show their hand come race day, so we should be in for quite a different story in a few days time. The 24 Hours of Le Mans will begin on 13 June, and end at 3pm on 14 June.

Goodness, what a romp.

After the first three races of the year, the MotoGP paddock thought Jorge Lorenzo was past his best, but it seems that the double MotoGP Champion is only getting started. He won his third GP on the trot at Mugello, beating the fast starting and pole sitting Andrea Ianonne, incidentally his first MotoGP pole ever. He finished second, nearly eight seconds behind Lorenzo.

Lorenzo’s teammate and Championship leader, Valentino Rossi came back from a torrid start to finish a deserved third on the grid. And what of Marc Marquez? Well, he was on his way to second behind Lorenzo, until he fell off. The defending Champion is now fifth in the Championship, incredibly, behind the two Yamahas, and Ducatis.

3. IndyCar Series: drenched Dual in Detroit ends with Munoz’s first win, Bourdais first in a while

The rain falls in Spain, huh? Not quite. Detroit seemed to be the wettest place on the planet this weekend, with the first Dual in Detroit race brought to an abrupt end. This wasn’t all bad though, as it handed prodigy Carlos Munoz his first Indy win of his career.

The second race however was a bit of a mixed bag, filled with incidents, crashes, dodgy tyre choices and traffic. Sebastian Bourdais walked away with the win, followed closely by Takuma Sato and Graham Rahal.

The next IndyCar Series race will take place on an oval, so hopefully we’ll see a bit more sunshine down in Texas.

What a strange NASCAR race this was. Not only did strategy play a huge part in this one, but also cautions. Two laps from the end, Jimmie Johnson lead by with tyres that were so incredibly worn. Everyone behind him? New rubber.

Of course, at the restart, Johnson got the jump he needed and romped away to his tenth victory at Dover’s Monster Mile.

5. Formula 1: Max Verstappen scares the hell out of his father Jos around Monaco

Jos Verstappen was a pretty fearless character, wasn’t he? In his time in Formula 1, he pulled off some daring passes of his own and drives worthy of a better car. It’s clear to see where his son gets his aggression from. But is it too much, at least that’s what Jos asked himself when his son took him on a lap around the fabled streets.

This is definitely one to watch, and Jos’ concerned face makes it all the more worth it.

PS: Max didn’t crash on this one.

The DTM circus is now in full swing with the cars making a turn at German’s theatre of speed, the Lausitzring. Brit Jamie Green seems totally at home here too, having claimed the double for Audi. It rounded off a mega weekend for the Ingolstadt outfit too, with Green blitzing the field in qualifying by half a second, and Audi occupying the top five places in Sunday’s main race.

Green extends his Championship lead, and interestingly, becomes the first DTM driver to do a weekend double at a circuit in over 13 years. 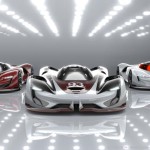