More
Home
Subscribe
Skip
Continue in 10 seconds
Skip
By Richard Bezuidenhout
Read nextCould a future Apple car be based on the BMW i3? 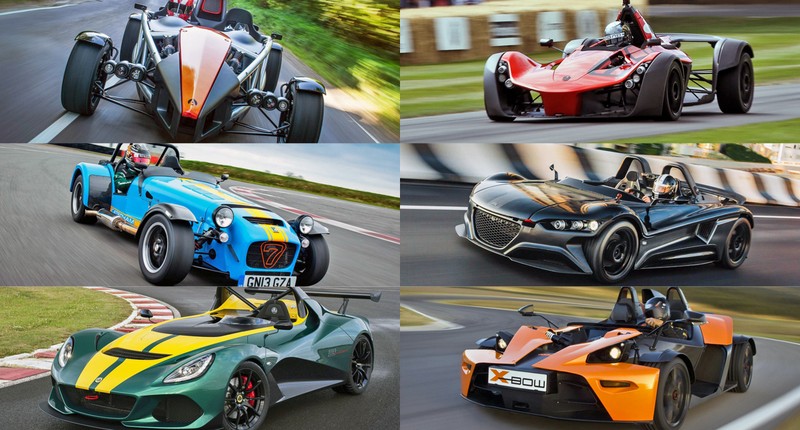 So, you enjoy blasting around a racing circuit, but don’t see the appeal of buying a track-only car?

You’re in luck (if you have plenty of cash, of course). There are a number of track-focused, lightweight sports-cars out there, many of which will give most supercars more than just a black eye. And, best of all, they’re all road-legal – in most countries, anyway.

Just don’t expect anything in the way of creature comforts. They may be street-legal, but these little track monsters generally favour function over form, and are thus nothing short of uncompromising to drive. Yes, it’s all about noise, acceleration, and handling.

So, we decided to take a look at six of the best low-production examples around. Four are built by British companies and one by an Austrian motorcycle-maker. And the final model? Well, it’s only just gone on sale in its home country of… Mexico. Built by the Somerset-based Ariel Motor Company, the two-seater Atom proudly shows off its exoskeleton, and features neither doors nor windows. The brand describes the vehicle – which was first developed back in 1996 – as “more than a car”, instead preferring to label it a “tool” (insert childish giggle).

The base-model Atom employs a naturally aspirated 2.0-litre K20Z i-VTEC four-cylinder engine from the folks over at Honda, churning out 183kW at a lofty 8600rpm and 240Nm at 7200rpm. Drive runs through a six-speed close-ratio transmission, which is likewise pinched from the Japanese automaker. The sprint to 100km/h takes around three seconds (or a startling 2.3 seconds in the V8-equipped Atom 500 version), while top speed is a claimed (face-bending) 233km/h.

The standard Atom tips the scales at just 520kg, while the fully adjustable suspension setup can be tweaked with little more than a spanner. As one would expect, the Ariel Atom is most at home on a circuit, and with the V8 model having set a lap record around Top Gear’s Dunsfold track back in 2011. It was in that very year that the Liverpool-based Briggs Automotive Company (BAC) launched the Mono, a single-seater track weapon that makes extensive use of carbon-fibre composite. The company says it custom-builds the cockpit around the buyer’s body shape and size, making for a truly personalised vehicle.

The BAC Mono used to borrow its powerplant from Ford, in the shape of a 2.3-litre Duratec four-pot breathed on by none other than Cosworth. But for the 2016 model, the British automaker has switched to a 2.5-litre unit from Essex-based tuning firm Mountune, linked to a six-speed sequential gearbox. The result, naturally, is more power: 227kW and 308Nm, to be precise. The obligatory dash from standstill to 100km/h takes 2.8 seconds, before the Mono tops out at an impressive 274km/h.

Weight is a claimed 580kg, with distribution sitting at a pretty much ideal 48 percent to 52 percent, front to rear. And, in the interests of practicality and safety, the nose of the BAC Mono integrates a small luggage compartment and doubles as impact protection. The Lotus Seven was produced from 1957 through to 1972, before Caterham Cars bought the rights to the two-seater’s design. Since then, numerous different Caterham models have been built, utilising a number of chassis types and engines.

The range-topping 620 R, however, is particularly special, and is currently the fastest road-legal model the Sussex-based manufacturer has ever built. It employs the same 2.0-litre Duratec engine as its predecessors, but Caterham has added a whopping great supercharger, coaxing a mighty 231kW and 297Nm from the Ford-badged mill. The magical three-figure mark is reach in just 2.8 seconds, while top speed is a claimed 250km/h.

The retro-styled Caterham Seven 620 R uses a six-speed sequential ‘box and weighs in at just 545kg. Unlike most other models in Caterham’s stable, which are available in kit form as well, the 620 R is sold as a factory-built model only. KTM-Sportmotorcycle AG is, of course, best known for its range of bikes. But the Austrian company has also produced one rather distinctive four-wheeled vehicle. Yes, the X-Bow – which, incidentally, is pronounced “crossbow” – was launched back in 2008, as the brand’s first foray into sportscar-building.

The X-Bow R is powered by a turbocharged 2.0-litre four-banger from the Volkswagen Group – yes, of the same family as that providing ample urge to the Golf GTI – with some 220kW and a substantial 400Nm on tap. It ostensibly runs out of puff at 231km/h. A six-speed manual transmission comes standard, with the sprint to 100km/h dispatched in 3.9 seconds – somewhat slower than its rivals on this list.

That’s likely due to the weight, which comes in a somewhat porkier 790kg. Still, there’s a racing version just been built to compete in GT4 categories, which will naturally be quicker and come with a sequential six-speed gearbox from Holinger. It looks entirely different, but unfortunately won’t be road-legal. Norfolk-based Lotus Cars describes the new 3-Eleven – which will go into production from February 2016 – as its “quickest and most expensive series production car ever”. Two versions of 3-Eleven will be available: Road and Race.

The Road variant uses a close-ratio six-speed manual gearbox with a Torsen-type limited slip differential, while the Race model adds a more aggressive aero kit, a six-speed sequential gearbox (and paddles), and an FIA-approved driver’s seat with a six-point harness. The track model is expected to weigh less than 900kg. Back in 2013, a certain Mexican automaker whipped the covers off the Vuhl 05 sportscar in the United Kingdom. The motoring world let out a collective gasp… before waiting some two years for further news. Now, finally, the first example of the 05 has been delivered to a customer in Mexico, with other markets set to follow in due course.

A 2.0-litre EcoBoost engine from Ford provides the grunt, driving the rear wheels through a six-speed manual gearbox. Official figures stand at 213kW and a turbocharged-flavoured 420Nm, which in turn facilitate a 3.7-second scurry to 100km/h. Top speed, meanwhile, is a claimed 245km/h.

The bonded aluminium monocoque and lightweight body tip the scales at around 725kg (or about 30kg less with the optional carbon-fibre box ticked), with some 63 percent handily set over the rear. Designed and built in Mexico, the Vuhl 05 nevertheless has what its maker dubs an “international specification”, with some 40 percent of its components sourced from the UK. 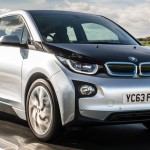