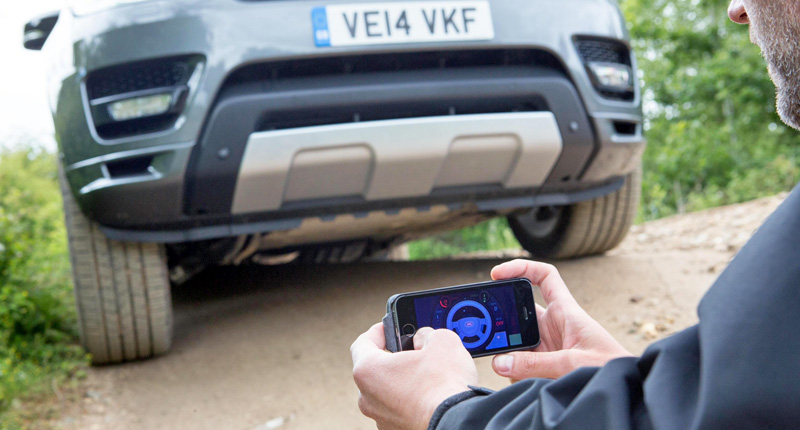 Many automakers have built their reputations in one specific area of expertise.

Volvo, for instance, is considered by many as a byword for automotive safety. And, in most markets, Toyota is thought of as the ultimate when it comes to reliability.

So, what about Jaguar Land Rover? Well, these two British brands, which are now part of the Tata Motors stable, each certainly boast long and storied histories.

But, over the past few years, the Jaguar Land Rover group appears to have shifted focus somewhat, spending oodles of time and money researching and developing the sort of technology it expects cars of the future to employ. And, to a degree, this has come to define the modern Whitley-based multinational.

So, exactly what sort of future tech are we talking about? Well, all sorts – from the seemingly far-fetched to the genuinely useful. We round up six of the best examples from the past couple of years. If the bespectacled researchers have their way, vehicles of the future will monitor the brainwaves that indicate a driver’s mind is beginning to drift from the task at hand. And if the measured brain activity suggests poor concentration, the steering wheel or pedals would vibrate in a bid to jolt the pilot back to reality.

Since nobody would likely want to drive around with pesky sensors attached to their skulls, the brainwaves would probably be monitored through the hands via sensors embedded in the steering wheel. Software would then amplify this relatively weak signal and filter out any unwanted background noise. A car that can read your mind? Think clean thoughts… This one scores extra points seeing as a working prototype actually exists. A Range Rover Sport has been kitted out with the necessary equipment to allow it to be controlled – from outside the vehicle – via a smartphone application. Whoever’s holding the phone gains control of the steering, accelerator, and brakes, and can even toggle the transmission between high- and low-range.

The prototype works up to a maximum of 6km/h, which (besides the obvious safety benefits) allows the driver/controller to walk alongside the vehicle, when negotiating extreme off-road terrain. Jaguar Land Rover also says the tech would be useful when inconsiderate parkers block easy access to the driver’s door in cramped spaces. Win. Jaguar Land Rover’s finest boffins are currently playing around with surface-sensing technology, which the brand hopes will allow its future vehicles to detect potholes and other hazards before any damage is done. Of course, the success of this sort of tech is crucial if we are ever to see autonomous cars on our roads.

Taking the idea a step further, the British automaker reckons there’s room for real-time sharing of data (via the cloud) collected by such vehicles, providing other cars with the location of alloy-crunching hazards before it’s too late. Furthermore, this information – including the GPS location of said pothole – could then be automatically shared with road authorities, helping them to prioritise repairs. There’s no denying that two-wheeled road-users are a vulnerable bunch, seeing as they’re not protected by a chunky metal shell. So Jaguar Land Rover says it is “developing” a technology that uses colours, sounds and touch (yes, touch) inside the car to alert drivers to potential hazards involving bicycles and motorcycles.

Thanks to an army of sensors, the vehicle would be able to see such road-users coming, before alerting the driver using lights and sounds (this, according to the brand, is far quicker to process than generic warning icons). The idea is that the audio system would make it sound as if a bicycle bell or motorcycle horn is coming through the speaker nearest the bike, before the top of the car seat extends to “tap” the driver on the relevant shoulder, alerting him or her to the bike’s upcoming overtaking manoeuvre. You’ve no doubt been in situations where your car’s pesky pillars have impeded on your vision. If only they were see-through, right? Well, Jaguar Land Rover reckons it could one day soon embed a screen in the surface of each pillar, which would then display a live feed from cameras covering the blind spots created by these six pillars. The result, in effect, would be an uninterrupted, 360-degree view out of the vehicle. Splendid.

Additionally, the windscreen itself could end up functioning like a giant head-up display, with the Tata-backed manufacturer even revealing that it’s working on a “Ghost Car Navigation” system, which would project an image of a vehicle in front of the driver’s car for them to follow to their destination. In the future envisioned by Jaguar Land Rover, your car would “recognise” you the moment you open the door (likely by automatically linking to your smartphone). The vehicle’s mirrors, steering wheel, seat, and climate control settings would thus automatically all be set to your preferences – even if it were a hire car you’re driving for the very first time.

The brand says the “self-learning” system would also be able to – based on historical usage – predict who you are likely to call in a certain situation; activate passenger preferred infotainment settings and personal climate zones; access your calendar and alert contacts that you will be late (based on traffic conditions); and apply learned distance settings and acceleration profiles once the auto-adaptive cruise control is engaged. 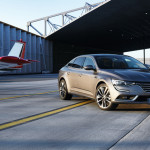