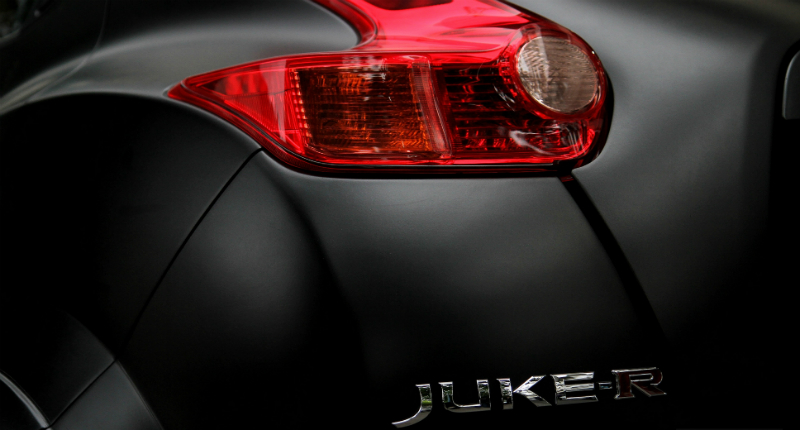 If you have seen the Juke on your roads, you will recognise the uncomfortable feeling this insect on wheels would strike into your gut. Your eyes may start to water and there is a high chance you would wonder why this Nissan looks like it has been punched in the boot to cause an over bite for a grill. An alien has been mentioned, a frog springs to mind but generally the Juke sticks out like a sore thumb in a proctologist’s office. Before you decide the Juke is beyond the point of cosmetic surgery, think again, because all that was really missing was a roar. R for roar and R for the Nissan Juke R, here are five reasons why the Juke R has changed the way we see frogs and bugs.

A face lift generally helps when improving the aesthetic appeal of a car, so that is what the Juke got, with a body kit that resembles the Hulk after 36 hours in the gym. Looking like it could punch you into next week, the new grill has supermassive black holes that are designed to help cool the abomination under the hood. Just look at it, the bulky side skirts and low set suspensions makes it look like the batmobile’s evil twin. Daytime running lights, newly designed GT-R wheels and a new grill that makes you want to French kiss this automotive beauty. The rear now has a fresh style of winglets that reminds you of that out of this world element that the Juke is so good at pulling off.

Take a second to just digest that and then take another minute to start your heart again. This is what happens when you put the engine of one of the fastest production cars into a standard production car. The Juke is one letter away from a nuke and the atomic price tag shows. The Rolls Royce Phantom costs around US$500 000, the Ferrari 458 Italia will go for US$250 000, the Bentley Continental will set you back between US$212 000 and US$250 000, a Mclaren 650S will add up to about US$280 000 and the Lamborghini Aventador will charge your account about US$545,000. A price tag like this turns heads among the royalty of the automotive industry; adding up to over RSA R5.5-million, the Juke R  is priced for a king.

3. This is the most ridiculous family car anyone could possibly imagine

Completely inappropriate for a parent to transport their children in, but what part of this entire car seems at all appropriate? The Porsche Cayenne Turbo seems like a fair alternative, too bad it’s top speed is a crying shame and by the time it gets to 100kmh, the Juke R is doing roughly 150 kmh. Why not buy two or three 2015 Range Rover sports for that amount of money, you will at least receive all the style that comes with the range of Ranges. Pretty awesome but still, 0-100km/h happens in a yawn of 4.5 seconds, with an extra 1.5 liters and relatively similar horsepower, the Juke still comes out more rampant and beastly. By comparison, it takes a disappointing 5.5 seconds to get to 100km/h with a 6-liter v8 engine in the G-Wagon AMG by Mercedes is such a disappointment in trying to match the Juke’s insanity.

The last release of the Juke R was a mind blowing concept which merged the duckling Juke and the motoring demigod GT-R, to produce a 485 horsepower bonnet snapping engine. Now, the engine rips a gap between space and time with a 600 horsepower 3.8-liter twin turbo maniac under the accelerator. Join the 600 club alongside the Ferrari 599 GTO, the Mercedes-Benz SL65 Black AMG, Lamborghini Murcielago LP640 or the 2010 Bentley Continental Supersport and feel what it is like to drive pure adrenaline.

One Mississippi, two Mississippi, three Mississippi and boom you are doing more than 100 km h. This type acceleration would have you breaking the sound barrier in 37 seconds and in a minute you would be coming up on Mach 2. 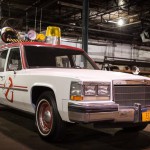