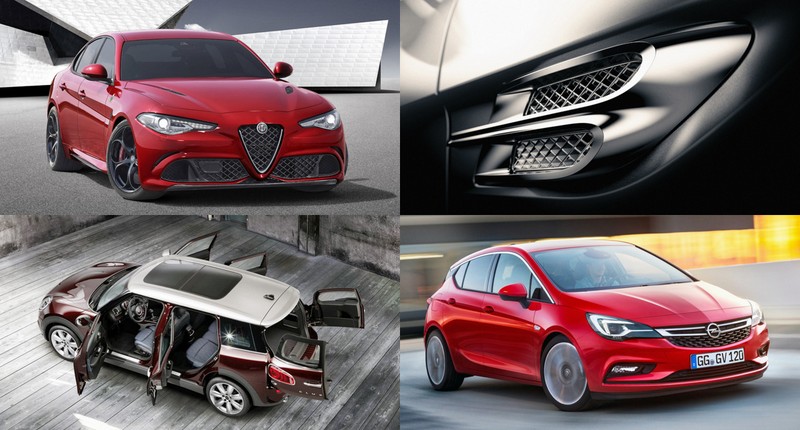 It’s regarded as the largest motor show in the world, with the first iteration being staged as long ago as 1897.

Yes, we’re talking about the Frankfurt Motor Show, which is known in Germany as the Internationale Automobil-Ausstellung (IAA).

And, as usual, all the major automakers will be there this year, eager to show off their latest four-wheeled wares to the automotive-mad world. The gates open to the press on 15 September 2015, so expect the big news to start rolling in then.

Of course, we’ve already seen official images of many of the upcoming vehicles, such is the power of the all-seeing eye that is the internet. Yes, Bentley’s jumped on the SUV bandwagon. The production version of the chunky Bentayga is expected to make its global debut in Frankfurt, before going on sale in early 2016. And, although it has yet to completely uncover its face, we can report that it bears little resemblance with the EXP 9 F concept that ostensibly functioned as its preview back in 2012.

The Bentayga shares its platform with the new Audi Q7 (and next-gen versions of the Porsche Cayenne and Volkswagen Touareg) and will reportedly be available with three powertrain options: a 4.0-litre twin-turbo V8, a 6.0-litre twin-turbo W12, and later a plug-in hybrid.

Interestingly, Bentley won’t be the only automaker in Frankfurt making its first foray into the world of SUV-building. Maserati is expected to finally reveal the Levante, while Jaguar will whip the covers off its F-Pace. Should the BMW 3 Series be worried? Well, Alfa fans would certainly like to think so, thanks to the recent unveiling of the Giulia saloon. More juicy details about the 159 successor are expected to be made available in Frankfurt when the Giulia makes its official bow, but we know a fair bit already.

The range-topping Quadrifoglio variant – which has the BMW M3 bang in the middle of its sights – will employ a Ferrari-developed 3.0-litre V6 with two turbochargers, and will boast an estimated 100km/h sprint time of just 3.9 seconds. A six-speed manual gearbox will come standard, but a self-shifting option will, of course, also be offered.

Crucially, the lightweight Giulia – which Alfa Romeo claims is pretty much perfectly balanced with a 50:50 weight distribution – will have drive sent to the rear wheels, with the option of all-wheel drive on some models. The current MINI Clubman features a rear-hinged second door on one side of the vehicle, which can be opened only once the front door is ajar. It’s a strange setup, and one that will thankfully die with the existing iteration.

The new model, due to appear in Frankfurt, has been redesigned to function more like a conventional estate car, with regular doors front and rear, and a barn-style arrangement around back. It’s also quite a bit larger than its predecessor, growing by 293mm in length, 115mm in width, and 16mm in height.

The increase in dimensions, of course, results in more practicality from a load-lugging point of view, with the luggage compartment growing some 100 litres to 360 litres. With the seats folded down, the Clubman will swallow up to 1250 litres. Expect the engine line-up to mirror that of the current hatchback range. It’s fitting that the fourth-generation Kia Sportage will officially break cover at the Frankfurt Motor Show, seeing as it was designed at the brand’s European centre in the same German city. The Korean automaker has largely managed to keep the spy photographers at bay, instead teasing the public with a couple of typically exaggerated sketches.

Still, these renderings do at least tell us that the new Sportage will be the first Kia to feature the brand’s updated “Tiger Nose” grille, while it’s also clear that the rear end has come in for some significant attention.

It’s inside, however, where Kia claims the biggest step up has been made, declaring that the new model will boast the manufacturer’s “most refined, highest-quality cabin to date”. While we expect the current petrol and diesel four-pots to remain largely unchanged, Kia has let slip that one all-new powertrain will make its way into the line-up. New-generation models tend to grow significantly in size when compared to their predecessors (just look at the not-so-mini MINI above). The upcoming Astra – prefixed by either the Opel or Vauxhall badge, depending on the market – bucks that trend. Yes, the seventh-generation C-segment hatchback is actually 49mm shorter and 26mm lower than the car it replaces, while also utilising a 23mm shorter wheelbase.

Yet, somehow, the German automaker claims an increase in passenger and luggage space (with the latter climbing from 351 litres to 370 litres). A whole bunch of fresh engines will be offered in the new Astra, too, including a naturally aspirated 1.4-litre petrol unit and three turbocharged mills (one of which will be a dinky 1.0-litre three-cylinder). The range-topping Opel Astra OPC and Vauxhall Astra VXR, however, appear to be quite some time away.

The reduction of the vehicle’s size and the use of lightweight materials mean the new Astra loses a considerable amount of weight, which plays a key role in improving fuel efficiency. But it also gains all sorts of handy kit, including LED headlights and an on-board concierge service similar to that offered by BMW. Splendid. 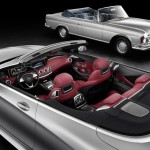