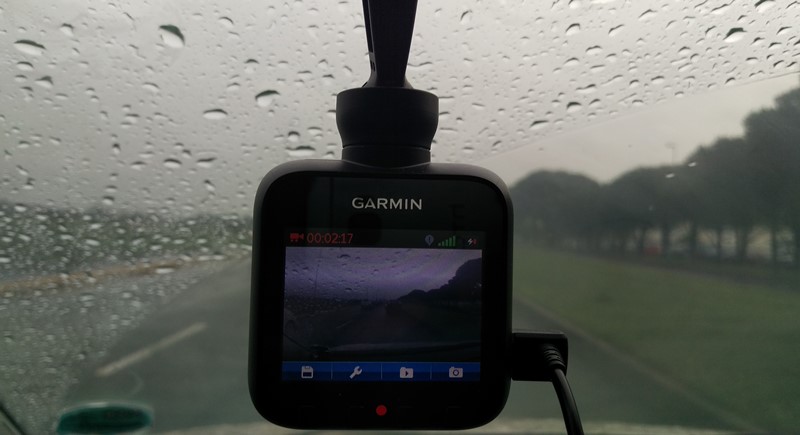 You’ve seen the countless crazy videos on YouTube. And you want in on the road-recording action.

Yes, the humble dashboard camera is gaining popularity all around the globe. No longer is this piece of on-board surveillance equipment unique to countries notorious for crash-for-cash insurance scams (we’re looking at you, Russia).

These days, many more motorists utilise dashcams as “protection” devices, since footage can help prove liability in the case of a crash (depending on that country’s regulations) or challenge apparent traffic violations, for example.

Of course, they’re also rather useful for capturing all manner of generally unexpected events. And making you fleetingly famous online.

So, what do you need to look out for when doing research on and shopping for your first dashcam? Here are six things you should keep in mind…

Generally speaking, any video footage of an otherwise unrecorded occurrence is better than none at all. But there’s little doubt that the benefits that come with full high-definition (i.e. 1080p) are worth the small extra outlay of cash.

We spent some time using a borrowed dashcam that recorded in low resolution… and the results were truly horrendous. Number-plates were virtually unreadable and low-light conditions just made things worse.

Once we upgraded to a full HD camera recording at 30 frames per second, however, the resulting crisp footage proved infinitely more useable. We were able to zoom right in with little quality loss, and could see all the detail we needed. Bear in mind, though, that high-quality video takes up far more storage space, so be prepared to upgrade to as big a memory card as you device supports.

Making the most of your dashcam means using it EVERY SINGLE TIME you drive. Forget it at home or fail to hook it up – even if you’re just popping down to the shops – and you may just end up regretting it. And that’s what makes an auto recording function all the more important.

Dashcams with this feature automatically start recording when the vehicle’s ignition is on, and stop once the car has been switched off. Essentially, you just hook it up and forget about it, allowing the camera to overwrite the oldest segments of footage once the card is full. Essentially, you never have to remember to hit “record”.

Keep in mind, however, that this function will not work with certain vehicles. We found, for example, that the new Ford Focus ST’s 12-volt sockets are always live, rather than being linked to the ignition like in most cars, which necessitated physical unplugging each time we switched off the vehicle.

Should you be looking for an ultra-wide-angle lens? Well, there are pros and cons. The wider the angle, for example, the more image you’ll be able to capture. And this increases the chances of your dashcam recording an incident that’s not directly in front of your vehicle.

But remember that this wide angle will effectively make everything appear further away (particularly once you go past 120 degrees or so), which in turn makes seeing the all-important details all the more challenging. But, if you’re keen to be able to read the number-plate of a vehicle far in the distance, you could always opt for a super-high-quality lens to mitigate the effects.

Also, take note that some cameras allow you to choose from a range of angles, giving you the chance to find which best suits your needs.

Whether you’re going to be installing your dashcam in your own car relatively permanently or moving it between multiple vehicles, one thing you definitely want is as long a power cable as possible.

A lengthy cable can be tucked away under interior trim, running unobtrusively around the cabin to the chosen power outlet (which is even more important if you’re mounting a second camera facing out the rear screen). This way, the installation can be kept neat and discreet.

Alternatively, you can hard-wire the camera system into the vehicle, which would make for an even smarter installation and free up a 12-volt socket for other uses. Of course, this would require an additional outlay on special kit.

Many of the latest dashcams boast a GPS tracking feature. This allows the user to pinpoint the location of an incident, which some people may find useful. Indeed, the software that comes with some products even allows the playback of video alongside a map.

However, the GPS also records the vehicle’s speed – sometimes even stamping it on the footage – which may or may not be a good thing. If you were exceeding the speed limit in the moments leading up to a crash, for example, you wouldn’t want that information documented – even if the incident was seemingly the other driver’s fault.

But, if you’re the type of driver who never breaks the limit, this shouldn’t be a worry. Indeed, it may even help you challenge a traffic violation (bear in mind, however, that it is unlikely to hold up as concrete evidence in court in most countries).

Dashcams equipped with a G-sensor have the ability to measure the movement of the vehicle through three axes. When it detects significant changes – in theory, when a car is involved in a crash – it locks the video file being written, automatically saving the possibly crucial evidence.

Thing is, a poorly surfaced road, sporty suspension, or even sudden acceleration or braking is sometimes enough to trigger the function, which means the memory card quickly fills up with utterly useless footage that can’t be overwritten (until the card is next formatted, that is).

Of course, many products allow the sensitivity of this function to be altered, but even then the most innocent of movements (negotiating a speed-bump with a little too much enthusiasm, for example) can end up deceiving the device. We’ve chosen to disable the function altogether on our current dashcam, and don’t believe a G-sensor is a necessity. 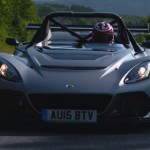