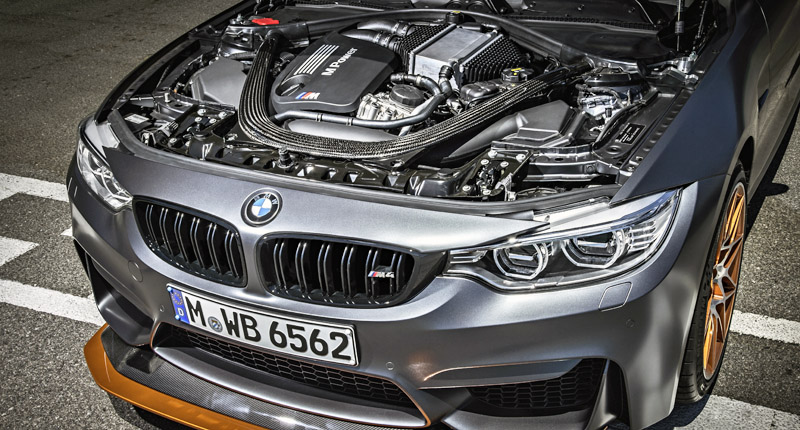 The folks over at Bayerische Motoren Werke certainly know how to celebrate a milestone.

No, we’re not talking about the little office party they threw when Lukas in accounts found out his wife was pregnant.

We are, instead, alluding to the Munich-based automaker’s penchant for dreaming up tasty high-performance special edition models to mark its various achievements.

The latest in a drool-worthy line that includes the M3 CSL, M3 GTS, and M3 CRT? None other than the 2016 BMW M4 GTS, which will serve to celebrate the 30th anniversary of the M3 (yes, this famed moniker has been around since 1986).

Naturally, it’s based on the already monstrous BMW M4 Coupe. But, rather than simply making the standard model lighter and bolting on a somewhat over-the-top rear wing (which it’s done anyway), the luxury brand’s “M” division has opted to take things a step further. Of course, water injection is hardly a new idea. In fact, the technology has been around for many a year, used in everything from aircraft to the odd production car and indeed in various disciplines of motorsport. But BMW appears intent on bringing it back to modern production vehicles. And, it seems, on a relatively wide scale, too.

The special edition model – of which just 700 will be made available worldwide – features the manufacturer’s familiar 3.0-litre inline six-cylinder petrol engine. But, with a generous squirt of good ol’ H2O into the turbocharged mill, peak power rises from 317kW to 368kW – a substantial gain of 51kW.

Maximum torque, meanwhile, jumps 50Nm to 600Nm, while top speed climbs to an electronically limited 305km/h. And the all-important sprint from zero to 100km/h? Well, that falls three-tenths to just 3.8 seconds, making it quicker than that other monster German coupe, the Mercedes-AMG C 63 S.

BMW says all of this added go-forward goodness comes without a compromise to fuel economy, which it claims holds steady at 8.3 litres per 100km. And that’s part of the beauty of water injection: not only does it provide more power, but it makes that added power more efficiently (and thus with fewer emissions). And that’s the reason we can expect to see the revived technology rolled out to many turbo-petrol BMWs of the future. Yes, while the M4 GTS will be the first production BMW featuring water injection, the brand has been testing the system in both its MotoGP safety car and in a 1 Series prototype – the former prioritising power and the latter economy.

So, how does all this water injection business work?

Well, the water is injected into the plenums of the intake manifold as a fine spray. As it vaporises, the intake air is significantly cooled, and the final compression temperature in the combustion chamber is thus markedly reduced. This, in turn, cuts the engine’s tendency to knock (which is basically uncontrolled combustion), therefore allowing the turbocharged mill to use higher boost pressure and earlier injection timing.

BMW says that while this clearly increases under-bonnet oomph (particularly at full throttle), it also “reduces the thermal stress on performance-relevant components”, thereby “enhancing the stability and durability of the turbocharged engine”. And it works with low-octane fuel as well.

Of course, that water has to come from somewhere. The MotoGP safety car features a five-litre water tank in its boot, along with a water pump, sensors and valves – but that requires topping up and adds weight. The 1 Series prototype, however, uses a system that will likely be carried over to production vehicles. And it requires hardly any attention at all.

You see, the prototype features an on-board water recovery system that is “fully self-replenishing”. The water injection supply is automatically kept topped up through the recovery of condensed water from the air-conditioning system. Smart stuff. Each time the engine is switched off, the water in the hose system drains back into the frost-protected tank, guarding against components icing up and preventing engine corrosion. Of course, BMW makes sure to mention that such a system wouldn’t work in “exceptional climatic conditions”.

Productions models may in fact also feature a small auxiliary tank in the engine bay, although it’s expected that this will require refilling only every 18 000km or once a year (provided the air-con produces sufficient water).

So, when can we expect to see such systems rolled out to production BMWs? Well, the German automaker appears reluctant to specify a date, but nevertheless seems confident that it will indeed happen.

In fact, it believes water injection will one day become as “normal” or as common as, say, variable valve timing.

And, if the company can indeed meet the promise of simultaneous improvements in power and economy, we can hardly wait. 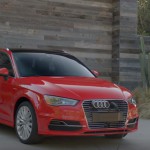