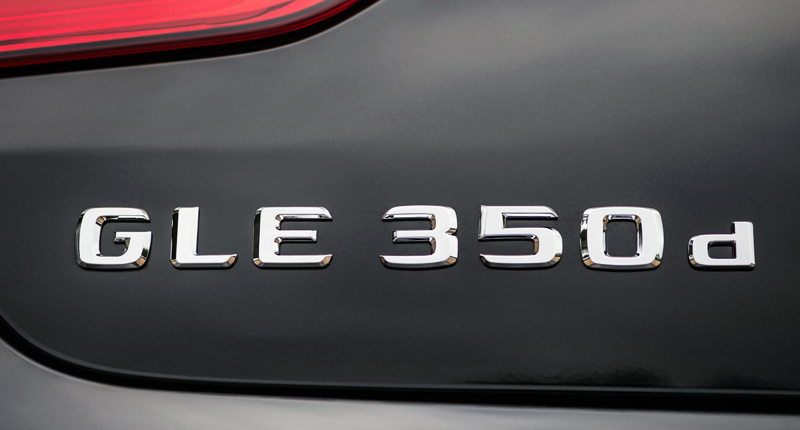 Way back in 1994, the heavyweights at Mercedes-Benz HQ decided to shake up the brand’s model-naming system.

And so, determining the designation of each new derivative came to involve halving the age of the chief vehicle designer’s second-born child, multiplying by 13.74, and tacking this rounded-down number on to the end of whichever letter – or three – happened to be pulled out of Heinrich’s traditional Alpine hat that day.

Okay, so this is obviously somewhat of an exaggeration. Heinrich wouldn’t have been caught dead in one of those hats. And the nomenclature did, admittedly, make sense to a point. It’s just that there seemed to be about as many exceptions as there were rules. And, to the average car-buying layman, it all became a little too confusing.

Fast-forward 20 years — to around 12 months ago — and the top brass in Stuttgart finally came to their senses, announcing a plan to swap the somewhat complex nomenclature for a palpably more logical, easier-to-follow (but still alphanumeric) naming system.

And, now – with the recent reveal of the refreshed and renamed GLS – pretty much all of the new badges have made their way on to the rumps of their respective models. So, what better time to take a look at exactly how the new nomenclature works?

The latest system is built around the brand’s well-known core model series (A, B, C, E and S), complemented by a further three categories: SUV, four-door coupe, and roadster. So, an A-Class remains an A-Class, a B-Class is still a B-Class, and so on.

All SUV models, however, now feature the letters “GL” in their names, followed by a third letter that indicates the vehicle’s link to the relevant core model series. So, the GLA is essentially an A-Class SUV, the GLC (previously named the GLK) is a C-Class SUV, the GLE (previously called the M-Class or ML) plays the role of an E-Class SUV (of which there is now also a coupe variant, the GLE Coupe), while the GLS (formerly GL) is touted as the S-Class of SUVs. The G-Class (along with the V-Class) is unaffected by the change. 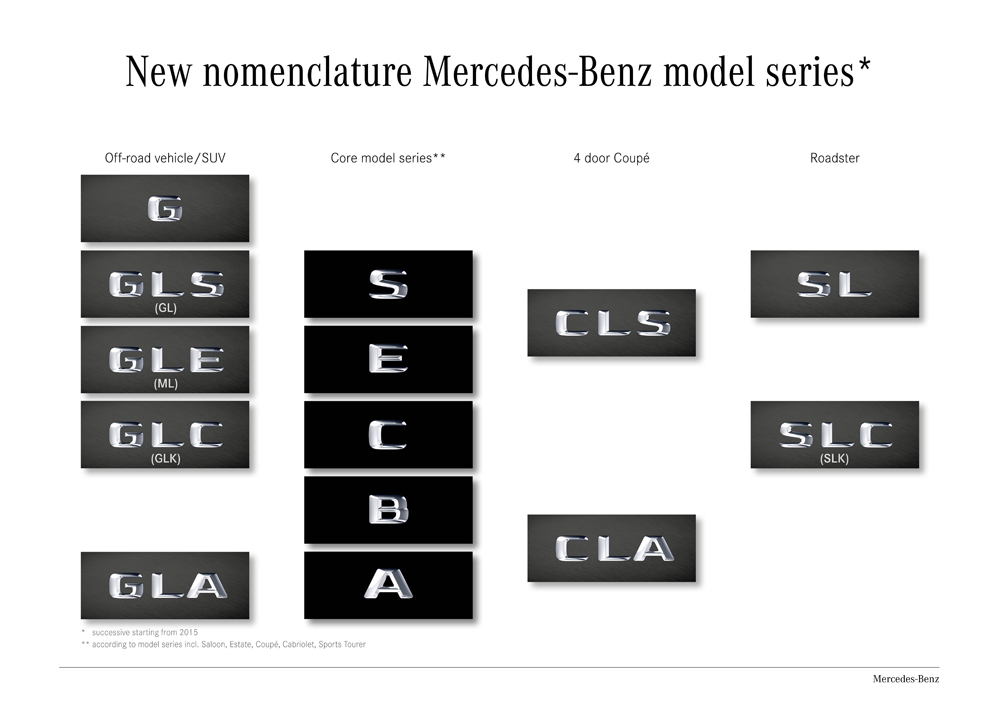 Similarly, models in the four-door coupe range are identified by the letters “CL”, again followed by a third letter connecting them to a core series. The CLA, therefore, is a four-door coupe version of the A-Class. Strangely, however, Mercedes has decided to stick with the CLS badge, even though this model is built on the E-Class platform (CLE would perhaps have made more sense).

One of the automaker’s two roadsters is also affected by the amendments, swapping its SLK badge for an SLC insignia (the SL, however, carries on unchanged).

So, that’s that, right? Not quite. The various types of powertrains that make up the brand’s burgeoning global range have also been handed new designations, each consisting of a single lower-case letter placed after the model name. Suffixes such as “BlueTec” and “CDI” are thus a thing of the past.

Compressed natural gas vehicles use the letter “c” and diesels the letter “d”. Electric vehicles, meanwhile, predictably sport an “e”, while hydrogen fuel cell models and hybrids feature an “f” and “h”, respectively. What about petrol variants? Well, just as before, these models bear no suffix at all. Furthermore, all-wheel drive derivatives retain the “4MATIC” designation. 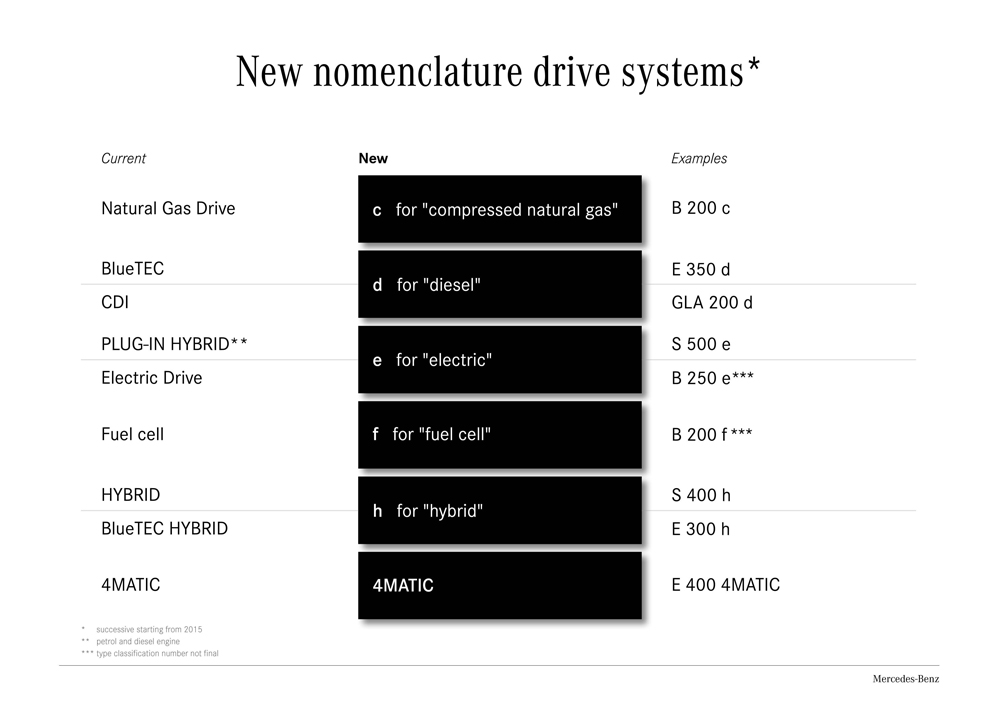 To see just how the naming process has changed, consider the following example: what was once the ML350 BlueTec 4MATIC is now the GLE350d 4MATIC. Simple, right?

Okay, this new nomenclature still represents a fair whack of information for a non-petrol-head to process – mostly due to the sheer (and growing) number of models available – but it’s a damn sight simpler than the old system. Even if you include the now-separate Mercedes-AMG and Mercedes-Maybach divisions.

What’s the reason for the drastic change? Well, Mercedes-Benz will be introducing all manner of completely new vehicles over the next half-decade or so, and these adjustments essentially serve to clean up the naming system. 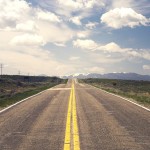 The South African Guild of Motoring Journalists has announced the finalists for the 2021 SA Car of the Year awards, with Toyota and Hyundai…