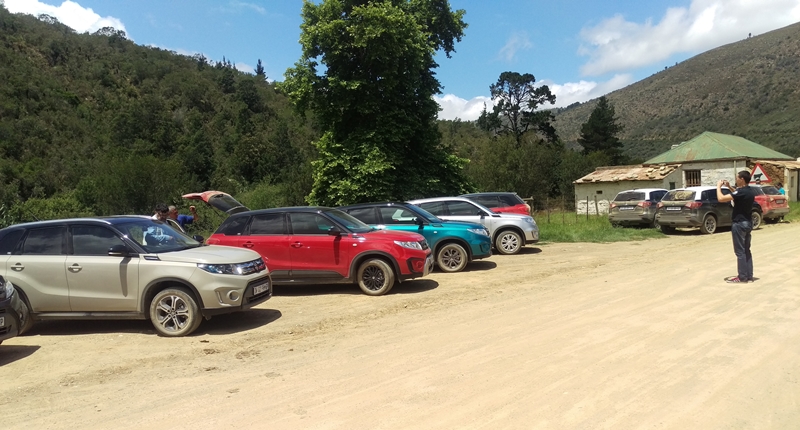 Motorburn readers with a long memory might recall the original Suzuki Vitara, released nearly 30 years ago. Those with a slightly shorter memory might recall the Grand Vitara, the slightly larger, more well-equipped version that launched a little later. The current Vitara, recently launched in South Africa has little to do with those earlier predecessors, and that might not be the worst thing.

Built on an entirely new platform, the latest generation Vitara is more of a compact crossover, and is Suzuki’s attempt to take on the likes of the Nissan Juke and Ford Ecosport. Whether it manages to do so will largely be down to the buying public. But after putting the Vitara through its paces, Motorburn can say that based on driving experience alone, the competition may well be tighter than it looks.

Before we get into our thoughts though, here’s what you need to know about the Vitara:

The Vitara range spans three specification levels – GL, GL+ and GLX – and a choice of two transmissions, as well as either front-wheel or AllGrip all-wheel drive. All five models are equipped with the same four-cylinder petrol engine. The 1.6-litre unit couples a maximum power output of 86 kW at 6 000 r/min is coupled to a torque peak of 151 Nm at 4 400 r/min.

All five models are equipped with a number of safety features that including ABS anti-lock brakes with brake assist, electronic stability control, seven airbags (including a knee airbag), front seat belts with pre-tensioners and load limiters, and IsoFix child seat tethers.

While Suzuki is adamant that the Vitara took absolutely no design cues from the Range Rover Evoque, it’s easy to see why some might think that, especially in its two-colour configurations. It’s also possible to shades of the Citroen C4 Cactus, especially in the Vitara’s side panels and wheel arches.

Neither of those echoes are bad things and the Vitara is far from bad-looking. That said, there’s a marked difference between the top of the range Vitara — with all the bells and whistles attached — and the bottom of the range base model. That’s a pity, because it suggests that Suzuki could potentially have been bolder with the design. After all, car buyers have increasingly shown that they’re prepared to spend on something that’ll make them stand stand out. As things stand, no one will mock you for owning Vitara, but you probably won’t get quite the same kind of admiring looks Juke drivers do.

Inside, things are again dependent on the model and accessories you you choose. The GL+ we drove was comfortably appointed, but didn’t offer much in the way of colour or exciting design elements. If that doesn’t worry you though, then you can feel comfortable knowing that the Vitara has all the features you’d expect.

The main instrument binnacle is dominated by dual analogue dials for speed and rev count, while an information display between the two dials offers selectable trip computer information, including instant/average fuel consumption, operating range, average speed, outside temperature, a trip meter, odometer and a digital clock.

The steering wheel is adjustable for tilt and reach, and depending on model, is equipped with convenient multifunction controls for the audio system, hands-free telephony, and cruise control and speed limiter systems.

On the road the Vitara is comfortable, quiet, and has enough power to get you most situations. At times acceleration felt a little slow, especially in top gear, but if you won’t your hair blown back, you’re probably not in the market for a compact crossover any way.

On gravel and dirt roads, things get a little more interesting. We drove the Vitara on a couple of particularly winding mountain pass tracks and had some real fun doing so. While it was pretty easy to get the Vitara’s bum wiggling, getting it back on track was also fairly simple, meaning that we were able to get our grins going without ever feeling like we were in danger. On the occasions we lost pace going uphill — when we were stuck behind another vehicle for instance — we did occasionally set off the Vitara’s traction warning light, but for the most part it was only for a matter of seconds.

That kind of giggle fodder aside, the Vitara probably won’t get you across really difficult terrain but is actually pretty good when it comes to handling steep, untarred passes. One of the reasons for this is the high degree of visibility the Vitara gives you as a driver. That said, there was a little nose scraping coming off a particularly steep gravel section, but it’s entirely possible we could’ve avoided that if we’d done things a little more carefully.

Fuel for the fire

If you’re spending a lot of time on those kind of gravel and dirt passes, your fuel economy’s bound to suffer a little. It is, after all, a very active form of driving with plenty of braking and acceleration. Even so, after a day’s driving (mostly over challenging terrain) the Vitara we drove was averaging under 8l/100km. That suggests that under ideal conditions, it probably wouldn’t be too difficult to get close to the 5.8l/100km fuel consumption Suzuki claims you can get out of the Vitara.

There are a few other points I could make about the Vitara — there were times when I found the suspension a little harsh for instance — but I’d need more time with it to see just how valid those thoughts are.

I can however confirm that while the Vitara isn’t the kind of “lounge on wheels” that’ll leave you feeling as rested at the end of a journey as at the start, I didn’t feel unduly tired after a full day’s driving (undertaken after an early morning flight). And given the kind of driving I did on that day, that’s not so bad at all. 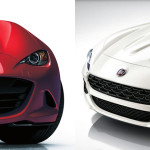