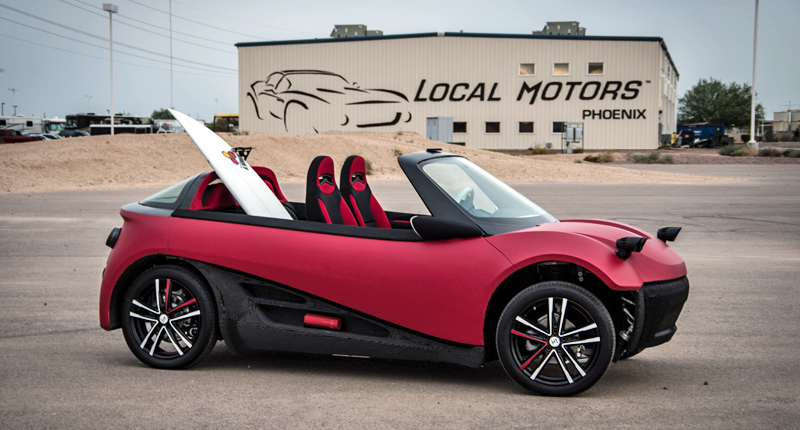 3D printing – the process of creating a three-dimensional object using successive layers of material under computer control – has the potential to drastically change a massive number of industries.

One of these industries, of course, is that of automotive manufacturing.

And it’s already started. Yes, 3D printing is today used – on a relatively small scale, admittedly – by a number of car-making powerhouses.

The internals of the whopping great turbocharger in the Koenigsegg One:1 hypercar, for example, are 3D-printed. And so is the chunky titanium exhaust tip poking out the rear, saving some 400g (hey, every little bit helps in the world of hypercars).

Similarly, German automaker BMW recently dipped its toe in the 3D printing waters, employing the technology to create a batch of special alloy water-pump wheels for use in its DTM and GT3 racers. And there are plenty more similar examples in the automotive world.

But what about using 3D printing – which is also known as additive manufacturing or rapid prototyping, and comprises at least seven distinct types – on a much larger scale in the automotive industry? 3D Printing is already having an impact on the car industry

Well, over the past few years, a handful of concept cars sporting 3D printed body-shells – such as the Urbee hybrid – have crept onto the floors of major auto shows. And now the first actual 3D printed vehicles are seeing the light of day.

Divergent Microfactories, a San Francisco-based start-up, has already taken the wraps off the Blade, a supercar “built based on 3D printed parts”. And Local Motors has followed up its Strati electric car – of which every part that isn’t “mechanically involved” is 3D printed using mostly carbon-fibre reinforced plastic – with the LM3D. The Blade is a supercar “built based on 3D printed parts”

Local Motors says it hopes to have a fully homologated highway-ready version of the LM3D – of which “roughly 75 percent” (with a final target of 90 percent) is printed – by the end of 2016.

So, what are the benefits of 3D printing on such a scale? And how exactly could the technology transform the automotive manufacturing industry?

Well, despite what many people may think, vehicles sporting 3D printed structures have the potential to be safer in a crash than many traditionally manufactured cars. The technology – which can involve numerous types of materials, and various blends thereof – allows the most important structural components to be optimised for both weight AND strength.

There is also a sustainability benefit, since less material tends to be used in a given process, with significantly less waste, to boot. And, although detractors have claimed that 3D printers are generally energy intensive, many traditional industrial processes are even more so. In addition, thermoplastic materials used in many additive-manufacturing processes are easily recycled.

3D printing furthermore has the potential to slash lead times, lower development costs, and generally allow a manufacturer to bring a new vehicle to market in a considerably shorter time, with far less capital investment. In addition, alterations to a given design can be made with a few stabs at the keyboard, and no expensive retooling is required. Similarly, in terms of prototype manufacturing, costs are far lower and production far quicker.

The flexibility that comes with this sort of micro-manufacturing can have distinct advantages, too. Designs can be cost-effectively customised for specific markets, cutting down on delivery times (and expenses) and facilitating a whole new level of low-volume specificity. All without major infrastructure investment. Of course, it must be kept in mind that 3D printing is likely but a single part of the future of automotive manufacturing. In some areas of vehicle fabrication, for example, it will still make sense to use traditional methods. And, although the costs are rapidly falling, traditional manufacture on a large scale is still usually cheaper (once infrastructure expenses are taken care of, that is).

So, what happens from here? Well, we’ll likely see the world’s major automakers slowly start adopting more and more 3D printing processes in the building of production vehicles over the next few years.

But it’s how these big players react to the potential disruption of micro-manufacturing that will ultimately determine just how much of a revolutionary effect this technology will have on the industry as a whole. 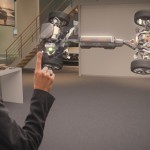