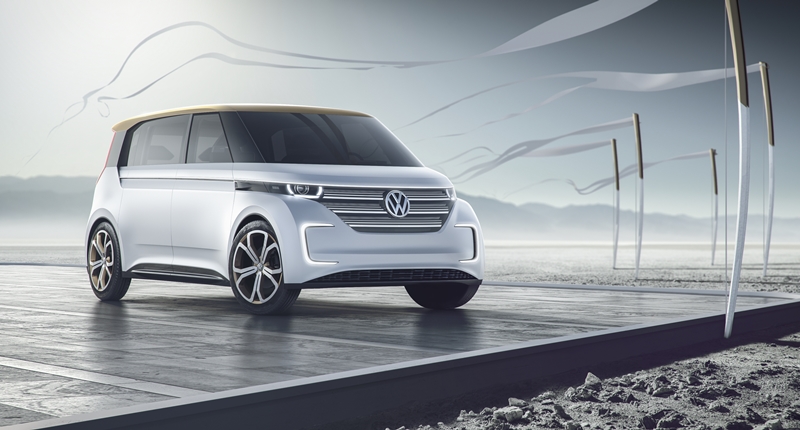 Given the scandal it faced towards the end of 2015, Volkswagen was always going to have to pull something out of the top drawer for the 2016 Consumer Electronics Show (CES), currently underway in Las Vegas. Whether the BUDD-e concept can provide the redemption it needs is debatable, but there’s no doubt that it’s pretty gosh-darn interesting.

An attempt by VW to bring the microbus into the 21st century (after a decade and a half), the BUDD-e is electric, built on a new Modular Electric Platform (MEB) designed specifically for plug-in vehicles and built with the Internet of Things firmly in mind.

According to Volkswagen the BUDD-e is designed to demonstrate what will be possible in the electric car space by 2019, when it anticipates that electric cars will have a range on par with that of their petrol counterparts and will be capable of achieving 80% battery charge in 15 minutes.

Powering the BUDD-e is a 101 kWh battery which Volkswagen says has a range of around 600kms. The front and rear motors power all four wheels and enable a top speed of 150km/h. The German carmaker says the the MEB platform means that the batteries can be packed flat, allowing for more interior space. Accprding to VW, it also means it’s been able to completely integrate the air conditioning unit in the front end of the car “which allows for significantly more available space, improves air quality (thanks to larger and more robust filters), and results in a reduction of fan noise inside the cabin for excellent acoustics”.

Another interesting interior feature has seen VW integrate the electronic instrument cluster in front of the driver and the center console infotainment system in a single information hub.

The steering wheel meanbwhile is completely switchless, operating via haptic feedback on its smooth surfaces. Individual functions are activated by pressure, or through a swipe gesture. Touching the surface gives the driver palpable haptic “pre-sensing” feedback, allowing them to localize the function. Upon activation of a function, there is another, stronger haptic reaction, making operation more intuitive than present day solutions. When it comes to connecting with the Internet of Things, VW boasts that the BUDD-e “is capable of seamlessly communicating with your Smart Home or office”. This, it says, means you’ll be able to perform tasks such as controlling the air conditioning, turning lights on or off, or simply looking to see if their kids are home yet.

That’s not the full extent of its ambitions though. According to the carmaker:

It is conceivable that in the near future, consumables—such as windshield wiper blades—or other kinds of personal items could not only be ordered from the car, but also delivered to it using a “Drop Box” that is accessible from the outside. The vehicle “reads” an access code to open the Drop Box for authorized parcel delivery services, using a digital key, essentially making the vehicle a mobile mailbox.

Perhaps the quirkiest feature though is the fact that the BUDD-e can alert you Android smartwatch when you’ve left something behind in the vehicle. Through an inventory list, VW says, the driver or passengers can see everything that has been put in the car, and if they are still there. The intelligent “Reminder” also informs when particular items should be remembered. For example, if rain is forecast, BUDD-e will notify the driver if there is an umbrella in the car. Relevant items are fitted with a transmitter (a small sticker) in advance, making it possible for the car to locate them. 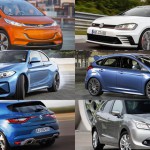