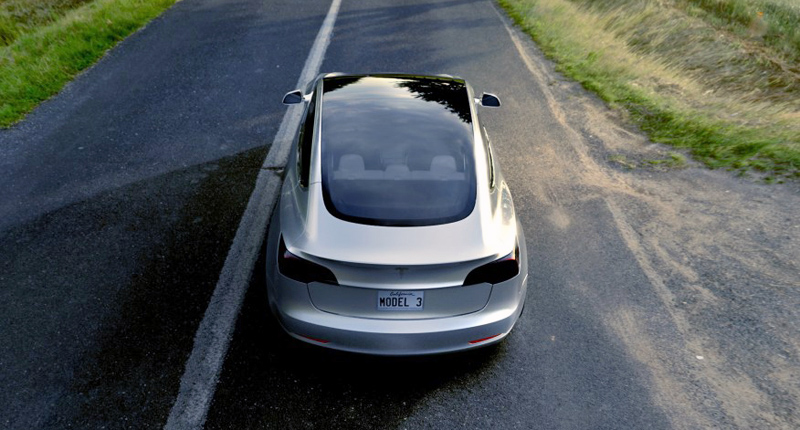 Yes, the long-awaited Tesla Model 3 has finally been revealed. And what an astounding reception it has received, with nearly 300 000 interested parties putting down deposits in the first three days alone.

But, despite absolutely dominating the automotive headlines – and it really has – the Model 3 won’t be the first available relatively affordable, mass-produced electric vehicle with a range exceeding 320km.

Indeed, the folks over at General Motors say that the new Chevrolet Bolt (not be confused with the Volt hybrid) will be available at dealerships in the United States before the end of 2016. The Model 3, of course, is scheduled to go into production late in 2017, at the very best.

But what if you had a choice between the two EVs right here, right now? Which one would make you gleefully part with your hard-earned cash? Well, we’ve had a look at the relevant facts and pitted the two – a hatchback-cum-crossover and a sleek sedan – against each other.

Bear in mind, however, that the Tesla Model 3 that was recently revealed may well change a little before it goes into production (particularly inside, although the exterior styling may be tweaked, too). In fact, Tesla CEO Elon Musk billed the recent event as part one, saying that “part two, which takes things to another level, will be closer to production”. So, how do these two upcoming electric vehicles stack up?

Chevrolet says that the Bolt will have an estimated range of “more than” 320km on a single charge, based on its own testing. How much more, we’re not yet sure (and neither is the Environmental Protection Agency, which publishes fuel economy claims in the US).

According to Musk, the base model in the Tesla Model 3 range will boast an EPA-rated range of “at least” 345km on one charge, with higher-spec derivatives (boasting bigger battery packs) likely to be able to go quite a bit further.

Thanks to its 60kWh lithium-ion battery pack, the Bolt EV will be able to hit 100km/h from standstill in less than seven seconds, according to the GM-owned automaker. Interesting, drive is sent to the front wheels.

The base Tesla, which will employ a rear-wheel drive layout, will apparently dispatch the same obligatory sprint in less than six seconds. But the dual-motor all-wheel drive variants further up the range are expected to be faster still. With a 240-volt charging unit installed in your home, you’d theoretically be able to fully power up your Chevrolet Bolt from “empty” in around nine hours. Adding around 80km of range, meanwhile, would take about two hours. Using a public fast-charger, meanwhile, would ostensibly add 145km in about 30 minutes.

The Model 3, though, will be compatible with the brand’s rapidly expanding Supercharger infrastructure. Free to use for all Tesla owners, plugging into this system for just 30 minutes would likely add around 275km of range. Using a 240-volt unit at home, meanwhile, would probably result in a charging time quite similar to that of the Bolt.

Chevy says the Bolt will start at about $37 500, before the $7500 federal electric vehicle tax incentive (or, indeed, any state-specific EV incentives) has been deducted. The Model 3, meanwhile, will start from $35 000, according to Musk, which means the base model will undercut its Bolt counterpart by around $2500.

Of course, there will be more expensive variants in both model ranges, as well as the availability of all manner of no-doubt costly options. Interestingly, Musk believes that a Model 3 with what he terms “an average option mix” will come in at about $42 000.

A 10.2-inch tablet-like centre display screen dominates the Bolt’s dashboard, and is joined by an eight-inch cluster directly in front of the driver. Apple CarPlay and Android Auto will also be supported. Radar- and camera-based safety systems (blind-spot monitoring, forward collision alert, parking cameras, etc.) will be available, while up to 10 airbags will also be on offer.

The Model 3, meanwhile, will feature Tesla’s semi-autonomous AutoPilot technology (along with oodles of safety features) as standard across the range, while a 15-inch centrally mounted touchscreen display is expected to do the bulk of the infotainment duties (and also those of the traditional instrument cluster). Not much more is known about the production version’s interior, although Musk promises that the steering controls will make it “feel like a spaceship.” 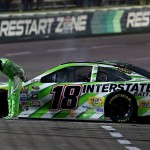