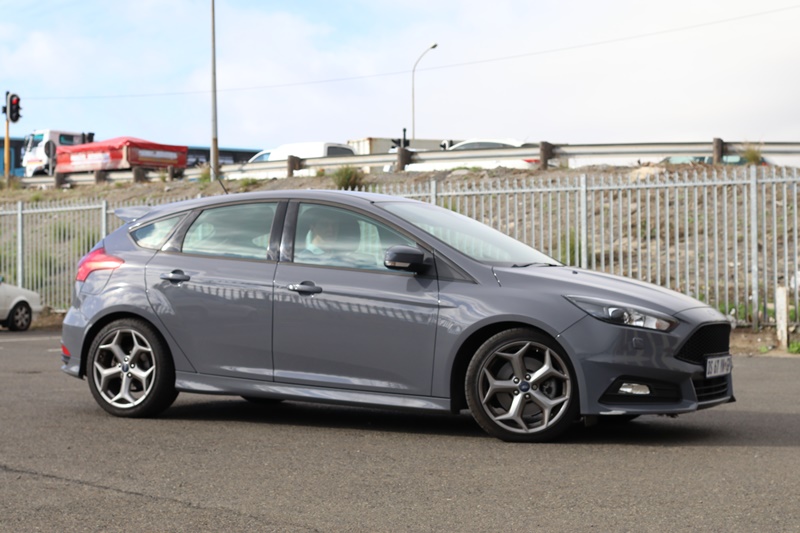 “Be careful, it’s fast”. That was the warning given to me by a Ford representative when he dropped off the Focus ST at Burn Media HQ. I nodded my assent, but was quietly confident I could handle this muscular-looking beast. A week later, I’m still not really sure who handled who.

You see, the ST is perfectly capable of handling everyday driving tasks with relative comfort and ease, but it doesn’t take long before you find you realise that nothing about this car says “everyday”.

While the hot hatch wars don’t generate nearly as many column inches as they did in the 80s and early 90s, they’re still the scene of fierce debate among aficionados of the genre. There can be no doubt however that the ST is among the hottest of the hot hatches on the road right now.

Thanks to Ford’s brilliant 2.0l EcoBoost engine, its pushes out a potent 252-hp. Combine that with its slick, six-speed manual transmission and a near neutral chasis, and you’ve got a formidable package. The ST doesn’t waste its power either. Once the turbo kicks in, which it does very quickly, you’ll find yourself pushed back in your Recaro seat, passing people who you’d usually regard as fellow road users, but who are now obviously the saddest saps in Sapland.

Sure you might get the odd bit of torque-steer when you take off from a standing start, and you’re also not going to set any fuel economy records, but that’s all part of the fun right? After all, hot hatches aren’t so much about taking you from Point A to Point B in the fastest time possible as they are about putting an extremely childish grin on your face.

Of course, no hot-hatch is going to give you that experience if it doesn’t look like, well, a hot hatch. And the Focus ST certainly succeeds on that front. From the muscular lines, to the spoiler and sculpted exhaust pipes, everything about the ST says “we’re going to have a lot of fun, you and I. We may both die at the end, but it’ll still be a blast”. That impression is only reinforced once you step inside. There are Recaro seats, aluminium pedals, and a bunch of gauges that are a complete mystery to someone who can’t always remember which side the wiper stick is on.

To anyone who rates sensibility as the most important factor when it comes to buying a car, these touches may seem silly. But if you’re the kind of person who still listens to what their inner child has to say, then they’re just ridiculously fun. Of course, hot hatches are also supposed to include some level of practicality and on that front, the ST is a little flawed. I can forgive the hardness of the Recaro seats (although I’m not sure my back can), but the fact that you can barely see the road when the sun visor’s down is downright dangerous to say the least.

The case for tech

It almost seems a pity then that Ford’s tech team didn’t work on the sun visor, because they’ve done an amazing job with the ST. The Bi-Xenon headlamps, for instance, have been designed to be as functional as they are beautiful. They can also detect different road conditions and select the appropriate beam pattern for enhanced illumination. And to help you see more in tight bends, the static cornering headlamp feature illuminates the inside of a corner when you turn the steering wheel into the direction of turn.

The push-start button and keyless entry system also functioned perfectly the whole time I had the ST. As a consequence, I forgot that I actually had to take my keys out of my pocket when it came time to return to my actual car. One minor gripe I had was with the SYNC infotainment system. In the ST, it comes standard with two USB ports, SD card slot and an eight-inch touchscreen. For most functions, it worked fine. But for some reason, it refused to sync with my phone’s music folders, resulting in a fair amount of frustration any time I got tired of my local radio offerings (hint: most of the time). I’m also not entirely sold on the system’s voice command capabilities, but this is an issue common to most contemporary cars, and something that the industry as whole needs to work on.

Would I buy it?

Ultimately, the ST is an incredibly fun car to drive and if I was in the market for a hot hatch, it’d be right near the top of my list. I’d just make sure I had the best sunglasses money could buy too. 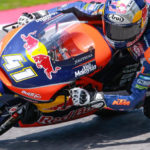