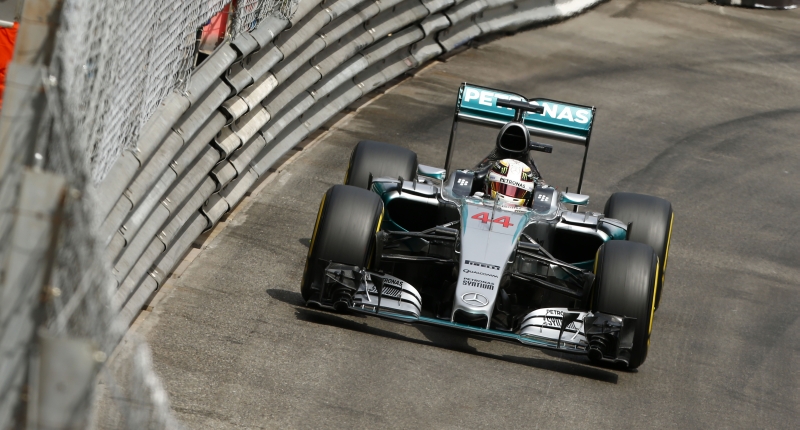 Easily the most unforgiving Formula 1 circuit of the year, Monaco presents a stiff challenge for drivers thanks to its slippery surface and tight, narrow corners.

Unlike modern F1 circuits, there are no runoff areas here either, as the track is lined with Armco barriers, leading to many an early retirement. But to win here is to truly stamp your name in the sport’s history books, joining the likes of Belgium’s Spa-Francorchamps as a true test of driver and machine.

A step above the rest

Speaking of history books, Ayrton Senna holds the record for most victories around the Principality, having won the race an impressive six times. Michael Schumacher and Graham Hill are tied in second place, at five victories apiece.

Starting at the front is doubly important at Monaco, owing to the narrow nature of the circuit, making overtakes a difficult proposition. Senna holds the record for pole positions around the circuit with five poles, followed by Juan Manuel Fangio, Jim Clark, Jackie Stewart and Alain Prost at four each.

It’s either a procession or dramatic

Truth be told, there’s no middle ground in Monaco. The race can either be tear-jerkingly boring or a nailbiter of note. It’s seen plenty of drama over the years though.

For one, there’s the hazard of going into the harbour, as Alberto Ascari found out in 1955 and Paul Hawkins did in 1965. Ascari would unfortunately die four days later in a testing accident.

Then there are the fairytale stories, like Ayrton Senna’s first Monaco GP in 1984. It was a star-making performance, as he scythed through the field to finish second in torrential rain, the race being stopped due to the bad weather.

The 1988 race was a race to forget for Senna though, as he scampered away in the lead, only to bin it at the corner before the tunnel. He then walked to his nearby apartment.

But perhaps the most unlikely victory ever seen in F1 took place at the 1996 Monaco Grand Prix.

Olivier Panis, in the ill-fancied Ligier, claimed his sole F1 victory at the wet event, being one of just three cars running at the end of it all. David Coulthard and Johnny Herbert rounded out the podium.

It wouldn’t be the last time a Frenchman made an indelible impression at Monaco, as the late Jules Bianchi clinched ninth place for minnow team Marussia in 2014. The result would ultimately hand the team millions of dollars in prize money.

Monaco is no stranger to controversy either, as Michael Schumacher’s 2006 decision to stop his car on-track during qualifying robbed Fernando Alonso of another fast lap. The stewards took action though, promoting Alonso to first (from second) and moving Schumacher to the tail-end of the grid.

Another controversial Monaco moment took place in 2014 during qualifying, when Nico Rosberg was forced to use an escape road in the dying moments of qualifying. This meant that teammate Lewis Hamilton was unable to finish his final flying lap, handing pole position to the German.

Last year’s race brought more heartbreak for Hamilton after his team called him in for an ill-timed pitstop – this blunder handed the victory to Rosberg.

The race weekend also sees teams and sponsors fighting it out for publicity, owing to the glamorous, media-heavy nature of the event.

One of the coolest brand partnerships took place in 2005, when Red Bull Racing teamed up with George Lucas for Star Wars: Revenge of the Sith. The result was a car splashed out with Star Wars branding, while the pit crew were dressed as Stormtroopers.

The 2004 race saw a US$300 000 diamond mounted to the Jaguars of Christian Klien and Mark Webber, as part of a promotion with the Ocean’s Twelve movie. Unfortunately for Jaguar, Klien’s diamond was lost when he crashed out. Ouch.

The race also sees a slew of celebrities in attendance, such as Daft Punk, Cara Delevingne, Leonardo DiCaprio, Michael Fassbender, Cameron Diaz and Will Smith in recent years. 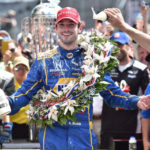