In the early 20th century, cars were seen as mere tools for travel. But in the second millennium, these devices have become more than just cabins on wheels.

You may not think of a car as a gadget, connecting to the internet via a wireless link, but modern vehicles pack more technology than your average computer. In fact, according to a white paper published by the world’s leading satellite operator Intelsat, the connected car has the processing equivalent of 20 personal computers.

With this in mind, you could easily prove that the modern car is a portable data producing and crunching machine, rather than a pure people carrier.

These smart machines are known as connected cars. But while the concept of the connected car has come into its prime more recently with the dawn of faster wireless technologies, they have actually been around for nearly three decades.

A brief history of connected cars

In 1996, General Motors was the first car maker to launch a connected car with OnStar technology. The car was loaded with GPS and later cellular connectivity, which proved extremely useful in the event of a collision or incident. Granted, OnStar probably had less processing power than a modern budget smartphone, but it was still a start.

And its rudimentary connectivity became incredibly important for occupants’ safety.

The car maker could receive a signal of the car’s exact location in the event of an accident, effectively allowing for a more rapid response for emergency personnel.

The advantages of connected cars

While these safety technologies have become more refined over time, connected cars have a number of other modern advantages.

For occupants, internet access allows the use of Google and Apple’s in-car entertainment and navigation systems. It allows car makers to run diagnostics or receive telemetry on the car’s health. Additionally, for owners of fleets, it allows them to track and monitor their vehicles’ whereabouts and condition at all times.

With connected cars’ broad requirement for the reception and transmission of data, it makes sense that robust networks are integral to their functionality. Naturally, faster terrestrial cellular networks like 4G LTE have proven to be a useful technology in urban areas.

With the growing prevalence of eSIMs — an electronically embedded SIM card within devices, including phones and cars — it’s become easier to connect cars to the internet via a cellular network, particularly a fast 4G LTE network.

A growing number of networks are supporting the eSIM standard, while a number of car manufacturers are on board too, including General Motors, Volvo, Renault-Nissan and Jaguar-Land Rover.

However, 4G LTE networks are not 100% reliable, nor do they deliver the coverage required by vehicles travelling in more remote and less populous areas of the globe.

Satellite connectivity is the future of the connected car

While satellite connectivity has been used in both telecom networks to provide last-mile broadband access to remote areas and connected cars for years, recent investment in the technology has improved performance and cost efficiency.

High-throughput Satellite (HTS) systems, can deliver ten times greater bandwidth at the same frequency compared to older fixed-satellite services. Thanks to this, these HTS systems have lower operating costs, while providing a more attractive solution for cars, high-flying planes and even waterborne craft in the middle of international waters.

The Intelsat EpicNG HTS fleet covers 99% of the Earth’s population. However, cars themselves also require tech tweaks to take advantage of these systems. New technology allows manufacturers to embed flat-panel antenna into the roofs of cars, supporting speeds in excess of 100 Mbps.

The future connectivity solutions of the connected car

Like cars’ powertrains, the future of connected cars’ connectivity requires a hybrid solution.

Why is all this important to me?

You may not own a connected car today, but according to IHS Markit, nearly 69% of all cars sold in 2023 will feature some degree of connectivity to the internet. If it doesn’t affect you directly, you will encounter others who own connected cars on the road.

Connected cars, beyond the entertainment and safety of passengers, will unlock a floodgate of companies utilizing the technology for fleet management, city planning, and even driverless cars.

Ultimately, the key to opening this gate is connectivity.

In cities, the likes of 5G technology will power the cars of the future. But an all-encompassing solution, including the latest generation satellites from companies like Intelsat, will ensure that your car will be connected at all times.

This article is sponsored by Intelsat. 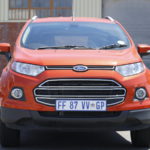