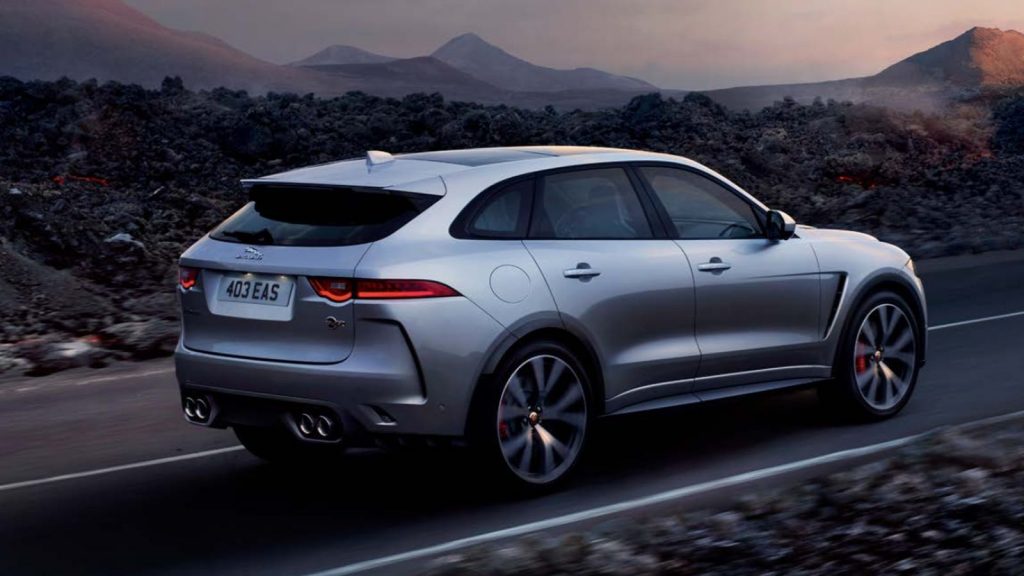 SUV or performance car? “Why not both?” is what Jaguar’s engineers asked when they made the F-Pace SVR.

Mind you, this thing weighs 2550 kilograms.

This power stems from a supercharged 5.0L V8 power unit mated to an eight-speed QuickShift gearbox. Jaguar claims that the SVO-tuned box shifts cogs in less than 200 milliseconds.

The company however claims that the SVR’s raucous performance is not just thanks to the drivetrain.

“A revised front end with enlarged air intakes and optimally positioned bonnet vents are there to improve airflow and cooling,” the company notes in the vehicle brochure. “The swooping roofline smoothes airflow over the car, resulting in a 0.37 drag coefficient.”

Jaguar’s also invested in developing a smooth underfloor, rear diffuser, side vents to reduce drag over the wheels, and larger front intakes.

When you no longer want the car travelling through the air at 200km/h, Jaguar’s fitted 395mm brake discs to the 21- or 22-inch forged alloy wheels. The SVR’s also fitted with 295mm wide rear tyres.

For all the talk of performance though, this is ultimately a family car. Five seats are available, while the front seats feature “memory, climate control and SVR embossing feature a lozenge pattern in premium perforated leather.” There’s also a 10-inch touchscreen up front, which lets drivers or those riding shotgun command common features within the vehicle, or more technical tweaks like adjusting vehicle ride setup.

All this isn’t cheap. Jaguar’s asking price for the vehicle in South Africa is a cool R1 498 600. The cheaper version of the F-Pace will fetch around R800 000. But considering this thing is both a mild off-roader and a performance car on tarmac, it may be worth considering for those who need the best of both worlds. 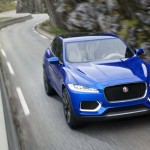