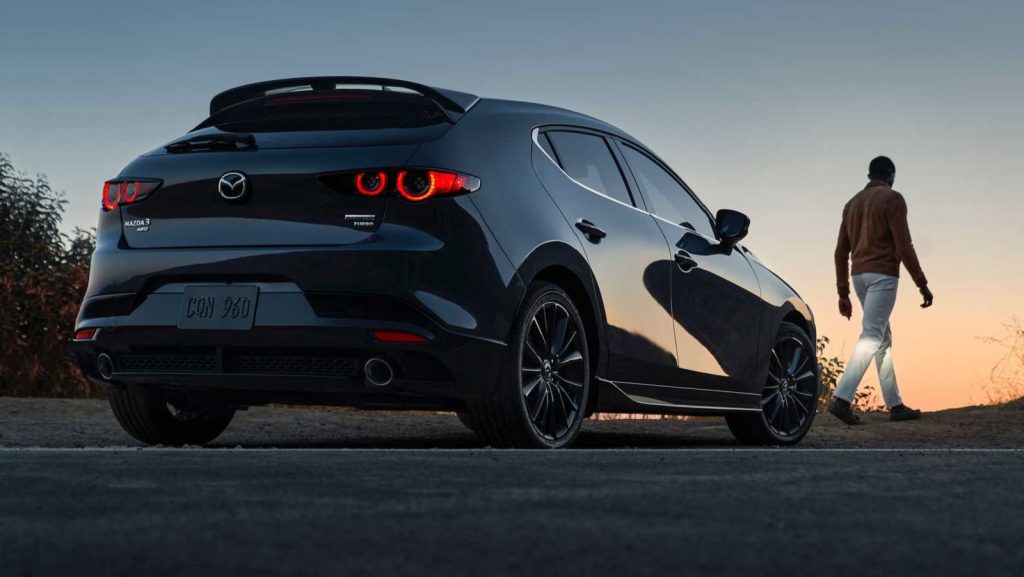 Mazda is finally re-engaging with the hot hatch business. The Japanese brand has been absent in hot hatch segment since 2013, when it retired the Mazda3 MPS.

Returning Mazda to the hot hatch fold, is an upgraded version of the current fourth-generation Mazda3.

Instead of attempting to chase outrageous power numbers, which are provided by superhatches such as AMG’s A45, Mazda’s target audience is slightly different and more nuanced.

The Mazda3 is an outstandingly stylish design and the brand’s product managers did not want to dilute it with all manner of winglets and spoilers.

The Mazda3 Turbo is positioned as an elegantly styled five-door hatchback, with strong acceleration and overtaking performance.

It produces 186kW and 433Nm, which is notably more potent than other Mazdas which use the same engine architecture. By comparison, in the Mazda CX-5 turbo, this 2.5-litre engine only produces 170kW and 420Nm.

Mazda has interestingly opted to equip the new turbo hot hatch with an all-wheel-drive configuration, unlike the original Mazda3 MPS — which was front-wheel drive only.

Unfortunately, the only gearbox option is a six-speed automatic instead of the more involving manual – favoured by driving purists.

Beyond the power offering, Mazda has also added some distinguishing styling elements to its new Mazda3 turbo.

Around the rear there are larger diameter exhaust ends. Along the flanks, it features grey 18-inch alloy wheels and glossed wing mirror edges.

The Mazda3 turbo will initially be marketed in America only.

But with South African motoring enthusiast retaining a strong loyalty to hot hatches, it would definitely be a great brand builder if introduced locally.