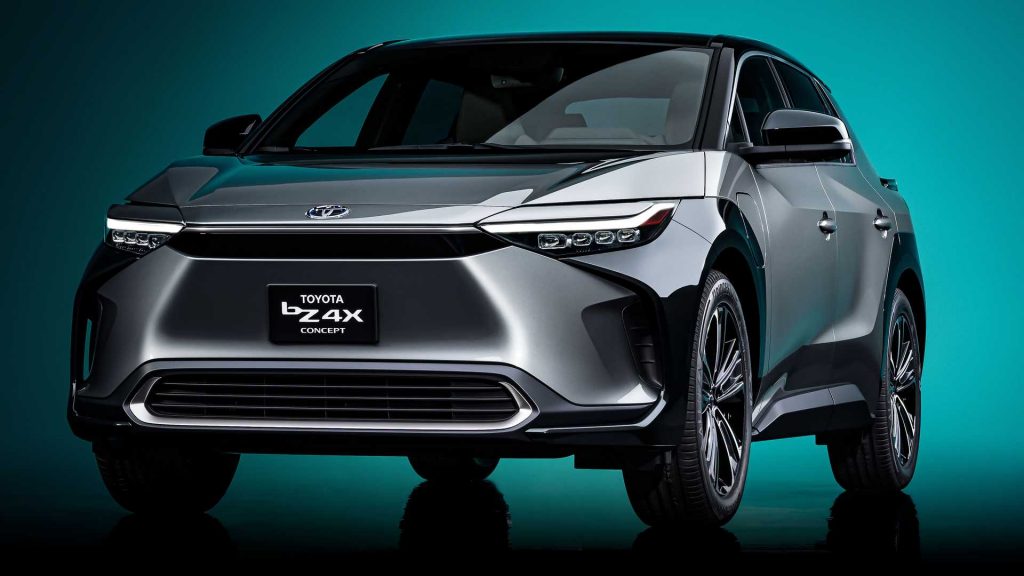 The Japanese automotive giant has initially been hesitant to embrace the trend towards fully electric passenger vehicles, but that is soon to change. Like most legacy car companies, Toyota is under pressure to provide a new fleet of models, powered by batteries, instead of petrol or diesel.

Although Toyota does have a proven history of producing excellent hybrid vehicles, the recent Shanghai auto show showed its new future: bZ4X. The name might be strange, but the silhouette is familiar.

Loyal followers of all things Toyota should not struggle to see the similarity in shape between bZ4X and the company’s current Rav4. Although the front end has been redesigned, to benefit from the lack of a traditional combustion engine above the front wheels, Toyota’s bZ4X overall dimensions are close to that of Rav4.

Some of the switchgear, trim and screens inside this bZ4X are also clearly carried over from the current Rav4, but the steering wheel is radically different. It is shaped without a top half, and is curiously rectangular. We suspect that the final production version of Toyota’s bZ4X, will feature a more traditional helm.

Still light on details for the Toyota bZ4X

Regarding battery capacity and power, Toyota is being cagey with details about its bZ4X. The company has confirmed it will feature electric motors at each axle, enabling all-wheel drive, but has not listed power numbers or performance figures.

There are no details about its battery specification, either, beyond Toyota promising that it will have solid-state chemistry.

Whilst Tesla has powered its way to a record share price with lithium-ion batteries, Toyota believes that the more potent energy density of solid-state technology, is worth investing in – and waiting for.

Toyota plans to introduce the production version of its bZ4X by next year, which means we should be privy to an exciting solid-state battery announcement from the company, in the next few months.

Read more: BMW powers into the future with iX 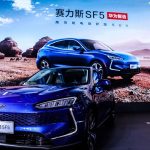