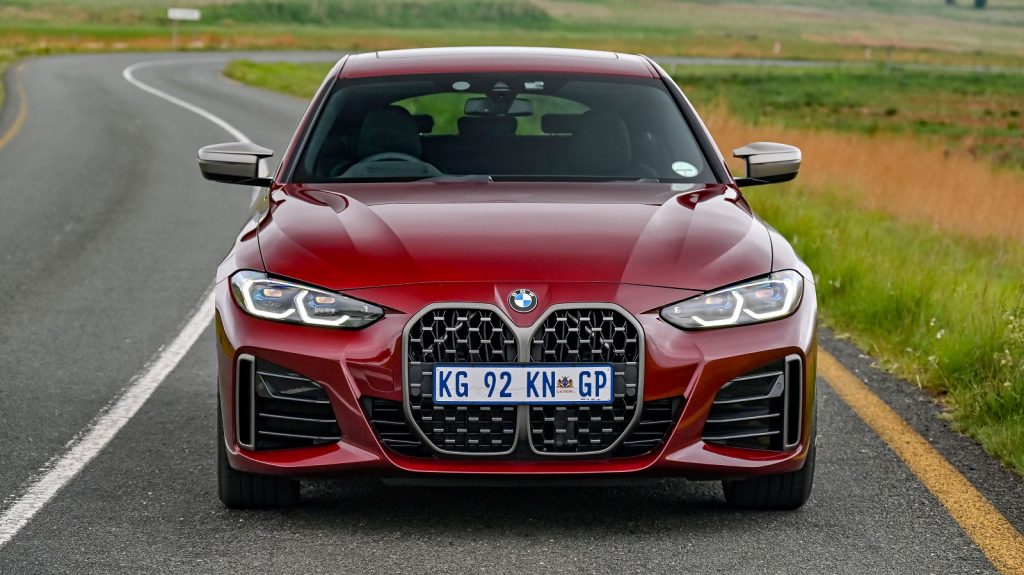 An unheralded technical breakthrough on the 3 Series and 4 Series, shows that software can’t solve every automotive engineering challenge.

BMW’s 3 Series has a considerably burdensome heritage. For decades, BMW’s compact sedan has been a standard to which most other family cars with any claim of dynamic talent are judged.

Years ago, the tagline from BMW’s marketing people read as ‘sheer driving pleasure’ and with 3 Series that was an affordably evident truth.

There was hardly a murmur when other brands introduced electric power steering to their cars. When BMW reduced the weight and self-centring effort of its 3 Series steering system in the evolution from the E90 to F30, followers of the brand were vehement in their criticism.

What to make of BMW’s latest, most technologically advanced and thoroughly digitised 3 Series, the eighth-generation G20? Many feared this was the car which might finally erase any trace of the once-vaunted BMW 3 Series driver engagement.

There is an immense depth of digitisation with G20. Quiz the MyBMW onboard digital assistant, and you even receive cognitively considered answers. Tell the MyBMW system you are bored, and it answers that you should use dynamic driving functions. Cheeky – but also clever, and correct. 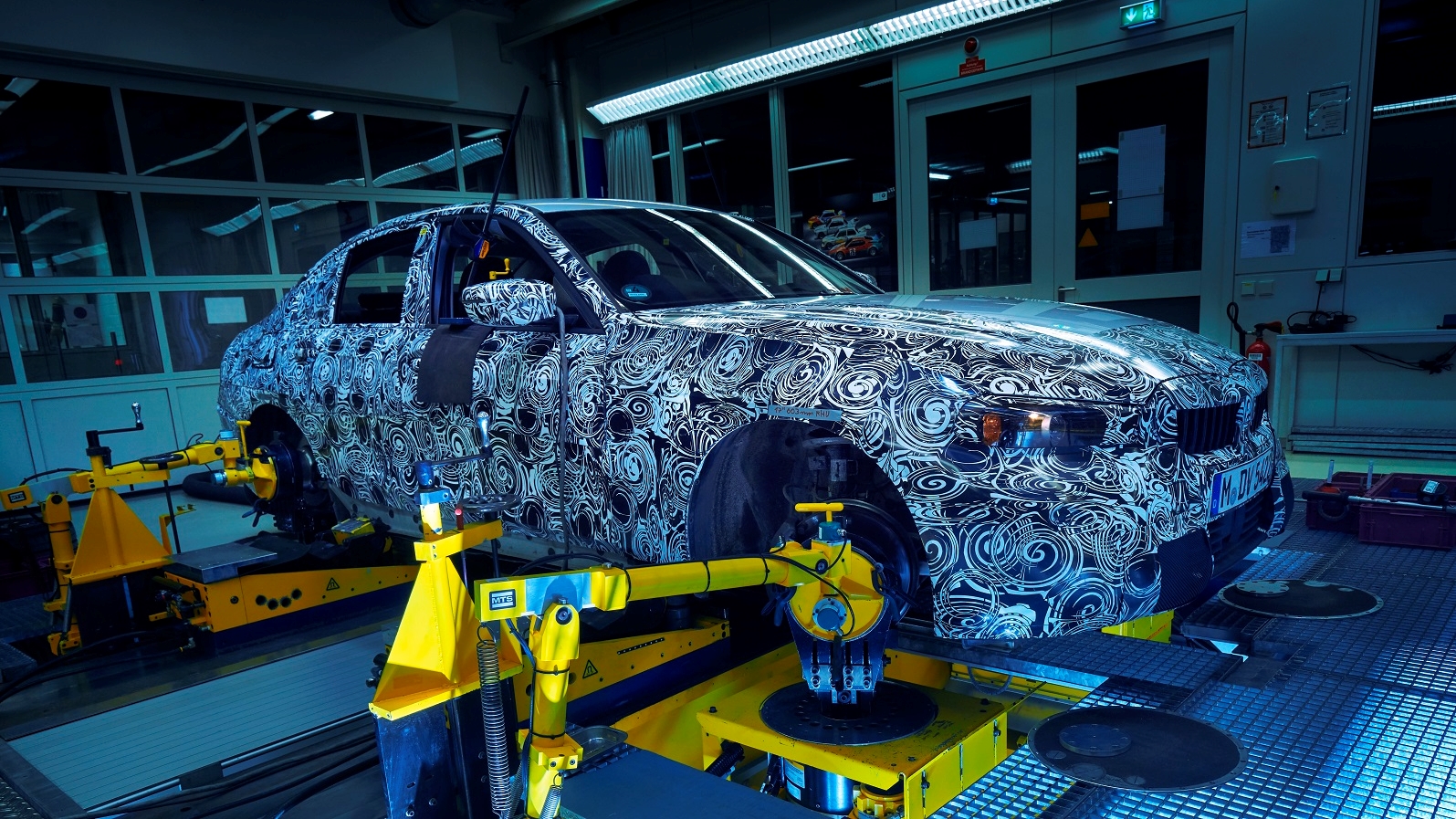 There is a feature on 3- and 4 Series listed as standard, which makes a considerable difference that has escaped any sense of accolade. A feature will become the defining attribute of BMW’s eight-generation 3 Series and current 4 Series, which share a similar platform.

The older you become, the greater value you attach to ride quality – as opposed to flat cornering poise, as a driving dynamic. Nearing 41, I can attest to that. South Africa’s blend of world-class and terrible roads, can test the ability a luxury sedan, built for impeccably surfaced Autobahn use.

BMW South Africa pioneered run-flats locally, and those original tyres depreciated ride quality something awful. Although a run-flat tyre is worth its weight in gold to get you from the point of impact and deflation to safety, you do sacrifice everyday ride quality for its redundancy structure. 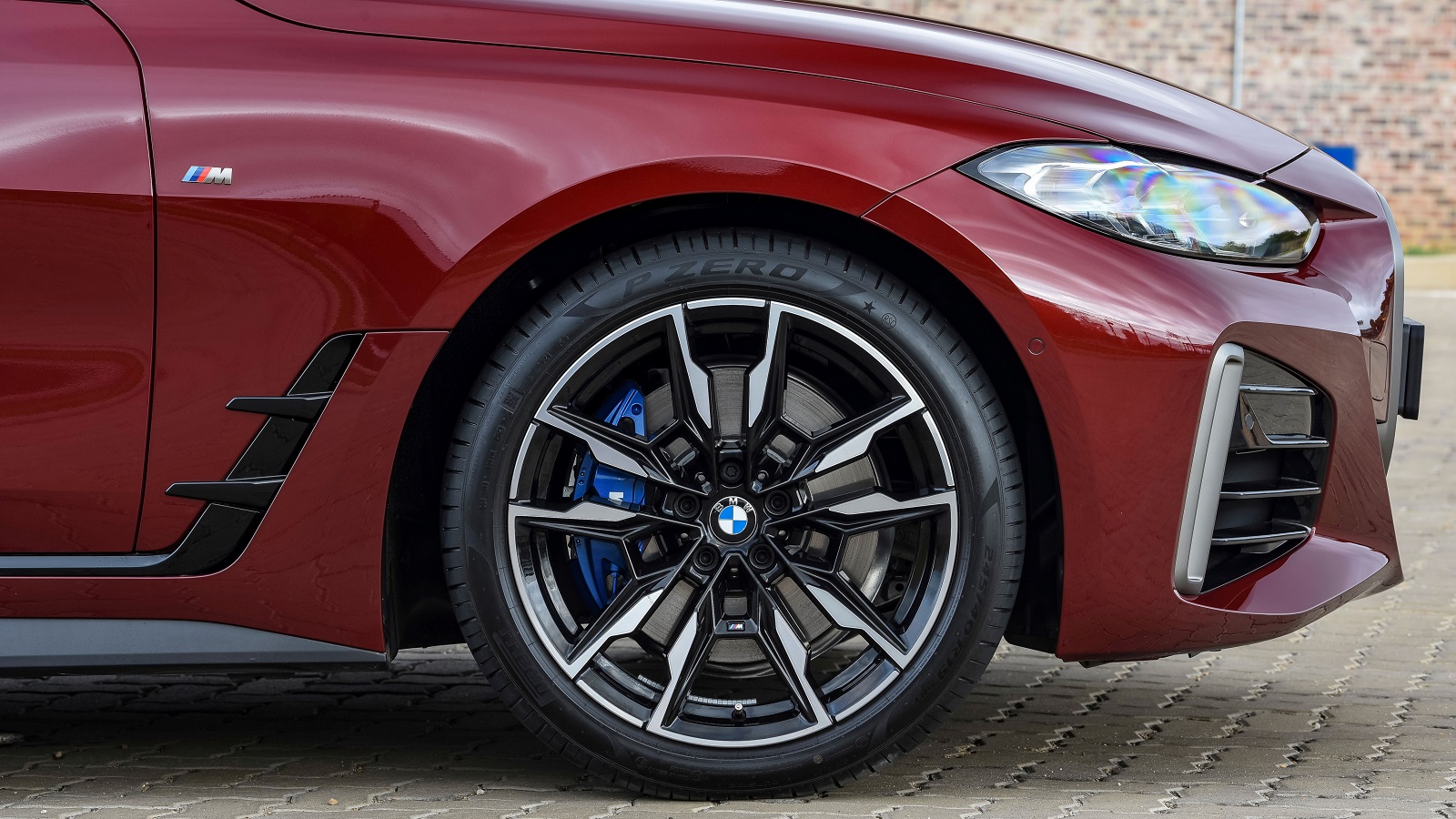 German manufacturers like adaptive dampers. They help reduce the negative influence of run-flat tyres – or even extremely low-profile tyres.

As wheel size has inched up over the years, most German family cars roll what can be classed as low-profile rubber. That has introduced ride quality issues for customers who reside in a market with a significant variance in road surface quality – such as our own.

Adaptive dampers might sound functional, but I’ve never been convinced, even after years of exposure to various systems. They are always either too harsh, or too imperceptive, in their responses.

An adaptive air-suspension system has proven to be the only impactful solution in combining flat-cornering poise with limousine-like bump absorption. But air-suspension is complicated, expensive and difficult to package into smaller vehicles. 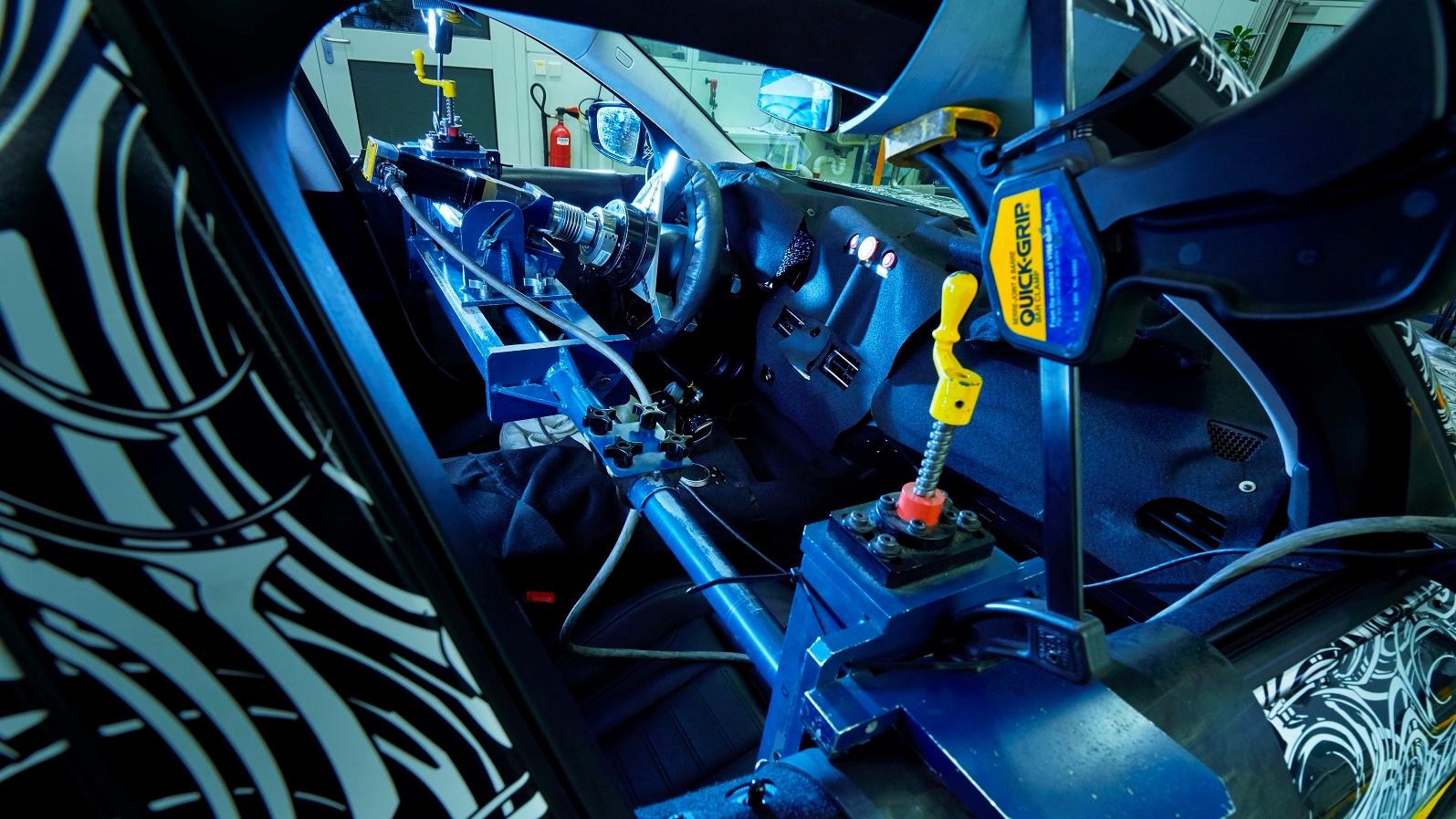 4 Series Gran Coupé has a trick you can’t see

Shop a virtual 3 Series or 4 Series from the latest speciation sheet, and you won’t notice a feature called ‘lift-related dampers’ listed as standard. Strange. But also an indication that BMW has realised there is no digital workaround for fundamentally sound mechanical engineering.

The breakthrough BMW has achieved with the ride quality, cornering poise and bump absorption of its G20 3 Series is a testament to a company that always reverts to listening to its engineers. The same logic applies to the G26 4 Series Gran Coupé.

BMW’s detail-obsessed engineers decided that adaptive dampers served a purpose on ideal roads. But a new suspension valving system would be better.

I’m not going to bore you with conclusions drawn from graphs and all manner of technical jargon. A concise explanation of that magic interplay between a G 20 3-Series’s front and rear axle goes as follows…

In motorsport, cars corner at extremely high speeds and occasionally ramp kerbs, seeking the shortest line through a curve. The requirement is for exceptional resistance to bodyroll and adequate bump absorption. The secret is to use suspension dampers with twin-tube valving (a smaller one inside a bigger one).

Most car manufacturers will use a bump stop in their suspension to prevent that disturbing thud when you hit a pothole at speed. The issue is that this increased counterforce (compression) only activities in the last bit of suspension stroke. If you want a car with sensitive bump absorption and body roll control, you must choose one of the other.

BMW’s solution is called the hydraulic stop damper (or lift-related damper). It functions when your suspension compresses beyond 20mm of stroke. That is approximately 20% of a 3 Series or 4 Series Gran Coupé’s suspension travel, triggering the secondary valving circuit. It’s essentially a damper-within-damper. A fixed suspension system with double the adjustability.

With dual valving, these new dampers can offer more adjustment than a conventional fixed damper can. That means the 3 Series and 4 Series lift-related dampers are active long before most other suspension systems would be. The additional valving offers better sensitivity and adjustability to counter bodyroll, or smoothing over surface bumps.

Showing incredible clarity of thought, BMW’s engineers realised a passenger car would have to use this new damper function in different ways at the front and rear wheels.

The dual tube damper works on the rear axle to increase compression as required. When you load it to full luggage capacity, it sags a lot less than any conventionally sprung rival. At speed the 3 Series and 4 Series Gran Coupé will also counter that floaty feeling from the rear, when abruptly changing direction.

This new suspension design works in the opposite direction for the front axle, but on the same principle. Balancing the front wheels are twin-tube dampers, which instead of providing earlier and more active compression, speed up rebound. That enables the front wheels to recover from a bump impact at speed and deliver truer steering feedback.

In part, BMW’s lift-related dampers are deceptively simple. In a car which can think for you to the extent that any G20 3 Series or G26 4 Series Gran Coupé can, its most impressive feature is strangely analogue. But these trick twin-tube dampers make an immense difference to driveability and comfort.

The obsessive suspension tinkering applied to BMW’s latest 3 Series was not to counter a specific rival. It was, in some way, not deemed necessary by BMW’s marketing strategists. BMW’s engineers have felt slighted in the criticism of 3 Series becoming too anaesthetised in its driver feedback and dynamic posture. The lift-related dampers are symbolic of a brand that will not merely use software to create a pseudo-dynamic solution. 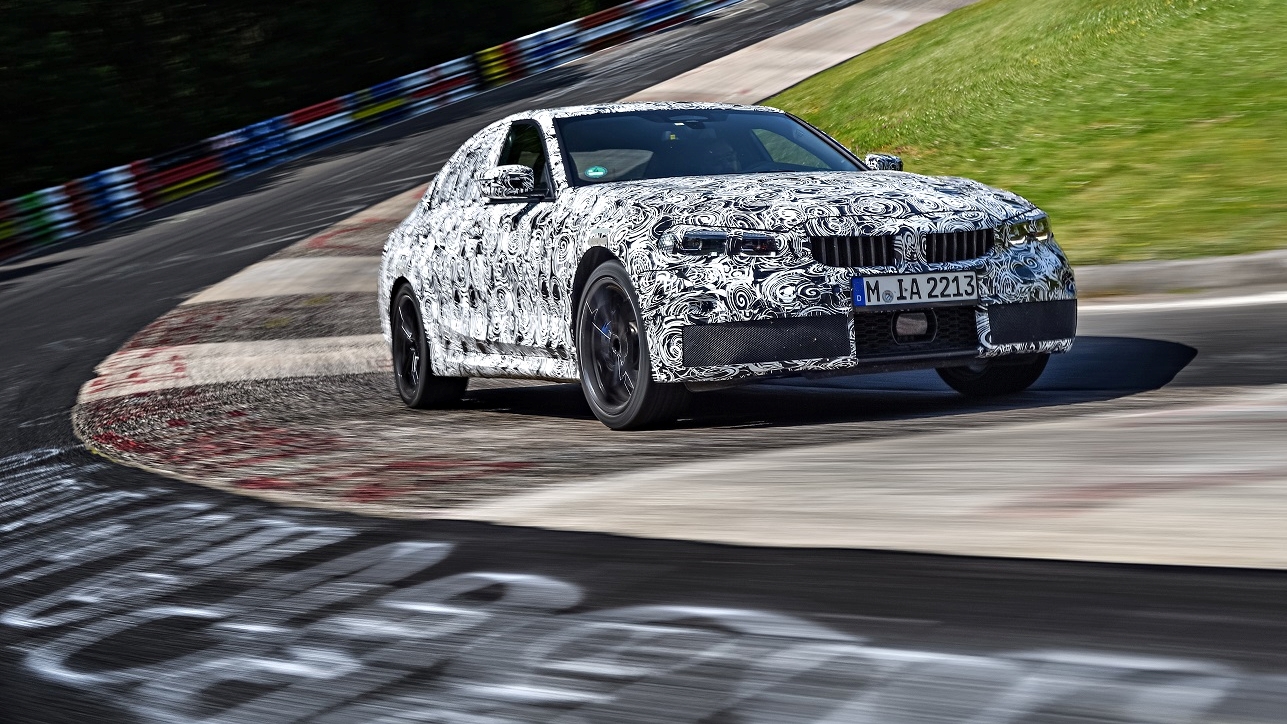 A return to sheer driving pleasure

BMW followers can take solace in knowing that 3 Series and 4 Series have advanced the driving experience. By using a particularly elegant implementation of mechanical engineering, instead of an algorithm.

In a world where software has become the icing to sugar-coat flawed mechanical engineering compromises, BMW’s ability to make its compact luxury cars ride with aplomb and corner with alacrity, all without air-suspension, is charmingly admirable.

And best of all, the lift-related dampers are standard across the 3 Series range. You don’t have to pay extra for an enhancing feature, that works all the time when you are rolling along. Also, a sign that 3 Series and 4 Series Gran Coupé are symbolic of BMW’s engineering department regaining the ascendancy in product planning. 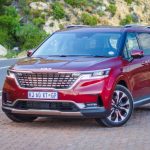