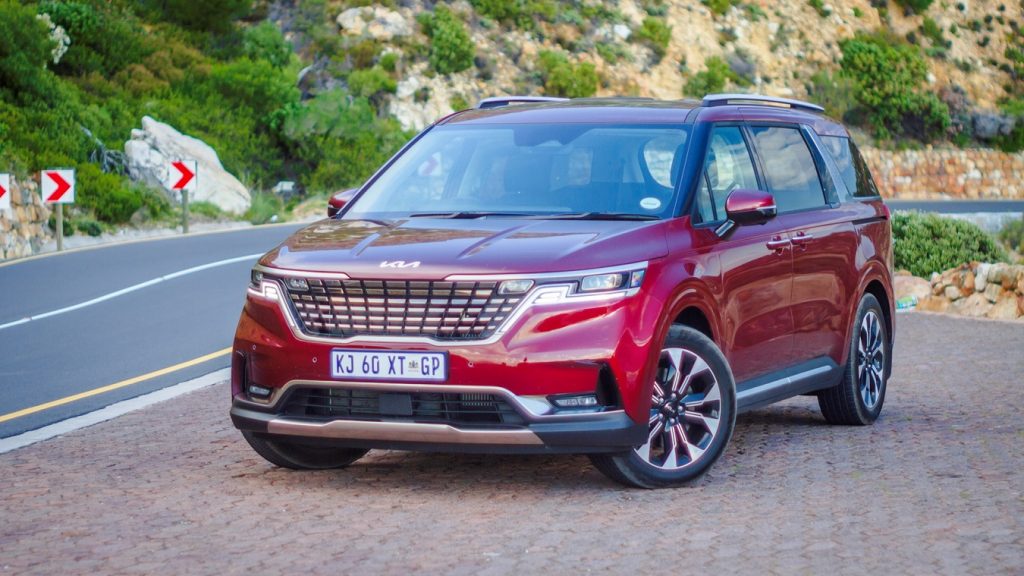 We spend time with Kia’s Carnival 2.2 CRDi SX and wonder why the seven-seater MPV, is such an ignored vehicle configuration?

South Africans have a curious relationship with seven-seater vehicles. The country’s best-selling SUV is a seven-seater, that hardly ever seats seven. Toyota’s Fortuner offers third-row versatility, but it’s a compromised seating experience. Many Fortuner owners wish to remove those rearmost seats and stow them in the garage.

Seven-seater SUVs are an annoying compromise. Designed to venture off-road, and requiring plenty of ground clearance, the seven-seater SUV simply has a shallow floor. And that makes for pretty compromised third-row seating comfort.

But there is a neglected class of seven-seaters that Korean brands have revived: the MPV. South Africans never quite converted to the MPV trend, as American and European families did, in the late 1990s and early 2000s. 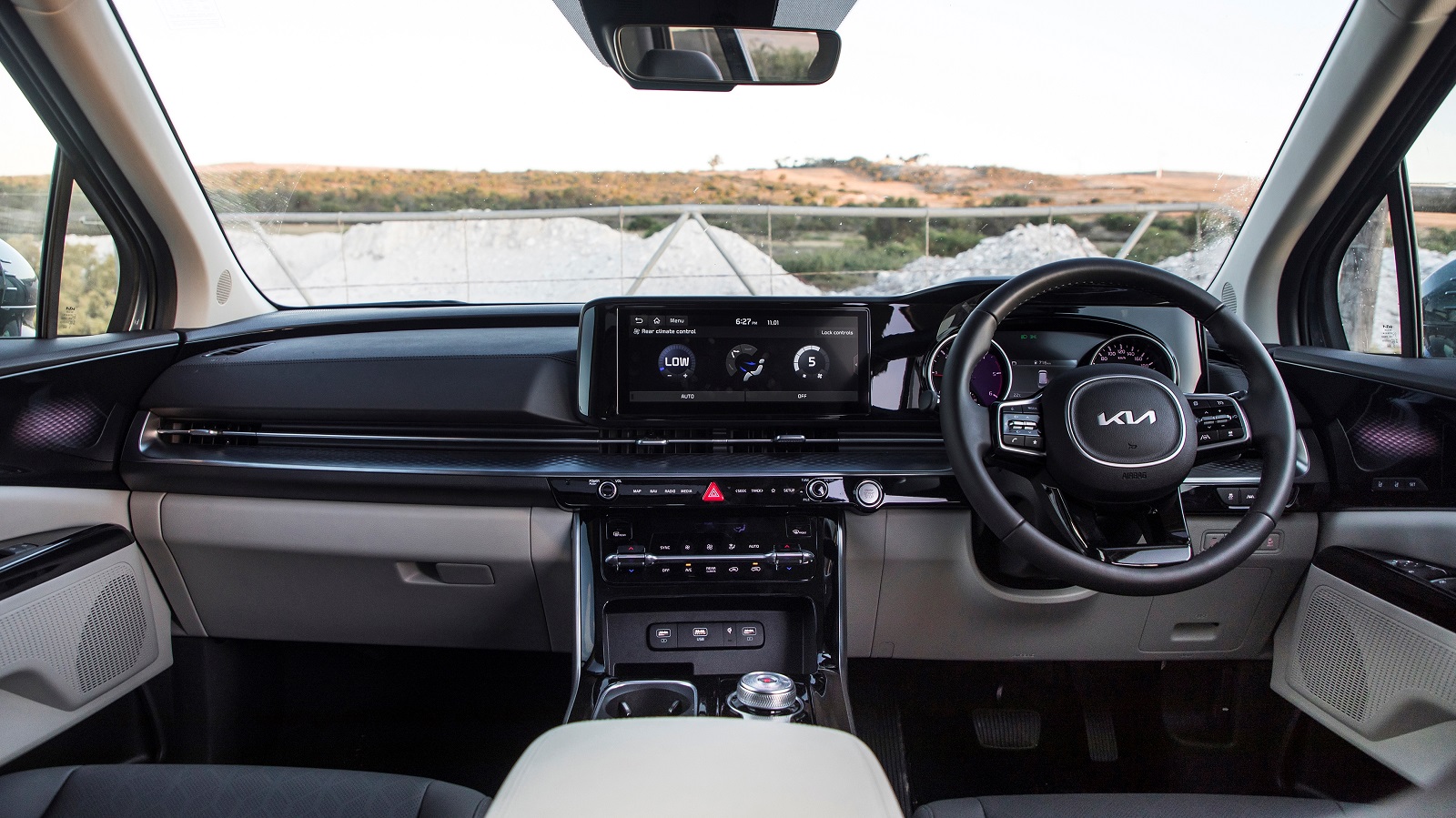 Large MPVs have little legacy in South Africa, beyond VW’s Caravelle and Kombi range. But the VW MPVs have grown too expensive, with even a mild specification retailing for way beyond R1m.

In a market that has shown little interest in the seven-seater MPV, Kia is hedging resources on the company’s latest Carnival.

With a bold design, it looks nothing like the MPVs of yore.

Since the late 2000s, Kia has proved that Korean automotive design can compete with the best from America and Europe. And the fourth-generation Carnival is true to form. 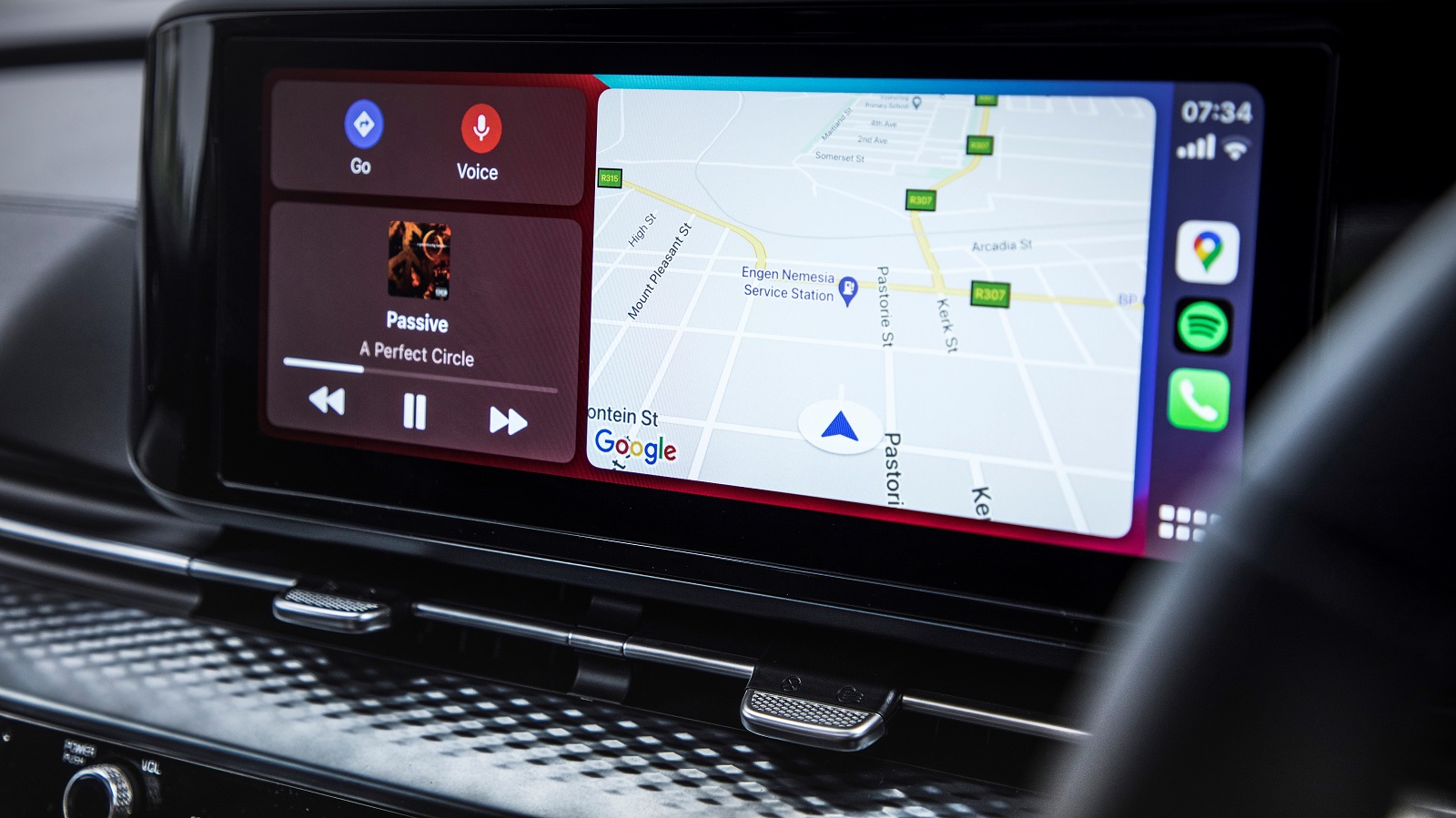 Why an MPV is better for most families

Unlike VW and Mercedes-Benz, which offer all- and rear-wheel drive versions of their MPVs, the Carnival 2.2 CRDi SX is front-wheel drive only. That helps to make the floor structure and cabin architecture even more spacious, but you might experience some wheel-scrabble up steep gravel road inclines – or edging up a steep and winding driveway, in wet conditions.

The defining element of an MPV is passenger comfort and loadability. And this is where Kia’s latest people mover shows a great deal of Korean design nous.

Seven is the magic number

Owners can choose between a seven- or eight-seater cabin configuration, and our recommendation is to opt for seven. This sees two individual seats as the second row, with a three-seater bench at the back – facilitating the best flow of passengers through the cabin area when embarking or debussing.

There is simply no comparing the passenger comfort of an SUV with an MPV. The Carnival is a better passenger journey experience compared to any equivalently priced SUV. Leg- and elbow room is superior, too.

Because an MPV makes no pretence of being an off-road vehicle, the Carnival 2.2 CRDi SX has a low centre of gravity, with outstanding stability through a sequence of corners – and great cruising speed tracking stability for a vehicle of its size.

The Carnival cruises with plush composure, unlike many SUVs, which can suffer lots of body roll and fidgety ride quality at speed due to their off-road biased rear-axles. 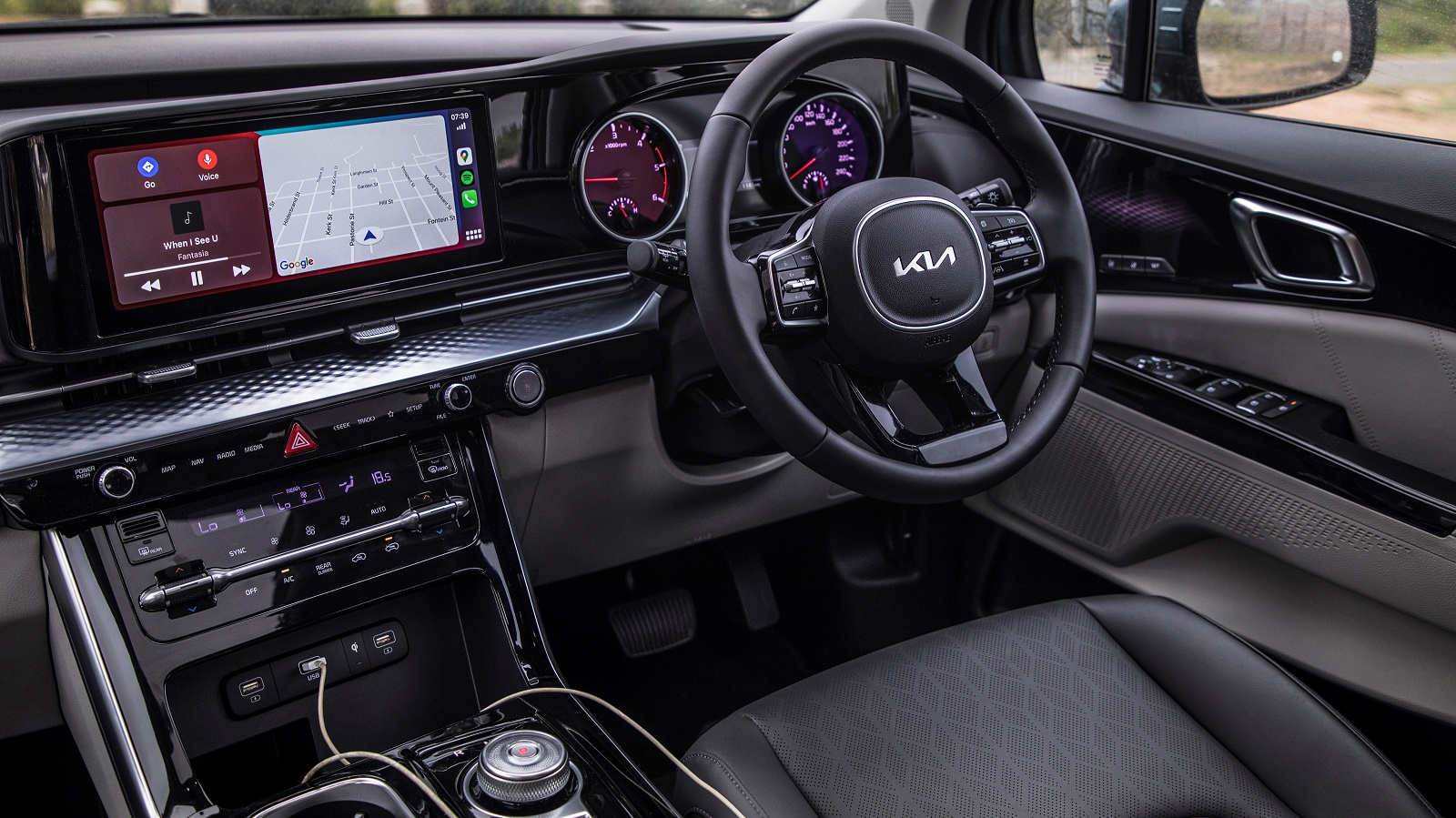 It is huge inside

Comfortable and digitally synched, but what about loadability? That’s where choosing a seven-seater MPV, as opposed to nine-seats, makes a crucial difference.

Choose a seven-seater Carnival and you gain a deep load space behind the third-row seating, with 1139-litres of capacity. That is double what you have in the luggage area of most mid- to large-size SUVs.

Tumble the seats, which is easy to do, and Kia’s Carnival 2.2 CRDi SX can shape a load space of up to 4110-litres. 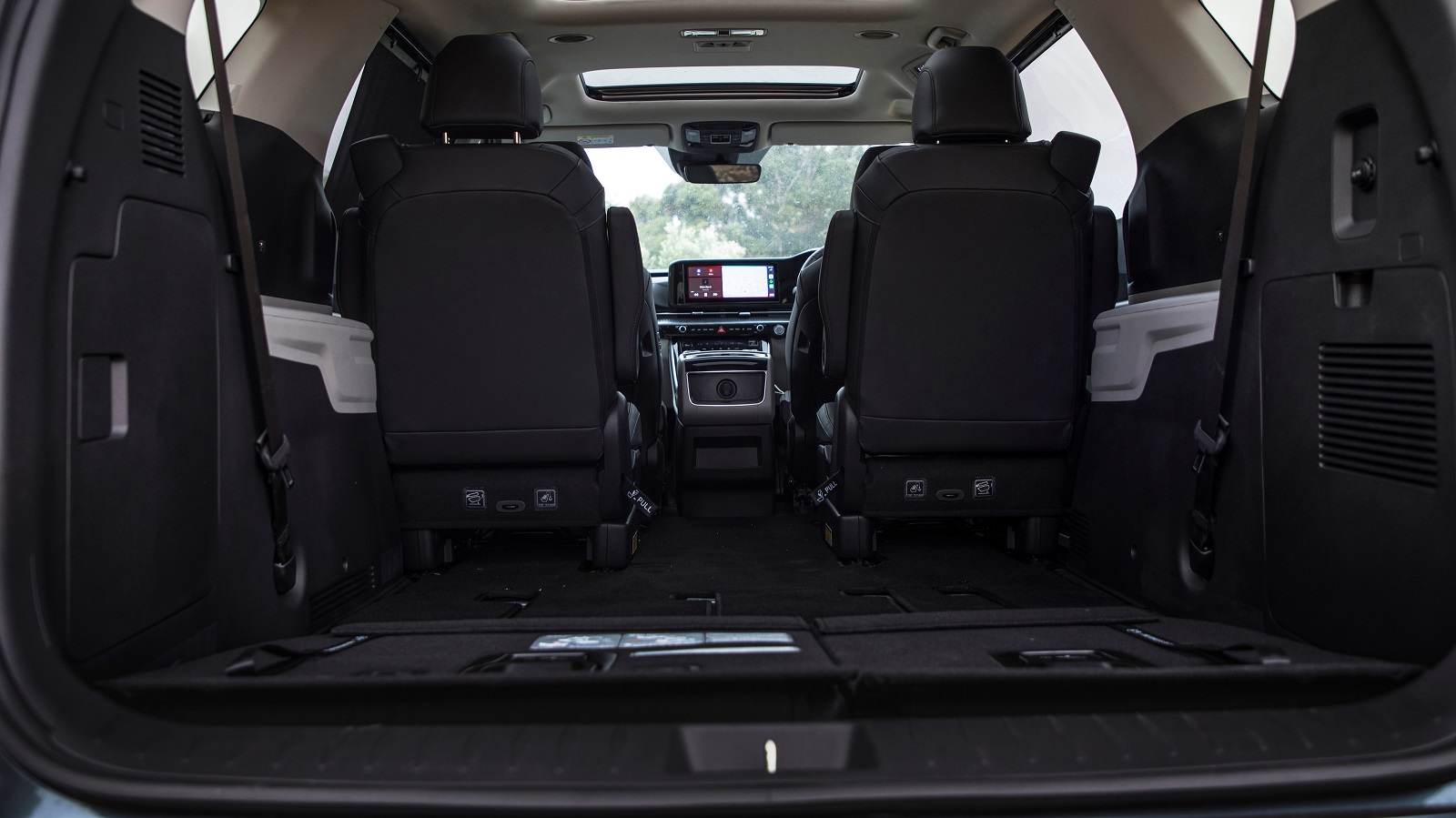 Diesel makes sense for an MPV

The Carnival is nearly unbeatable for transporting seven people in comfort, but the driveability makes it such a win.

You never expect an MPV to be agile, but Kia’s engineers have selected steering speeds and suspension geometry that make this MPV easy to place, at parking speeds – or changing lanes on the N1.

In America and Europe, diesel-engine passenger vehicles are becoming a rarity. But Kia’s 2.2-litre turbodiesel makes an excellent case for compression ignition in the Carnival 2.2 CRDi SX.

The diesel engine boosts 148kW and 440Nm, but the most impressive numbers are measured in litres. 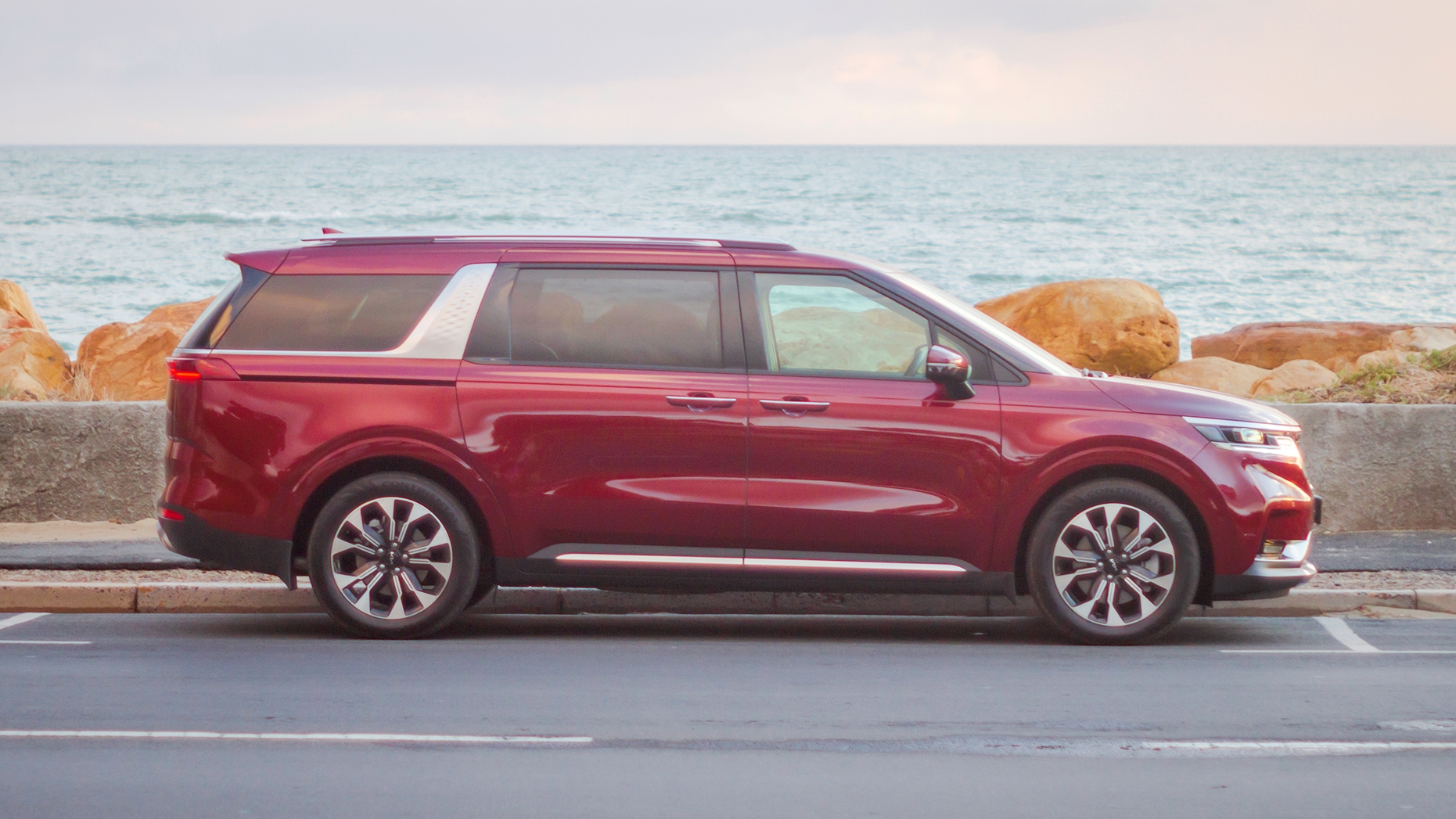 MPVs are large vehicles with average aerodynamics. At 2195kg, the Carnival has now a mass advantage over a seven-seater SUV, but it rides much lower, with better aerodynamics.

Kia’s product team have selected an ideal range of eight gear ratios for the Carnival’s automatic transmission, delivering acceptable performance and remarkable fuel economy. We averaged 8.4l/100km, which is outstanding for an MPV with the size and luxury of Kia’s Carnival 2.2 CRDi SX.

Priced at R999 995, this Kia seven-seater offers style and driveability at a cost that could be considered reasonable value. Especially when compared to VW’s T6.1 range or Mercedes-Benz’s V-Class MPVs. 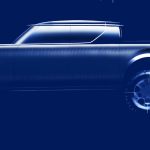