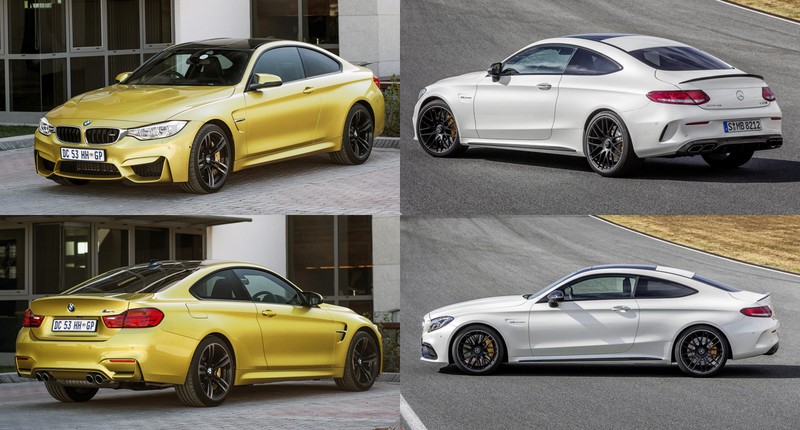 BMW’s hottest 4 Series has been tearing up stretches of tarmac around the world since early in 2014, providing plenty of high-performance thrills to lovers of German two-doors.

But now this M-badged monster – which shook up the Munich-based brand’s naming convention by effectively terminating the celebrated M3 Coupe moniker – has a new foe (in addition to the Audi RS 5 and the Lexus RC-F). And we thus appear to have a scintillating battle on our hands.

Yes, the Mercedes-AMG C 63 Coupe is scheduled to make its official bow at the Frankfurt Motor Show in mid-September 2015, but we’ve already learned a fair amount about what will be the sportiest C-Class ever (including the fact that it, too, gains a new moniker).

So, what better way to prepare for the sleekly styled Merc’s imminent arrival than to set up a cheeky on-paper shootout? That’s right, it’s time for another game of Top Trumps…

The BMW M4 makes use of a 2979cc inline six-cylinder mill, stoked by a pair of angry turbochargers. The result is 317kW delivered to the rear wheels from 5500rpm through to a throaty 7300rpm, as well as a peak torque of 550Nm (available from as low as 1850rpm all the way to 5500rpm). The all-important sprint from zero to 100km/h takes 4.3 seconds in the manual, and just 4.1 with an automatic gearbox fitted. Top speed comes in at an electronically limited 250km/h, although BMW will gladly raise that to 280km/h should you be prepared to cough up for the M Driver’s Package. The German automaker claims a combined fuel economy of 8.8 litres per 100km for the manual, and an even more palatable 8.3 for the auto.

The Mercedes-AMG C 63 Coupe, meanwhile, employs a 3982cc turbocharged V8 engine, beating the M4 for both displacement and number of cylinders. The 4.0-litre unit predictably churns out more power: in C 63 S Coupe form, the rear wheels receive 350kW between 5500rpm and 6250rpm, along with 650Nm from 1750rpm through to 4500rpm (a rev-range just as lengthy as the BMW’s). But the chunky Merc can also be had in S form, which boosts output to 375kW and 700Nm. The standard model reaches three figures in just 4.0 seconds, while the C 63 S Coupe is one-tenth quicker (and thus a fraction faster than the saloon versions). Quoted fuel economy ranges between 8.6 and 8.9 litres per 100km, while top speed is pegged at 250km/h (although the Affalterbach-based company will also offer the AMG Driver’s Package, which elevates the limit to 290km/h).

Both vehicles boast electronically controlled flaps in their respective sports exhaust systems, allowing the driver to alter the note.

As mentioned above, the BMW M4 comes with a choice of transmissions. Purists will take particular delight in the six-speed manual, which uses new carbon friction linings in its synchroniser rings and automatically blips the throttle on downshifts. Nifty. But the bulk of sales likely come from models specified with the optional seven-speed M double-clutch transmission, which makes use of various modes to alter the personality of the vehicle. It also boasts a launch control function, while an electronically controlled multi-plate limited-slip differential comes standard. The Mercedes, however, won’t be available with a stick-shift, instead exclusively making use of an MCT seven-speed sports transmission, also with a number of selectable modes. The C 63 Coupe comes standard with a mechanical rear-axle limited-slip differential, while the slightly hotter C 63 S Coupe gains an electronic rear-axle limited-slip differential.

BMW has made thorough use of lightweight aluminium in the double-joint spring strut front axle, while also developing play-free ball joints and elastomer bearings specifically for the M4 (and its M3 sedan sibling, of course). A CFRP front strut brace serves to further stiffen the business end, while a new five-link rear axle ensures a balance between comfort and outright dynamic ability. Adaptive M suspension is optional, allowing the driver to toggle between a few damper settings. The Mercedes uses a four-link front suspension with model-specific steering knuckles and a noticeably wider track. The multi-link rear axle has also been developed specifically for the coupe model, which in turn makes an increased track width possible. Stiffer elastokinematic tuning and more aggressive negative camber are also part of the package, as is an adjustable damping system. The BMW M4 comes fitted with 18-inch light-alloy wheels with mixed-size tyres (255/40 at the front and 275/40 at the rear). Optional 19-inch versions of the lightweight wheels can also be specified.

The BMW M4 — which features a carbon-fibre roof — wins the battle of the bulge by some margin, tipping the scales at an impressive 1497kg. The C 63 Coupe is rather lardier at 1710kg, while the C 63 S Coupe adds a further 15kg. BMW offers a free lap-timer application, which allows the driver to analyse his or her driving style. With a smartphone hooked up to the car, the app can be manipulated using the iDrive Controller. It records things such as the vehicle’s speed, longitudinal and lateral acceleration, engine revs, steering angle, and accelerator position, allowing subsequent analysis via graphic displays. Like the range-topping saloon model, the Mercedes-AMG C 63 S Coupe is equipped with dynamic engine mounts that the brand says helps to “further resolve the conflicting aims of comfort and dynamic performance”. These mounts instantly and variably adapt their stiffness to the driving conditions and requirements. 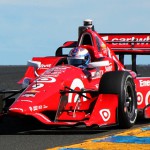