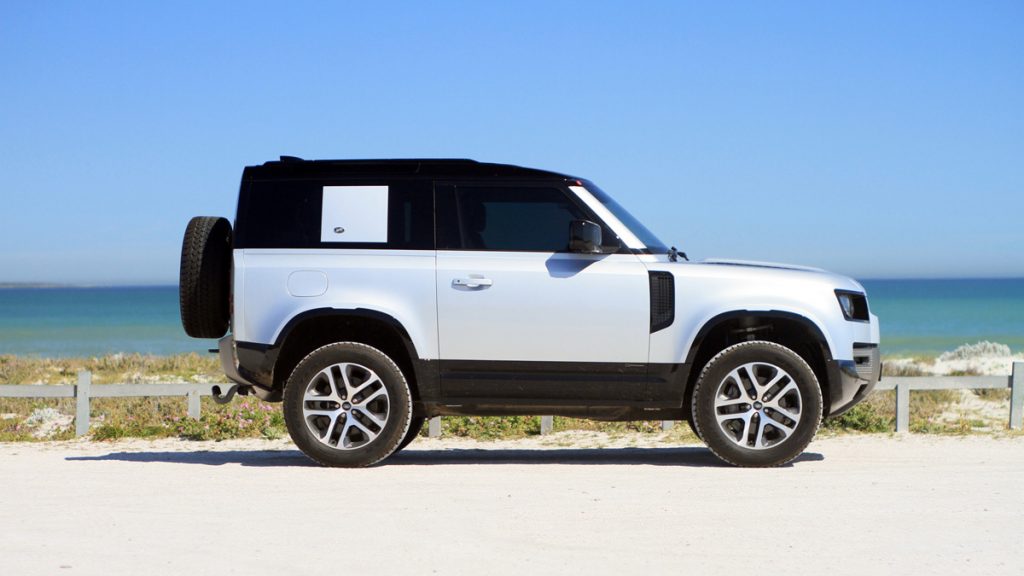 D300X is the new Defender without steel wheels and all the luxury time. Is this the smarter Land Rover for brand enthusiasts without kids?

The second-generation Land Rover Defender has been an enormously challenging and successful project for the iconic British adventure vehicle brand.

Realising the weight of expectation, challenges of legacy and evolving customer requirements, Land Rover allocated enormous R&D resources to the Defender project. And it shows. 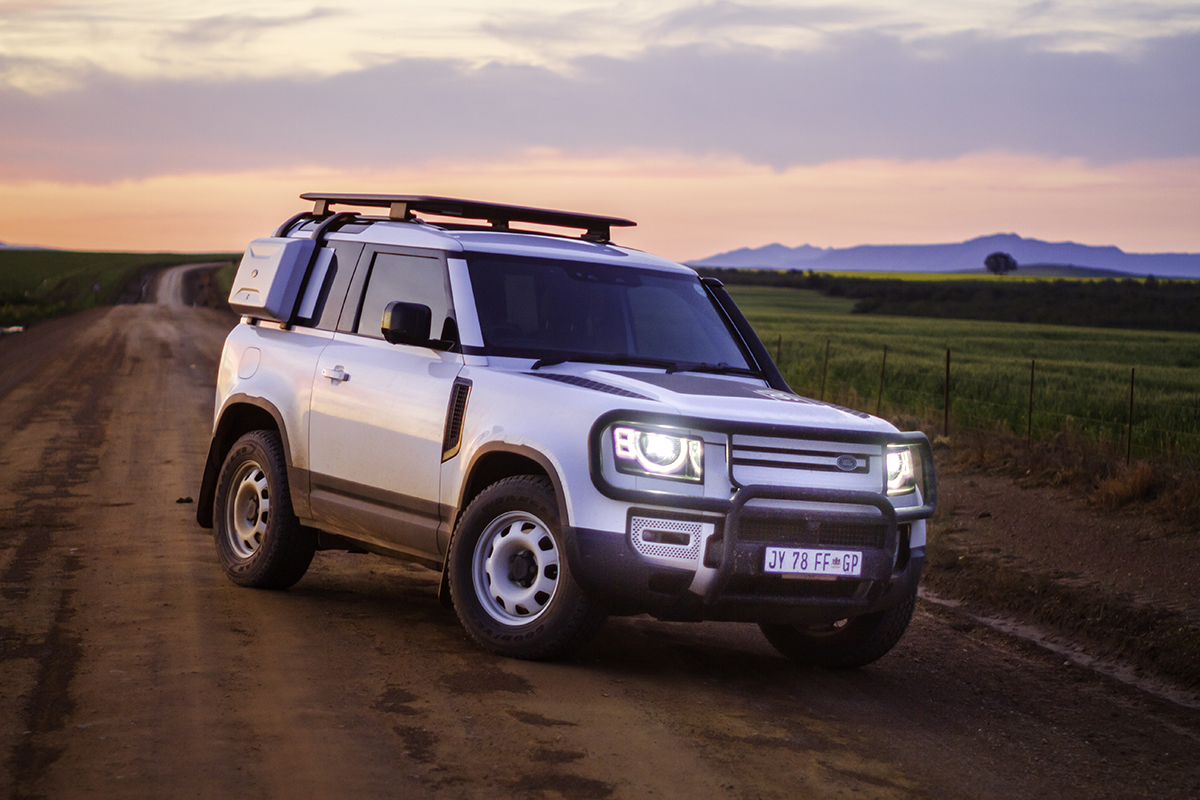 The lure of a luxury Defender

We tested the Defender 90 last year. That Defender 90 test unit was an exploration-specification version, with white steel wheels. It was deeply impressive, blending superb all-terrain driving confidence (and comfort), with an advanced level of cabin digitisation and UX.

This exploration version Defender 90 also featured many of the trimming and options you would select if overlanding three or four times a year. But not everyone does.

The truth is that Land Rover’s new Defender has cannibalised Discovery as the brand’s default choice for customers who require actual off-road ability. But also know that their driving reality is mainly contained to a city environment.

It is a truism of the 90-10 rule with 4×4 station wagons: they’ll only spend 10% of their driving mileage off-road. With the balance, 90%, being purposed as a conventional highway and urban cruising vehicle.

And if you know that your experience with the Defender will not be exploring terrain where it works best, rolling white steel wheels and journeying with a stacked roof tent, there is a different specification that might be better. 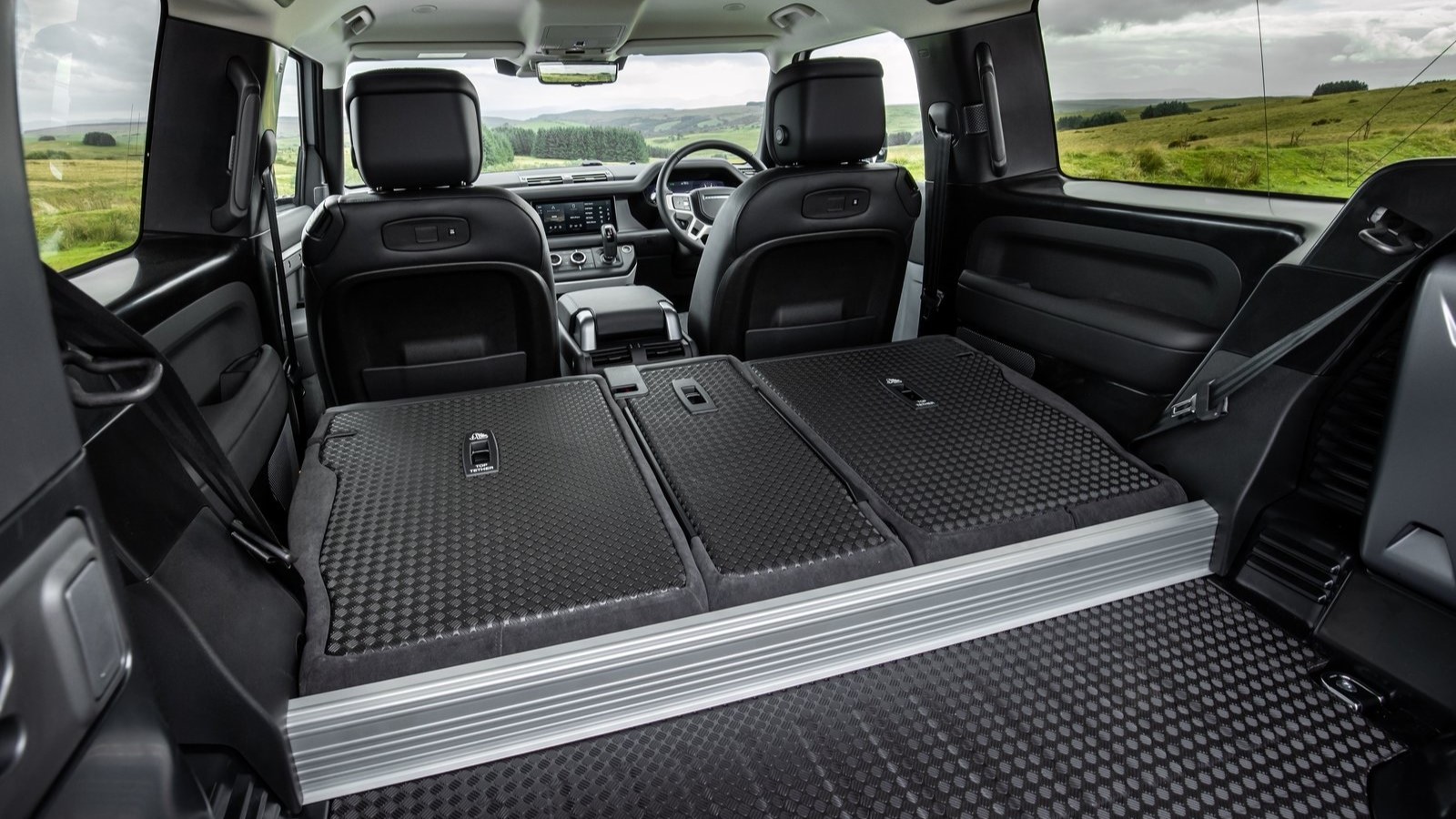 The trim level of choice for most Defender owners, who aren’t often on an off-road adventure, is the 90 D300X.

Land Rover’s short-wheelbase Defender looks terrific, but there are compromises to live with, considering its cabin architecture. It only has two doors, and they are large. Something to be mindful of when parking close to other vehicles. Ingress and access to the rear seats aren’t terrific, either.

And then there is the issue of load capacity. Although the Defender 90 D300X has an airy cabin, with a high roofline, the extended load space floor isn’t flat. Tumble those rear seats, and they only fold forward to a 40:20:40 configuration. That makes for a less-than-ideal rear load space if you plan stacking your Defender 90 D300X to capacity.

Land Rover’s short-wheelbase Defenders have always compromised loadability for appearance and ability. The Defender 90’s lack of outright loadability isn’t an issue if you don’t have kids. 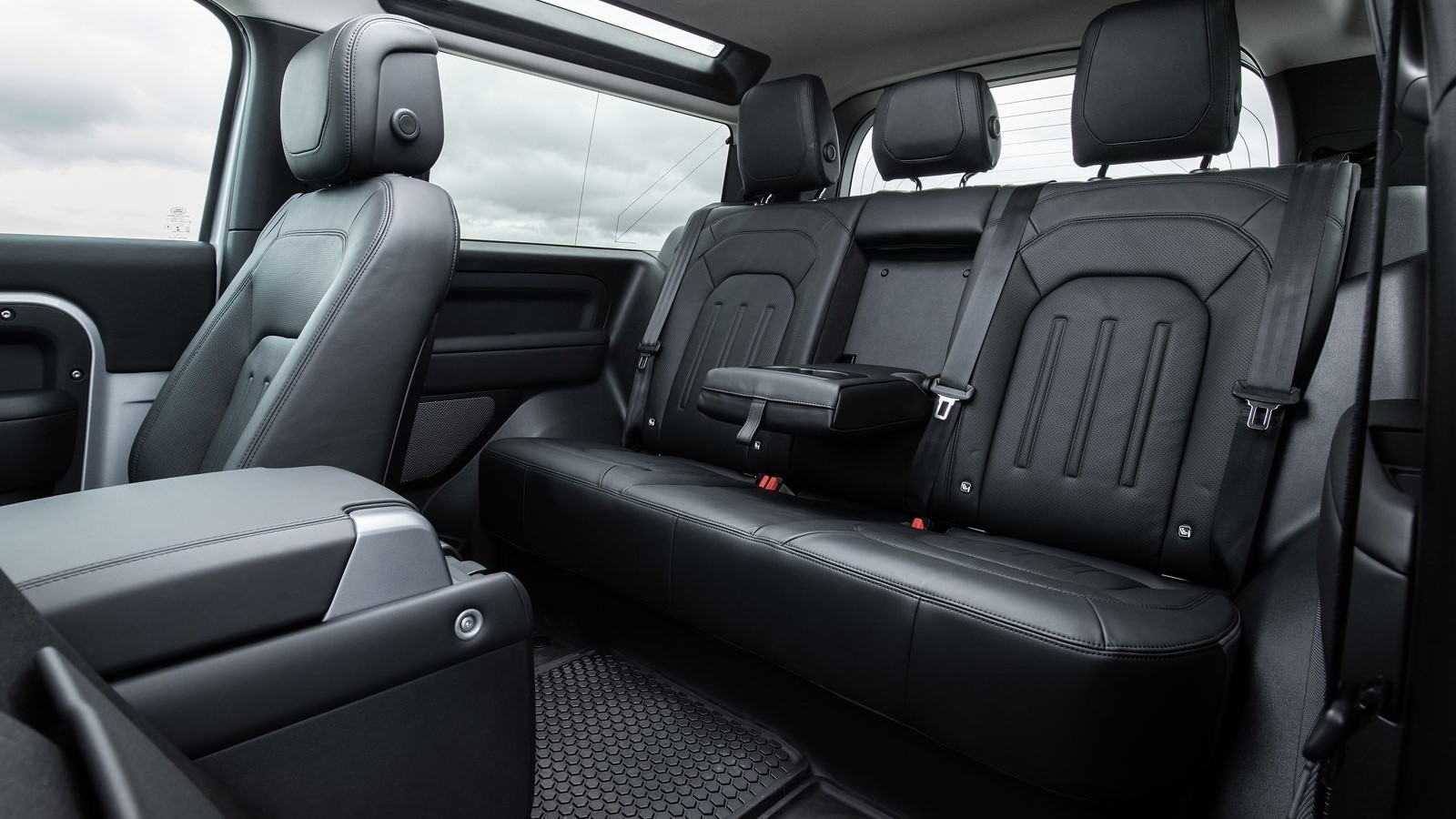 Smaller D300X is a smarter drive

And the benefits of its smaller size are evident all of the time when driving. It’s much easier to navigate to near lane flow gaps in traffic, and hunt for parking bays, in a Defender 90, than would be the case in Land Rover’s longer Defender 110.

Diesel engines might have become deeply unpopular in Europe, but in South Africa they remain the powertrain configuration of choice for luxury SUVs and adventure vehicles.

Defender 90 D300X is powered by one of the smoothest and most potent turbodiesel six-cylinder engines you’ll encounter in a vehicle with prodigious off-road ability. 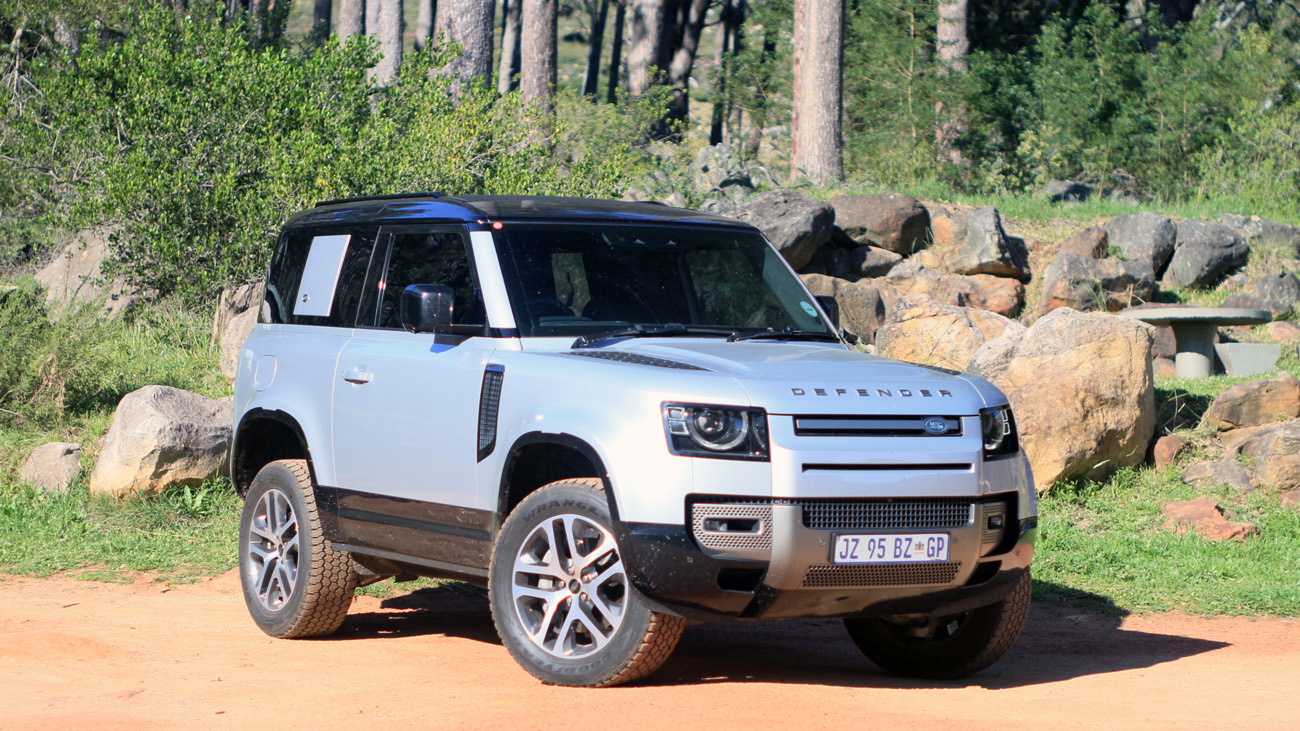 Boosting 221kW and 650Nm, it delivers a surge of acceleration when required. Land Rover quotes the Defender 90 turbodiesel as capable of 0-100km/h in 6.7 seconds, which is rapid. And it feels every bit that fast, too.

There is no overtaking anxiety with Defender 90. It has such enormous reserves of acceleration that you can confidently nudge it right, and power past slower traffic. And this is a huge benefit if you calculate the risk of overtaking on South African roads – where you want to be present in that oncoming lane for the least amount of time possible.

Fuel consumption? It remains a heavy vehicle and we averaged 9.7l/100km during our test cycle. 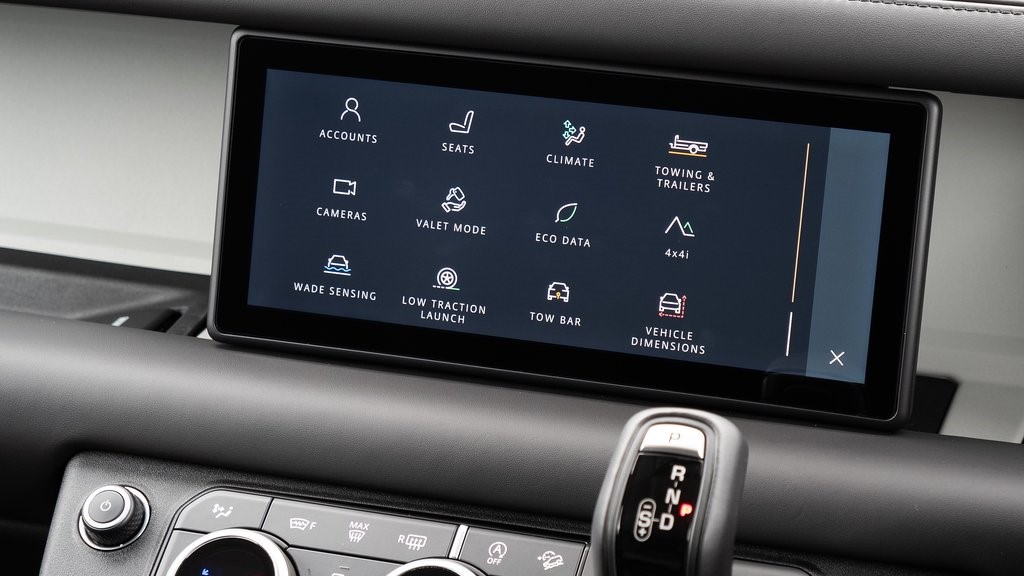 Land Rover retains some of the best infotainment and device synching of any automotive brand.

There is no rival to Land Rover’s short-wheelbase Defenders. These vehicles combine the luxury cabin trim, with smaller vehicle dimensions than any rival. And when required, the legendary off-road driving ability remains very much in reserve, to be deployed for conquering any terrain type or adventure route – supported by a dazzling array of off-road driving assistance systems. 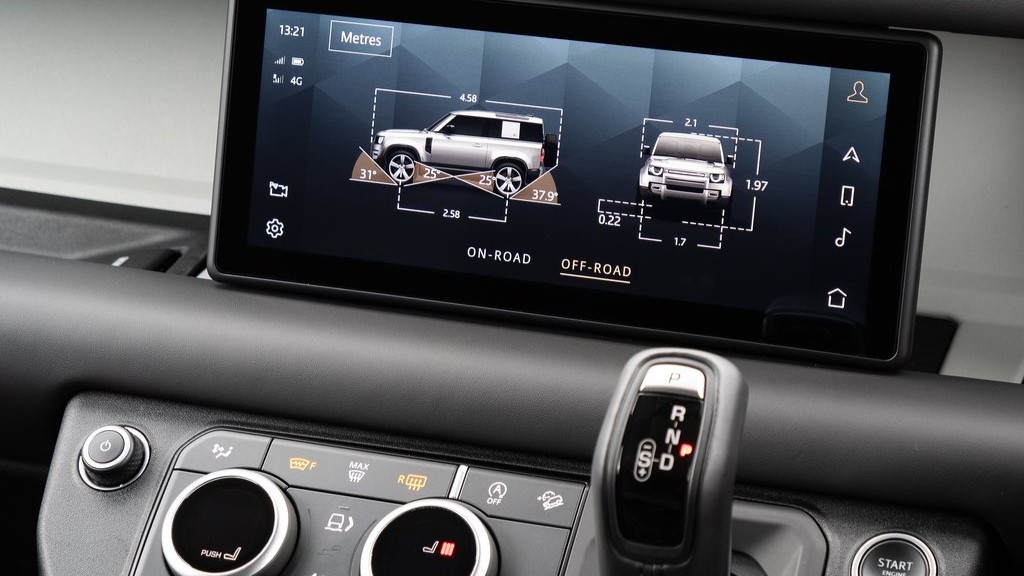 Toyota’s Land Cruiser FJ-Series is a theoretical rival, with a similarly bold design and proven off-road ability. But it is a vehicle two-generations old and is antiquated compared to the Land Rover.

A bane of owning any luxury off-road vehicle is that much of its ability remains latent. And the burden of that off-road ability (vehicle size and centre-of-gravity-induced body roll) remains bothersome for every moment of your daily driving experience.

With the Defender 90, Land Rover offers a luxury off-road vehicle with unrivalled heritage and design recognition that is easy to live with. Thanks to its compact size, the Defender 90 D300X

The debits? It is far too small for duty as a family vehicle, and occasionally frustrating when wanting to transport large objects in the back. 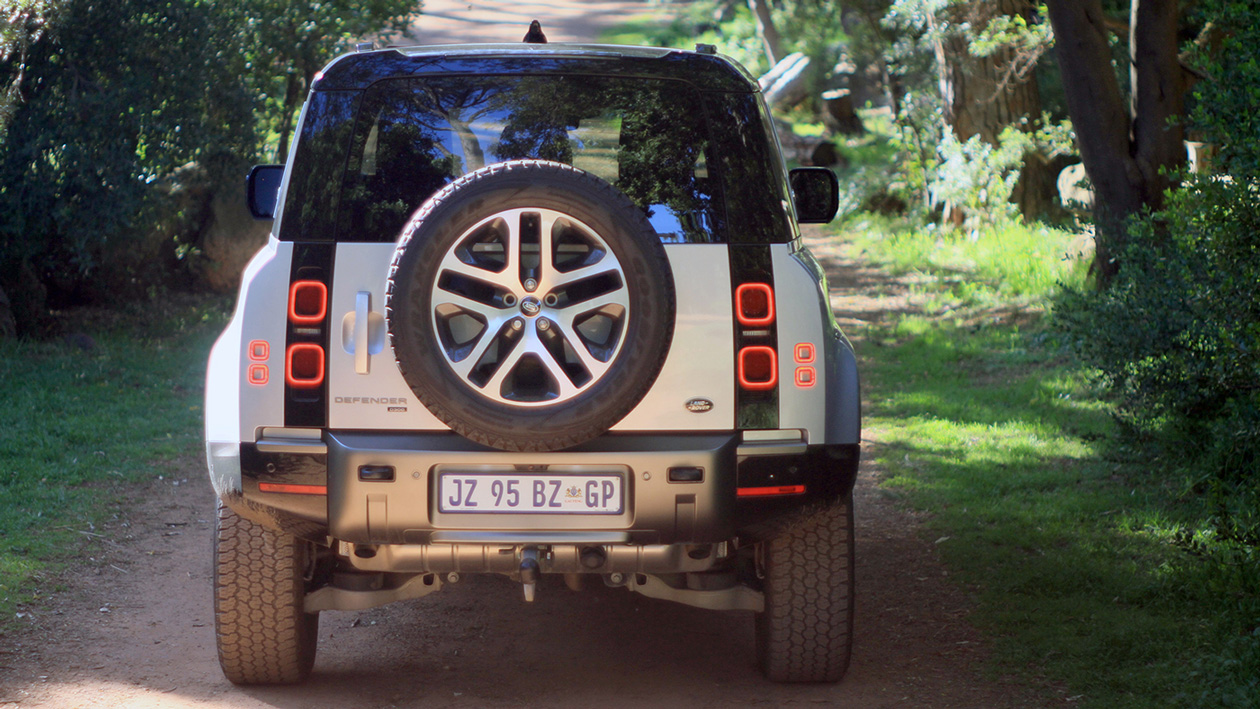 Is this the Discovery shorty that never happened?

Priced at R1 740 000, the Defender 90 D300X is a very expensive vehicle. But in a market where most luxury off-road vehicles are a compromised design, or simply too big, Land Rover’s short-wheelbase alternative offers something unique. And as we all learnt during that first week in economics 101: rarity is value.

There is also a peculiar context between Defender 90 in its luxury D300X trim, and Land Rover’s Discovery5. The original Discover was available as a three-door, much like the Defender 90. But it was eventually discontinued in favour of a traditional five-door station wagon configuration.

And now, Defender sales are many times that of Discovery5. And no small part of that, is due to Land Rover fans possibly always having craved a three-door version of the Discovery, and now finding exactly that, by proxy of Defender 90 D300X. 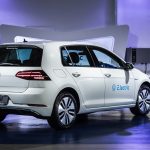