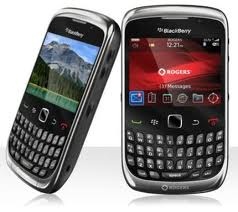 Recently launched in South Africa, Research In Motion’s co-CEO Mike Lazaridis had the following to say about the BlackBerry Curve 3G 9300: “The majority of people in the worldwide mobile phone market have yet to buy their first smartphone and the BlackBerry Curve 3G is designed to provide an extremely attractive and accessible choice that will help convince many of them to make the leap”.

You’d be forgiven for hearing elevator music. You might have started feeling the early onset of lethargy, the moment you heard the word “accessible”. Lazaridis’ statement is conscientious, astute and slightly understated, like the phone itself, but make no mistake… the Curve 3G offers the full, uncompromised BlackBerry experience in an attractive low cost package.

Without boring you with tedious details, the Curve 9300 is simply an iterative upgrade from the Curve 8520 with added 3G connectivity, GPS and a slightly more powerful processor. Although perceived as an upgrade, the Curve 9300 will most likely become the de facto entry-level smartphone for potential new buyers looking to have their first brush with the world of BlackBerry.

What the Curve 3G is not
With a 2MP camera without autofocus or flash, the Curve 3G is not a camera or video phone. It will do fine for capturing moments to share on Facebook or Twitter, but if you love your 720p video recording and have Pro Flickr account, you might want to look elsewhere.

Sometimes it happens that you’re at a party and you remember a great meme doing the rounds on YouTube. It would be criminal not to share it with your friends, so they gather around your BlackBerry and you stream the video, but unfortunately the speakers on the Curve 3G are disappointing. They sound hollow and crackly at high volume, and can easily be drowned out by a noisy environment. Luckily, when you plug a pair of good headphones into the 3.5 mm headphone jack, the sound produced becomes clear, and you are spoilt with a choice of 12EQ presets.

There are smartphones with better displays. Much better in fact. The 320 x 240 resolution display of the Curve 3G is not the most vivid you’ll ever see, and offers little in terms of screen real estate. With that said however, if you haven’t been spoiled by higher resolution displays such as those of the Curve 8900, or Bold series devices, you most likely won’t be bothered and will find the screen capable enough for most use cases.

The Curve 3G comes with BlackBerry OS 5 preloaded, and that means that the stock web browsing experience is sub-par. The Curve 3G however, is one of the few BlackBerry devices scheduled to receive OS 6, which includes a completely revamped, standards compliant, WebKit browser with improved Javascript performance. It’s unfortunate that the out-of-the-box web browsing experience would leave users wanting, but of course there’s the option to install third party browsers to hold you over until OS 6 is released.

What the Curve 3G is
Dim the lights, cut the elevator music and fade in some syncopated beats and staccato synthesizers. If you’ve never owned a BlackBerry before, or you’re thinking of upgrading from the 8300 or even 8520 series without breaking the bank, here’s what the Curve 3G is.

It’s an amazing communications device. Like all BlackBerries, it’s the best device for email with up to 10 accounts simultaneously manageable through the unified message center. Social media services such as Facebook, Twitter and MySpace are baked into the OS and BlackBerry Messenger allows SMS style “sent”, “delivered”, “read” instant messaging. All your favourite instant messaging clients from AOL, Google, Microsoft and Yahoo are also supported and you never have to worry about data usage as all BlackBerries come with unlimited data plans.

Despite a relatively small gaming catalogue, you have access to 10 000+ free and paid apps from BlackBerry App World, and with the Curve 3G’s built-in 256MB of flash memory, you have plenty of space to store new apps. On the topic of storage, the Curve 3G comes with a 2GB microSD card, and supports microSD card sizes of up to 32GB.

You get one of the best full QWERTY keyboard experiences in the smartphone business, and smoother and more reliable navigation thanks to the optical trackpad, which supersedes the much maligned trackball of older devices.

Other noteworthy hardware features include the dedicated media buttons on the top of the phone for navigating your music playlists and volume rockers on the right of the phone. You’ll also find programmable left and right convenience keys that will activate voice commands and the camera by default.

On par with the more high-end BlackBerry handsets, the Curve’s 624 MHz processor provides for snappy user interface experience and boasts excellent battery life, with the battery lasting a full day with heavy use and about 2 days otherwise on a single charge.

3G connectivity on the Curve means you can do simultaneous voice and data. If you’re in a call, and would like to look something up, simply switch to your browser and continue talking over the speaker phone. As mentioned earlier connectivity options also include Bluetooth with modem tethering capabilities, and Wi-Fi, which includes 802.11 b/g and n.

The support of 802.11 n is significant because the Curve 3G is the only device apart from the Torch 9800 and upcoming Bold 9780 that supports this high speed protocol.

You can organize your social schedule with the built-in BlackBerry organizer, and you never have to get lost on your way to a business meeting or party as the built-in GPS and BlackBerry Maps will get you there. Turn-By-Turn GPS is not supported out of the box, but most carriers offer free 2 year contracts from services such as Garmin or Vodafone.

Despite packing all of the aforementioned hardware, the Curve 9300 still manages to weigh only 104g.

Lastly, you’d be surprised to know that the Curve 3G can actually be used to make voice calls, and even better, the call quality is excellent and if you’re worried about dropping calls or signal attenuation, let me assure you, this is no iPhone 4. A hands-free headphone set is also included in the box.

Pricing and Availability
The Curve 9300 is available on both Vodacom and MTN in South Africa, and you can expect to pay around R210 for a 24 month contract, which includes unlimited on device data usage.

Conclusion
If you are looking for a full featured, cost effective smartphone, with excellent connectivity and communication features, the BlackBerry Curve 3G 9300 deserves some serious consideration. If you add the unlimited BlackBerry data plan to the equation, the Curve 3G becomes an extremely attractive choice for first time smartphone buyers, or those looking to upgrade from an older generation BlackBerry, that won’t cost an arm and a leg.

Despite its camera, display and speaker shortcomings, the Curve 3G delivers a BlackBerry experience that checks all the boxes, and comes at an attractive price to boot. It’s unfortunate however that the device ships with OS5, as OS6 would have made the Curve 9300 that much more compelling, especially when being compared to the other lower priced Android devices that offer good web browsing experiences out of the box.