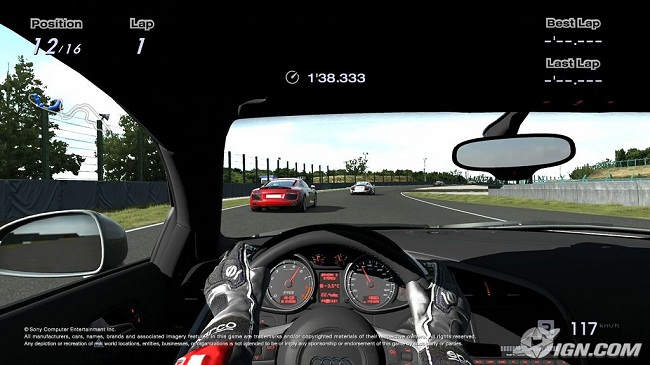 Getting ready to play a new game can sometimes be like that first conversation with a girl you like. She is very pretty (graphics look amazing), she has similar interests to you (your favorite genre) and people that know her have only good things to say (comes highly recommended by other gamers). But when you take the plunge and actually engage her, it doesn’t work out like you had hoped.

Sometimes she’s a total hellion filled with the crazy, sometime she’s perfectly nice but just not meant for you. Either way, you are left disappointed.

No-one has a monopoly on disappointment, least of all gamers, but over the last few years the media that has built up to report on gaming has evolved into, essentially, a huge hype factory. The entire gaming journalism machinery functions as a tool to build up excitement for games. It’s rare to read a game preview that has anything harsh to say or that points out problems. Those that do always add the universal rebuttal of “its still early in development, it will be fixed by release date” at the end.

When everything you read about every game is always positive, naturally it elevates expectations on your part. But surely not every game is good? It’s inevitable then that disappointment will make an appearance somewhere. We get blinded by that game that’s based on a book we really love. Or a developer we admire lets us down. Or the trailer was just sooooo amazing, but the full-length version didn’t quite match up.

Long-time gamers have learned how to look beyond the hype, a skill that unfortunately can only be acquired through experience. But even we can get stabbed in the back by the dagger of disappointment sometimes.

All of which brings me to Gran Turismo 5 (GT5) for the PlayStation 3. GT5 is an example of the worst kind of disappointment. It’s a sequel that‘s a good game, but really should have been a great game. Allow me to explain.

Ignoring for a moment the excellent visuals of the game, GT5 is the worst game in the entire series. Its core gameplay still remains incredibly enticing. Driving your car is still a very fulfilling experience, as is the modifying and tinkering with it until you’ve pushed the car to its limits. Where this game fails however is in two very specific areas that are not unique to GT5, but this game does provide an excellent example of these failures.

First issue. Adding problems where there weren’t any. The series has never been known for having the friendliest menu interface, but it was always functional. More importantly, it wasn’t an obstacle in getting to the actual racing. The current layout is just a mess of icons and it’s never really clear what they do. It represents a barrier to your enjoyment, because when you buy a racing game, it’s reasonable to assume you want to race. Faffing around in the menus isn’t nearly as enticing. It’s not an insurmountable problem, or even a particular huge one, but the point is this was never an issue before. So why does it have to be one now?

The second issue is way more egregious. Failing to address known issues. Gran Turismo first made its appearance in 1997 on the original PlayStation. At that point in time it was a revelation. A racing game that sought to simulate the actual physics of driving a car, that featured a vast selection of real world cars supported by the actual manufacturers. It even offered the opportunity to modify those cars as you saw fit. You could take a piece of junk Daihatsu, for example, and produce something really special.

That game had its problems, but in the context of its time they were rather minor and forgivable. So there was no damage when smashing into other cars, and opposing cars were oblivious to your presence on the track? These weren’t even considered problems in 1997. The technology to implement them did not exist yet. That is no longer the case.

Consider the Forza series, NFS Shift, GRID or even Burnout. These games have proven that a damage model is possible and that opposing cars can have dynamic AI.

People often accuse the FIFA and Madden games of simply upping their player rosters and boosting the visuals every year. And perhaps that is true. But if ever there was a franchise guilty of this kind of development process, then it is the team behind Gran Turismo.

Every Gran Turismo game has featured an extensive and updated list of cars to choose from and every version has been a visual showcase for the console that it was on. But the game itself? It hasn’t changed at all since 1997.

It’s a credit to the development team that the game they made over 14 years ago is still immensely enjoyable, even in the face of quality competition. As a fan of the series, you know they had both the time and the resources to make this game better. But they did what they did with every sequel in the series, namely added new cars and polished the visuals. You can’t do that anymore, then expect everything to be fine. And if you look back at all the Gran Turismos, it is clear that that is really all Kazunori Yamauchi has done.

In the five years that GT5 was in development, was there even a discussion about tweaking the gameplay? From the looks of the game, it doesn’t seem that way.

In the parlance of the internet, I am sorry to say but, “I am disappoint.”