By Andre Fourie
Read nextDrool over the new Mac goodness 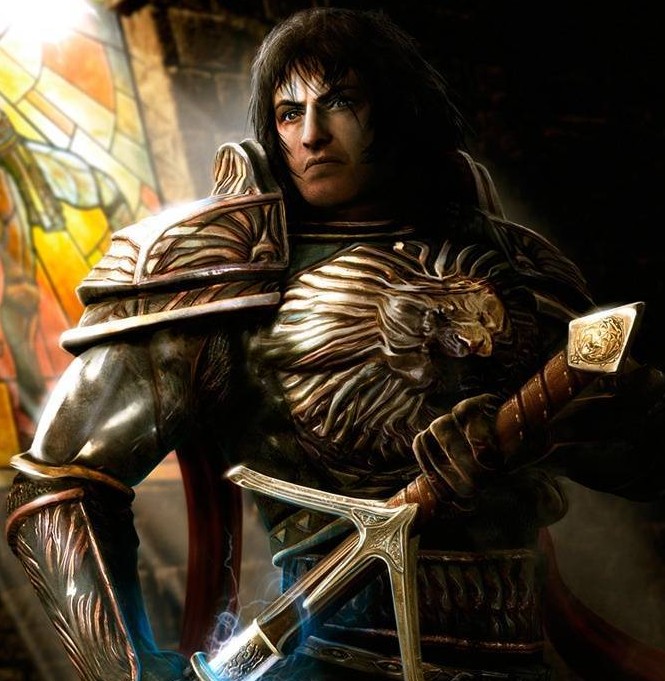 Review: Dungeon Siege 3. Since my school days, I’ve a secret guilty pleasure in staying home on rainy winter Saturday nights to hack-n-slash my way through hordes of evil baddies, collecting treasure upon treasure. The game that started all that? Diablo. It had everything – graphics, storyline and, most importantly, a never-ending stream of loot.

Many a happy weekend was spent crawling dungeons, looking for a fight with Baal and then having an epic throw-down where I cast his scaly red ass back to the pit from whence he came.

As much as I wish it was, this is not a Diablo 3 review. The game I played to fill the time until Blizzard’s latest masterpiece is released is Dungeon Siege 3. And Dungeon Siege 3, between you and me, sucks. Any fan of hack-n-slash RPGs will tell you that core to any game’s success is the quality of the loot available. You see, you have to incentivise a gamer if you want him to tirelessly whirl blades a-swirling through endless corridors of pointless enemies while you incrementally upgrade ultra-vanilla special abilities in the long and epic quest for ultimate special goodness.

Sure, you need a solid story, good graphics, nice sound and some degree of choice in how your game plays out, but ultimately all the shortcomings in the aforementioned categories can be forgiven if you just remember to give us some cool loot.

No choice or nul choice?
Obsidian, which took over the Dungeon Siege franchise from Gas Powered Games, somehow missed this. Not only that, they missed out on something they are famously awesome at: real, consequential in-game choices. You know, like the genuinely meaningful choices in that other game they did you may have heard of. Talking about Fallout New Vegas, natch. Anyway. Apparently they’ve tried this choice thing and are a bit over it. Worse, with the characters in Dungeon Siege 3 being so unbelievably dull and flat, by the time one of your choices have actually maybe possibly made a difference to what happens next in the game, you are long past caring.` Dungeon Siege 3 features okay graphics – it reminded me of a slightly more polished Diablo 2, especially when playing the game on a PC with solid hardware. The view is standard top-down-from-an-angle RPG style, with the added ‘bonus’ of a maddening camera angle that always manages to be pointing in the wrong direction. The sound is decent and the voice acting carries the characters much further than the story does.

I didn’t even try playing the game with mouse-and-keyboard, opting instead for an Xbox controller that made the combat system quite satisfying to use. The streams of enemies that assail you around every corner make dodging a core gameplay mechanic and adds a sense of accomplishment to winning the game’s battles. The enemies are very ho-hum and it’s seldom that a truly challenging mo-fo makes a move against you. When he – or she, or it – attacks you, it’s often ten minutes or so later that you finally defeat them, making combat the only satisfying part of Dungeon Siege 3.

Paint-by-numbers narrative
The story? Standard RPG-fare. There’s an evil oppressor, a band of mercenaries, a team or legion or clanking of knights or templars or chevaliers or whatever the hell they’re called, and four playable characters. The playable characters all have different weapon sets and abilities, so you do get a slightly different gaming experience when you replay the game with another character. My favourite was Katarina, the pistol-wielding illegitimate daughter of Hugh Montbarron and a Lescanzi witch, who was modelled on the lovely Rebecca Grant. You take your chosen character through a fairly linear storyline, completing a string of quests and veering off the beaten track ever so often to complete one of the side missions. There’s no real difference between one quest and the next – every one basically involves you going off to kill something and recover a lost artefact, treasure or other item. There are no potions, so luckily gameplay isn’t reduced to you stocking up on instant-health boosters and chugging them whenever your health bar dips down. Instead, enemies drop little green orbs that replenish your health, so you get to ceaselessly pummel your foes into oblivion and then chug down as many health orbs as you can get your hands on to keep going. That’s quite fun.

Licence to be robbed
Finally: multiplayer mode. This is, without a doubt, a complete waste of any serious gamer’s time. Obsidian forgot to include safeguards against exploitive quest partners. If you open up a single-player game for online play, any jerk can join your game, rush to the nearest salesman and sell off your entire inventory before exiting the game. WTF doesn’t begin to describe it. Although you can’t blame Obsidian for other people being dicks, you sure as hell can fault them for allowing dickish behaviour in one of their games. A simple safeguard could’ve prevented this maddening – and game-ending – aspect of online play.

In the world of RPGs, Dungeon Siege 3 is a dripping, melting snowcone where only a fierce, biting, blistering bastard of a blizzard will do. Can we please have Diablo 3 now?