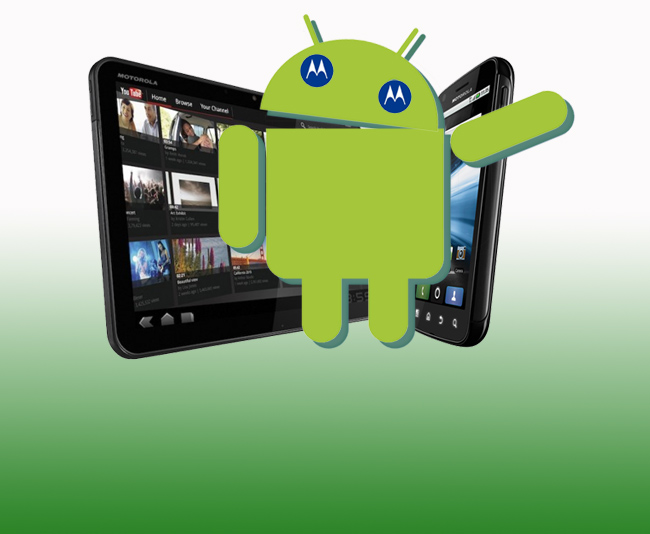 As many words have already been written about Google snapping up Motorola as dollars changing hands in the deal. Here’s a Twitter-length analysis: “$12.5-b from GOOG for fading maker of mobiles and set top boxes to stymie Apple lawyers with 17,000+ patents; other Android OEMs poker-faced”. Now, Gearburn predicts what it will do for you – and to you – over the next few years.

1. Stop squabbling over patents, start building better phones
The last year has been an ugly mess of patent fights and sabre rattling – more recently breaking out into a full-scale shooting war of lawyers and injunctions. In the latest, HTC has just counter-sued Apple today. Mostly the manufactures are tit-for-tatting over software patents, those ridiculous monstrosities of failed policy.

Gearburn’s best case prediction: Since they won’t want to go to war in court, maybe they’ll spend less on lawyers, more on engineers, and go back to designing better phones that customers want.

2. Vertical integration of hardware and software can only be a good thing. Except when it’s not
Apple is the poster child of the “integrate vertically and happiness will follow” school of thought. And it does a great job here. But HP also vertically integrates (it has WebOS for its tablet that won’t sell), as does RIM (no more need be said).

Google insists that it will keep Motorola at arms length as a separate operating company, and that the other OEMs will not be pushed out. Good luck with that.

Gearburn’s best case prediction: Sometimes doing stuff in the hardware is better than in software: use ASICs, not throw more CPU cycles at everything. Google is all about software. Working with more hardware engineers could lead to better product – and put more wood behind Google’s hardware arrow (yes, thinking Chromebook-slash-Atrix mashup).

3. This may be the break Microsoft was hoping for
Google insists that it won’t cut out the other handset manufacturers, and it even managed to rope a couple in to make happy noises, but they will be looking at this deal with a certain amount of unease.

Google has long had a policy of playing round-robin with a favourite – more or less every year it picks one of the OEMs, and they get to be the lead handset maker for the next generation of Android. Will the Motorola handset business get inside status? No, said Larry Page on the official blog.

Well that’s ok then. But Microsoft’s share price ticked up on the news, so clearly investors are not taking the sunshine and rainbows messages at face value. The 30+ other OEMs may be looking a little more favourably at Redmond – or at least will want to keep that one open as leverage.

4. Google TV redux, anyone?
It’s not a sexy business, and you probably don’t even see the ‘M’ logo on the box, but Motorola is the USA’s biggest manufacturer of the devices that hook up TVs to the cable networks. The other big competitor is Cisco’s Scientific-Atlanta unit. Now the TV guys are happy enough to talk to hardware guys like the Big M and Big C – but not so much wanting the Big G and it’s monstrous appetite for gobbling up every possibly media business it takes a fancy too, and then throwing it back out, pumped up on G-steroids to disrupt markets and take on incumbents.

In its call announcing the deal, Google even mentioned the set top box business. The Mountain View Chocolate Factory takes a long and devious view – but one day you may find your Web browsing, phone using and TV viewing habits are Google’s plaything. That’s an awful lot of your waking life in its hands right there.

Gearburn’s best case prediction: The media and TV world needs a shakeup, and Google’s one to do a lot of shaking. In particular, TV/Web integration that’s a bit more useful than the Home Shopping Network.

It’s a done deal
The deal will go through hell or high water – firstly it’s a vertical, not horizontal, market consolidation, which regulators are not that fussed about. Second, there’s a massive $2.5-billion ‘reverse break-up fee’ Google must pay Motorola if things fall apart. They’re pretty motivated.

Motorola was in the sinkhole, floundering downward – for every Atrix it delivered lately, it also delivered the Atrix docking station. So many near misses, so much corporate hubris. If nothing else, a change of leadership should kick some of the slow, clumsy, stupid and inward-looking Motorola management into touch and let the company be the innovation giant it was thirty years ago.

Good luck to you on this one, Google. God speed. Don’t do any evil.