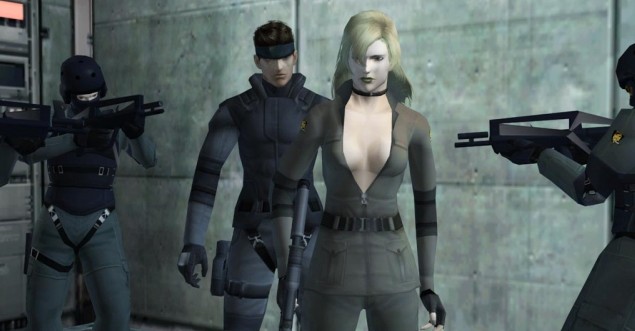 True remakes in games. Why so few? Hollywood loves remaking the same stuff ad nauseum, whereas game studios just rewarm or port over. While I was contemplating the metaphysical implications of rehashes, it occurred to me that this is something you don’t often see in videogames: the straightforward remake. Not a reboot or port to a handheld, but taking an existing game and making it all over again using the latest technology, but keeping the same plot and gameplay elements and changing as little as possible. Sort of like an HD directors cut, if you will.

Rehashes and rewarms are not inherently a bad thing. Nintendo’s entire output is basically built on the concept — I mean seriously, they’ve basically been tweaking, rebooting and spinning off the same three games (Mario, Zelda and Metroid ) for the last 20 years. I’m cool with that though, because, well, for the most part those games have been consistently fun and of a high production value.

But remakes that give you more, not different? I trawled through the recesses of my mind (and used some Google-fu) and found my top five remake games that do it again – but much better.

Metal Gear Solid: Twin Snakes
The 2004 remake of the Playstation classic should probably be in the text book of how to do a remake. Twin Snakes was basically Metal Gear Solid 2: Sons of Liberty minus the weird, convoluted plot and effeminate lead character. It really was just the original with a new lick of paint, plus Snake got all the moves he had in the sequel as well. The only other addition was the re-shooting of the game’s seminal cutscenes by acclaimed Japanese director, Ryuhei Kitamura. Other than that, it was the same great game. Pity it was a Gamecube exclusive, since no-one really got to experience it. After Core Design’s aborted attempt to inject new life into the Tomb Raider franchise with the lamentable Angle of Darkness, developer Crystal Dynamics was handed the reigns to bring Lara back from the brink. They succeeded admirably with Tomb Raider: Legend, with took a back to basics approach to the character, but used a newly developed game engine. The follow-up game was Tomb Raider Anniversary, which used the tech they developed for Legend, but applied it to the story of the original 1996 classic.

The Witcher: Enhanced Edition
This one is skirting the definition of remake a bit, but I think it qualifies. The original version of The Witcher was a very well regarded RPG. Its use of mature content, which in this case didn’t just mean boobs and blood (although the game had plenty of that) is still unrivalled in its genre. Also of note was the game’s implementation of genuine consequences for the choices made throughout the game. Despite its laudable qualities, the original game was bit if a technical and design mess.

The enhanced edition sorted that out lickety split. The remade game quashed a number of the original’s bugs, added new dialogue and redesigned the inventory system. Fundamentally, though, it was the same game. The Enhanced Edition was in many ways the same thing that George Lucas did to the original Star Wars trilogy. Accept not crap. Coming off much better than its big boy console reboot, Rearmed was a nostalgia trip to the joys of a 1980s arcade. The game lovingly recreated the 2D side-scrolling adventure with a minimum of fuss and spectacle, focussing strictly on fun. Aside from some minor tweaking to main character Spencer’s arsenal, the game preserved the original experience in nearly every aspect. In an effort to preserve the originals quirks, the game went so far as to use “bad translated dialogue” in its story elements.

Super Mario All-Stars
Technically speaking, this would actually be four remakes, as Super Mario All-Stars for SuperNES was a compilation of the four original Mario games that were released on the original, iconic Nintendo Entertainment System, the NES. Where the other remakes on this list made some superfluous additions, like new cutscenes or new special moves, All-Stars tampered with nothing but the visuals, putting a lick of SuperNES paint on what many still believe is the greatest 2D platforming game ever made. Fortunatle for those of us without a working SuperNES, Nintendo was kind enough to release All-Stars, unchanged, on Wii last year.