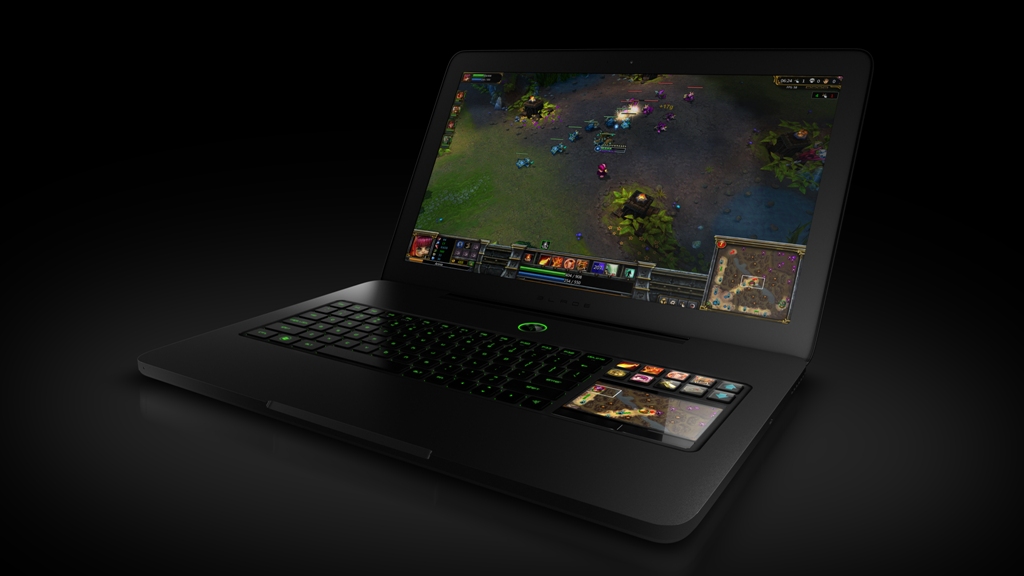 “PC gaming is not dead.” So intones the Razer Blade, a gaming laptop due to hit the streets at the end of the year. The manufacturer pitches it as “the world’s first true gaming laptop.” Other gaming laptop makers may disagree, and at US$2800 it costs ten times as much as an Xbox or Playstation 3. Or five times the price of a capable gaming PC. What’s the fuss?

The Razer Blade is 3.1kgs of blisteringly-fast gaming power combined with a full-sized “gamer’s” keyboard and an OLED touchpad to do gaming stuff with. The Razer weighs less than competing gaming laptops such as Alienware, and its form factor emphasises lengthy periods of gaming.

Not even 3cm thick, this really is the thinnest gaming laptop out there. Gaming laptops have always represented the antithesis of the laptop ethos in that they are anything but portable, requiring an immense power adapter to operate and squeezing out under an hour of computing on a full charge.

The Razer was developed in conjunction with Intel and sports a Core i7 processor, a 2GB Nvidia graphics chip and over 320GB of storage and is powerful enough to run the current batch of games, such as Battlefield 3, a title which reportedly fried PC’s running its demo at GamesCom.

The Razer’s success depends on gamers wallets – can the average gamer afford a US$2800 luxury device? According to a Gartner report, the makers of gaming laptops (outside of Asus) barely register on the global sales figures. It will be interesting to see how and if the Razer can compete with the console market and what its impact will be on the world of gaming.