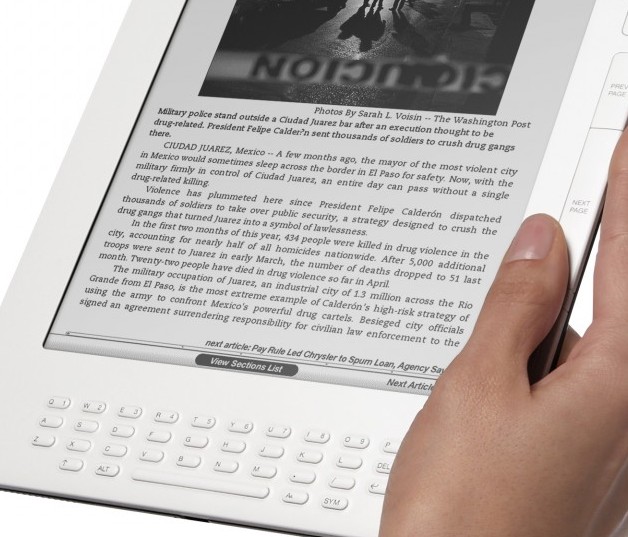 It’s a lot of “sources familiar with the matter” reporting, but both Wall Street Journal and New York Post are predicting that Amazon will step up from the hugley successful Kindle and release a full scale tablet within the next month or two, based on Android. This has got the analysts very excited, as until now threats to Apple’s iPad hegemony have been feeble.

But Rotman Epps said Amazon’s “willingness to sell hardware at a loss combined with the strength of its brand, content, cloud infrastructure, and commerce assets makes it the only credible iPad competitor in the market. If Amazon launches a tablet at a sub-$300 price point — assuming it has enough supply to meet demand — we see Amazon selling 3-5 million tablets in the fourth quarter alone,” she said.

The Seattle, Washington-based Amazon, maker of the Kindle electronic book reader, is capable of “disrupting not only Apple’s product strategy but other tablet manufacturers’ as well,” the Forrester Research analyst said.

Apple sold 9.25 million iPads last quarter and dominates the market for the multi-media devices, which are also being produced by South Korea’s Samsung, Blackberry maker Research In Motion and scores of other companies.

But none of the iPad’s rivals has managed to put a scare so far into the California-based gadget-maker whose legendary co-founder Steve Jobs stepped down as chief executive last week.

According to technology research firm Gartner, the iPad will account for 68.7 percent of the 69.7 million tablets to be sold this year and will remain the top-selling device over the next few years.

Amazon has not publicly announced plans to produce a tablet but numerous press reports have said the online retail giant will come out with one this year.

The New York Post, citing a “a source with knowledge of the plans,” said last week that Amazon will enter the tablet fray in late September or October with a device that costs “hundreds less than the entry-point $499 iPad.”

Like with the low-priced Kindle, Amazon would not be looking to make a profit on the hardware but from digital content such as books, music, movies and games and applications sold for the device.

Apple’s App Store currently boasts more than 100,000 applications for the iPad while just a few hundred have been created for tablets running a version of Android called Honeycomb.

“If Amazon’s Android-based tablet sells in the millions, Android will suddenly appear much more attractive to developers who have taken a wait-and-see approach,” Rotman Epps said.

“The bottom line: A year from now, ‘Amazon’ will be synonymous with ‘Android’ on tablets, a strong second to Apple’s iPad,” she predicted.