WarnerMedia on Friday released a trailer for HBO Max, teasing the streaming platform’s upcoming line-up of shows and movies. “The characters, the moments, the…

If you’re still hoping for an Instagram app designed for iPad, don’t hold your breath. Instagram CEO Adam Mosseri has reportedly revealed why the…

After confirming that Stranger Things 4 would go beyond fictional American town Hawkins last year, Netflix on Friday officially confirmed that the horror series’…

Today, the Anzisha Prize — Africa’s premier award and fellowship for Africa’s youngest entrepreneurs — is excited to announce that the 2020 call for…

Cairo-based delivery startup Bosta has raised an undisclosed amount in a Series-A round from French parcel delivery company the DPDgroup. This, according to an…

Remember when earphones were connected by wires and had a 3.5mm jack at the end? Well, the 1MORE Piston Fit in-ear headphones has just… 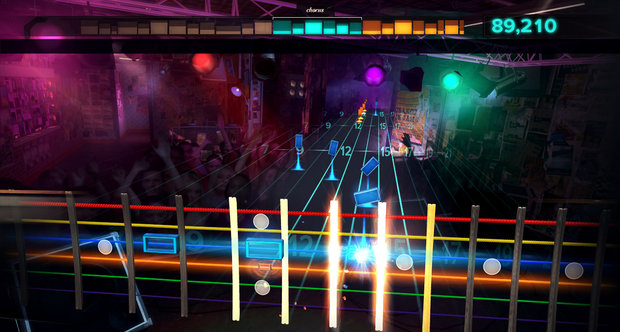 Analysts have predicted the death of the music game genre for some time now. Clearly no-one told Ubisoft, makers of Splinter Cell and the Assassins Creed trilogy of games. Its offering to the music gaming genre is Rocksmith and it allows gamers to jam on real guitars.

Ubisoft executive director Laurent Detoc said, “We’ve had at least 100 people try this game and we have yet to find one person who says it doesn’t work. People will get a lifelong skill if they stick with this game. It is very validating to think how many new guitarists Ubisoft will create.”

Ubisoft says that it is excited at the possibility of “improving lives” and not merely “serving as diversions”.

Detoc said that the idea was formed when he chatted to his team about various Guitar Hero titles which used plastic instruments which were “barely in tune with real instruments”.

“How many parents are there out there with teenagers who spent 100 hours playing ‘Guitar Hero’ or ‘Rock Band’ but didn’t learning anything? How much waste — wouldn’t you rather play the real thing instead?”

In order to integrate real guitars into the gaming environment, Ubisoft bought a startup that specialises in sound conversion from analogue to digital. Gamers will be able to plug in electric and acoustic guitars with quarter-inch jacks. The cable will come with the Rocksmith game or as a package deal with a Les Paul Jr. Guitar. It is believed that it will retail at US$200.

“A plastic guitar you will throw away at some point. A real guitar you are going to keep.” In terms of gameplay mechanics, there will be an animated “note highway” which displays an on-screen fret board of the guitar neck laid on its side. The notes will slide up towards the player and it will be their job to “hit” each not as it launches towards them.

“Here is a great way to learn to play music that fits with our modern lifestyles. We knew we could get people to play, we just didn’t know it would work so well.”

Rocksmith is expected to launch on 18 October.

Remember when earphones were connected by wires and had a 3.5mm jack at the end? Well, the 1MORE Piston Fit in-ear headphones has just…

Olympus on Tuesday revealed its latest interchangeable lens camera in the form of the OM-D E-M1 Mark III. With its new TruePic IX processing…