By Matthew Buckland: Publisher
Read nextApp of the week: Alertnotes 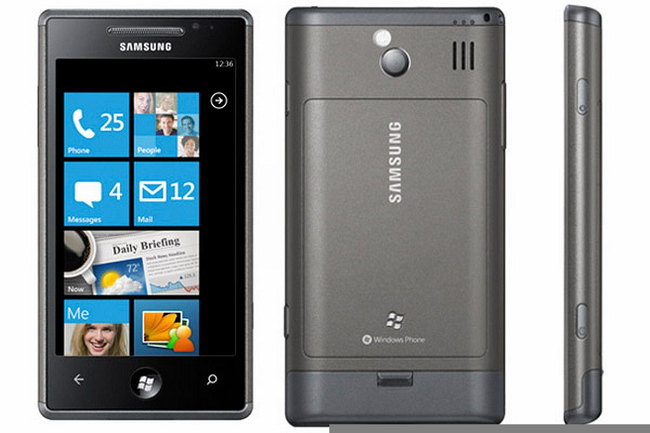 I have to admit, I had low expectations for this phone. I’m an iPhone nut and very few phones have managed to beat or come in anywhere near the JesusPhone.

But the Omnia 7 was amazing. Or let me clarify — its operating system, Microsoft’s Windows Phone, was amazing. The case around it, the Samsung part of the phone, was a bit average. I’m not going to devote too much time to the case, except to say I found it a bit too big and a bit too ordinary.

The aesthetics, the design of the phone in general, was rather average. The touch screen however worked really well and the phone was fast. Apart from the Omnia’s size and average looks, this phone is in every respect a classic Apple-like triumph of form working with function.

So on to the phone’s OS. This is the first time I’ve used a Windows Phone over a period of more than a month — and I have to say I loved it. As an early-adopter, I have taught myself to expect low standards when I approach Microsoft products. This is based on a long history of faulty operating systems and a historically-bad mobile platform in the now-defunct, dead-slow Windows Mobile OS, the predecessor of Windows Phone 7.

To put it plainly: The Windows Phone OS is amazing, and unusually for Microsoft, it’s original.

Since the iPhone arrived, we’ve seen every phone manufacturer suffer from a sudden lack of imagination and envy. The result has been worldwide panic among mobile phone manufacturers as they churn out smartphones that look like poor copies of the iPhone. The Nokia N9 is one particularly disappointing example of this.

But not the Windows Phone OS. It’s wonderfully original, with a responsive and fast multi-touch screen. The screen does not suffer from lag, like so many popular smartphones do. The design is beautiful and shows sophisticated thought about design and usability. I get the feeling even the late Steve Jobs would have approved.

Somehow Microsoft got this right. Historically the company has not scored well on factors like originality and innovation. The early adopters laugh at Bing because it is a Google rip-off. Let’s not talk about Bing Maps, Bing news and Bing Streetview and countless other web products. But this is no iPhone-copy — this mobile OS is original, clever and inventive. In some respects its better than the iPhone OS, and Apple could learn a thing or two.

In particular, I really liked the Windows Phone “live tiles” on the start screen. The tiles give users easy access to core functionality on the phone and the internet — and can be customised depending on what a user wants. I love the fact that some of the tiles are dynamic with the ability to show real-time data before clicking through to an application.

Facebook integration on the phone is superb. Here, Microsoft has understood that mobile needs a completely different approach to desktop computing. It’s obvious, but few get it right. It means that Facebook is integrated into the core user interface of the phone, ensuring a seamless mobile experience. It made me wish my iPhone had such a feature.

Contacts are organised via the “People hub”. Contacts can be manually entered or imported from Facebook, Windows Live, Twitter, and LinkedIn. The web browser works well too and I found it to be as smooth and fast as the best mobile browsers out there (Now why can’t Internet Explorer on my PC surf the web like this?).

The verdict. This is a good phone with a solid operating system. It may be a bit large, and that is down to personal preference — but it works well with a well-integrated and slick OS in Windows Phone. Buy it and you won’t be disappointed.