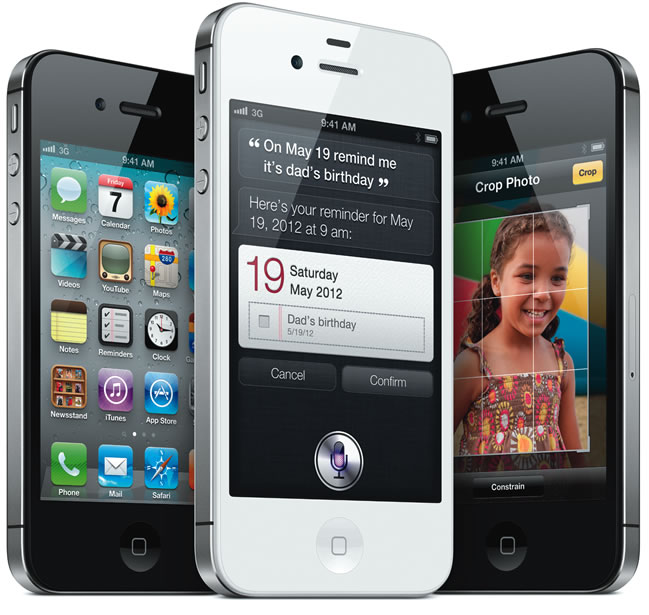 “Please Santa, stick an iPhone 4S in my Christmas stocking,” say the hopeful South African Apple lovers. Santa may not be real, but Vodacom and MTN will be spreading iPhone 4S joy come 16 December.

Available now for pre-order from Vodacom (and soon on MTN), the iPhone 4S is Apple’s latest addition to its smartphone family. It’s a dual-core phone, with an A5 CPU, an “all-new” 8MP camera, iOS5 and everyone’s favourite personal assistant, Siri.

Users can select from the 16, 32 or 64GB iPhone 4S options but the real story is, can Apple’s latest smartphone compete with the likes of the Samsung Galaxy SII during this busy Christmas period?

The iPhone 4S, despite its desirability, will have to pull out the stops to top the assault of Android phones. Mobile phones such as the HTC EVO 3D and the Samsung Galaxy Note already offer options which place an almighty smackdown on the iPhone 4S in the forms of LTE connectivity and 3D super-AMOLED screens respectively.

Based on Gartner reports, Nokia feature-phones and Android operating systems rule the roost. iOS even comes third best after the dead-in-the-water Symbian. As a mobile handset, Apple only comes fourth after LG and Samsung.

Fun for the whole family

Yet, there is Siri. I had the chance to test this exceptionally smart software out and it blows the competition out the water. The voice control changes the game, adds endless functionality to the iPhone 4S and is genuinely helpful. It’s the iPhone 4S’s ace-in-the-hole, but will the need for a constant wireless connection “click” with a data-hungry South African market?

Data use is on the increase, so perhaps South Africa is prepared for the intense levels of data which Siri consumes. Come 16 December, We’ll have to see how the iPhone 4S performs in a market saturated with BlackBerrys and Nokias.