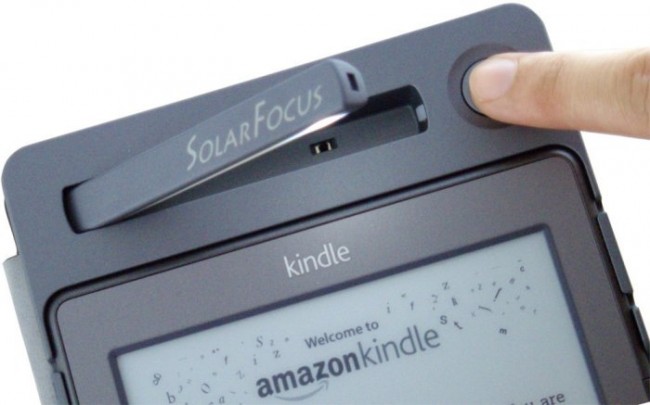 Not so long ago, your choice when it came to solar-powered gadgets was pretty much limited to calculators and seriously expensive wrist watches. Here at the Consumer Electronics Show in Las Vegas, however, there’s a plethora of solar gadgets on offer. Here are a few that Gearburn came across.

Solar lighted cover for Kindle
The Kindle’s e-ink technology is great for your eyes, but it’s not so hot if you want to read at night without turning on a light (to avoid disturbing the person sharing a room with you, for instance). This product, from a company called SolarFocus, claims to solve that with its built-in LED light. The company also claims that the solar charger can greatly increase your reading time on the Kindle. The Solar Lighted Cover for Kindle is probably the most specialised of SolarFocus’ various solar charging products.

Sol Sport 5
This is one of the highest grade products from an energy-efficient power production company called Revolve. When folded, it’s about the same size as a small tablet. Revolve claims that the product generates over 5W of power in full sunlight, allowing you “to fully recharge your smartphone in less than two hours”. It also seems pretty rugged and durable, so it should last a good few years.

SolarPod
Manufactured by a company called Thousandsuns, the Solarpod is a full-on solar power backup supply. A winner at the 2011 Franco British Business Awards, Thousandsuns claims the Solarpod will run a laptop for seven hours, a small fridge for 12 hours, and a cellphone for 40 hours.

Power pack phone case with solar panel
Gorilla Glass is tough, that’s a given, but what about the rest of your phone? If you’re the rugged outdoorsy type, it’s still worth having a protective case. But wouldn’t it be awesome if that protective case could do more than, well, protect your phone. This offering from Brunton — a company that specialises in outdoor equipment — claims to be able to do just that. It houses a built-in battery, supposedly capable of two full charges of your phone. The solar charger also works as a kickstand, meaning you can use it to charge your phone on the fly.

Yeti Solar Generator Kit
Compact solar chargers and ones designed for specific gadgets are cool and everything, but sometimes you need something more general that will really do the job. The full Yeti kit includes a solar generator and two solar panels. The generator stays charged, meaning that it’s always ready in an emergency. It also includes multiple electrical ports including DC, USB and AC chaining ports. At $2 000, it’s pretty pricey, but come the zombie apocalypse, you’ll be the one smiling. 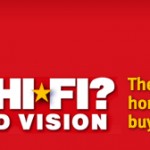