Quickly, what is the number one bane of mobile phone owners? The answer: water. Dropping a phone in coffee, the pool or the kitchen sink creates a shiny brick, and one sad owner. Now, Liquipel has announced at CES that it has created a clear coating which protects mobile phones from most forms of water damage.

Nanotech and nothing else

It’s not a case, it’s a clear coat of pure nanotech, bled into each and every part of the phone. Regardless of what model the phone is, the coating will not “fatten” the profile of the device. Danny McPhail, co-president of Liquipel, describes the coating as “1,000 times thinner than a human hair,” therefore mobile phones will keep their original form factor with the added protection of Liquipel. Think of it as an impervious wax coating which sinks into every digital orifice.

The Liquipel booth at CES demonstrates the power of this new technology.

In what would make most Apple owners cringe, water pours over an iPhone 4. With the phone removed from the demonstration case, it is then dunked into water. A user is then seen picking up the iPhone and demonstrating that it is still in perfect working order. Liquipel is not exclusive to Apple products though, as seen in the next video.

That’s one waterproof HTC Thunderbolt. The video even demonstrates how the HTC manages to work despite the battery cover being removed.

A word of warning

Despite Liquipel’s prowess in protecting mobile phones, the device is not 100% waterproof, as stated on its website. “Just because your device has been further protected does not mean it can be used in this way. It is similar to buying a case for your device and asking to throw it at the ground.” The device cannot be “needlessly exposed to water”.

The prices range from US$59 for the “Standard Liquipel coating”, up to a US$79 treatment called the “Liquipel & Gadget Film”. The gadget film maintains a scratch free exterior and is possibly a viable option for newer devices. iPhone 3GS’ which have been in the pockets of geeks for years need not apply. Further possibilities include applying the nano-coating before a mobile phone is sold to the customer, eliminating the 1-3 day turnaround time required for Liquipel to protect the phone.

Liquipel’s plans are to “connect” with smartphone vendors at CES. If it manages to entice enough companies, we may soon own a truly “invincible” mobile phone. 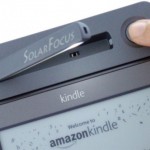