Instagram for Android? Hooray! Visit the signup page now, young gadget-freak and become one of the “first in line” to receive news of its imminent arrival.

The page itself is a bare-bones effort, but shines brightly with the heat of a 1 000 rainbows. Entering an email address delivers the message of “Thanks for signing up! We’ll be in touch soon!” Thanks for nothing then, Instagram.

Thankfully, there is some information on why the brand-spanking new Android Instagram app took so long to arrive, care of Mike Krieger and Kevin Systrom, the founders of Instagram.

Systrom aired his vision for Android phones at SXSW earlier this year:

“In some ways, it’s better than our iOS app, it’s crazy.” And the reason the app took over two years to gestate? “I don’t think it took us so long. We just had priorities. Had we tried to be both on Android and iPhone at the same time, it would’ve been tough to innovate in the way that we have.”

According to further reports, Instagram for Android is now in private beta testing. With over 27-million downloads for iOS devices, this hipster-friendly app is one of the most popular photo-editing tools around. No release date is set in stone, but we predict the app to launch either before the end of March, or the beginning of April. The hype is too frenzied for anything less. 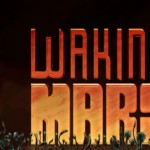