The new Macbook Pro, announced at WWDC 2012 is a thinner, more robust, and more powerful version of its predecessor. That much was expected, and it’s the predictable direction for a company focused on technological evolution and current consumer watchwords like “smaller, shinier, faster”.

But is it worth the enormous price tag? Well, that depends. In terms of raw specs, heck no it’s not worth it. But for sheer awesomeness and user experience? Most definitely.

The 15-inch pro now comes with the option of a Retina display with a dense 2880 by 1800 resolution, an updated processor courtesy of Intel’s Ivy Bridge architecture, and the inclusion of solid-state hard drives on the Retina models. There’s also finally a HMDI port. USB 3.0 and Nvidia’s Geforce GT 650m which is based on a brand new GPU architecture. Apple has a habit of flitting between Nvidia and AMD. I suspect the reason is part political and part technological, but that’s another discussion altogether.

Apple has made a big brouhaha about their Retina display, claiming as they do every year that the current machine “is the most beautiful computer we’ve ever made,” thinner than Phil Schiller’s finger, lighter than the previous year’s batch.

Looking at the reviews that have started to pour in, the Retina display has received consistent praise all around. Thankfully, all those densely compacted pixels won’t make text overly minute since Apple purposely made font sizes consistent with what you’d see in real life. Such an enormous resolution also makes organising and navigating around various windows a breeze: “It’s like having a dual 20-inch screen setup in a 15-inch diagonal space,” says Joel Domingo at PCMag. The catch with the Retina display is that you’ll need to fork out a whack of extra cash for it. “Standard” Macbook Pros come with a more “standard” 1400 by 900 pixels and standard SATA hard drives.

No — of course not. You can find a perfectly powerfully Windows — or Linux-based alternative for far less cash with equally good, if not better specs. Apple’s big punter is the resolution on the Retina model, which trumps any other laptop display out there bar none. And of course there’s OS X, one of the most intuitive and beautiful operating systems on the market.

But since when has Apple ever been about “needs” in any case? Apple prides its tech on being the province of aspiring creative mavens, cool kids, hipsters, and users who relish a beautiful interface encased within heavy-duty brushed aluminium casing. Cost to benefit ratios are difficult to make sense of when you’re talking about such a strong emotional connection to a brand. Many Apple users will have “needs” that go far beyond simple processing grunt. They want the lifestyle, the ease of use, and the emblazoned white monochromatic logo on the back their displays. 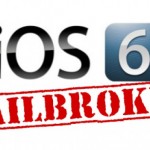