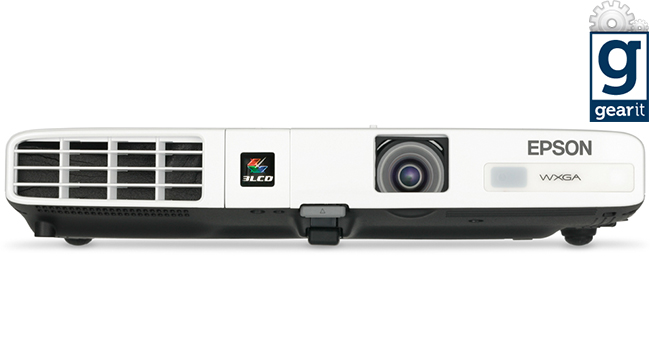 In a land not so very far away, lived a tribe of doubters known as the “They Say” tribe.

Clearly the folk at Epson have never heard of the “They say” tribe, because they have launched the EPSON EB 1776 W PowerLite and currently speaking, it is about the most perfect portable projector on the market. Apart from its next sibling possibly getting brighter, you’ve got to wonder what’s next. It seems like “impossible” has been ripped out of the Epson workshop manual.

Weighing in at an alarmingly light 1.68kgs, thin as a notebook and rocketing out an impressive 2600 colour and white light ANSI lumen, this WXGA (1280 x 800) resolution and 16:10 (also supports 16:9 and 4:3) aspect ratio unit is pretty much all you will ever need in an ultra-light data video projector. It’s designed to be portable but can be ceiling mounted for boardroom purposes.

Much like the days of old when VHS went head to head with Beta as a format for the home VCR platform, so too has the battle developed between the optic engine producers for market share. Poly-silicon LCD and DLP are the two workhorses of the images you see on the screen and there is much that could be written about the merits of both. However, first over the current finish line is the LCD team, which now boasts 3LCD, 3 chip technology. In simple terms, the optic engine consists of three separate dichroic mirrors, one for each colour (RGB) and consequently colour saturation and richness is significantly better than the older, original single LCD spec’d projectors. As with most corporate machines (as opposed to home theatre projectors), contrast ratio is a humble 2000:1, that’s unimportant as most corporate viewers won’t know the difference.

Whilst still using the benchmark ANSI (American National Standards Institute) lumen to register the brightness of the PowerLite, Epson points out that it measures their machines lumen using ISO 21118 which they claim “…is a more rigid standard than the outdated ANSI lumens rating used by competitive products.”

The proof of the pudding is in the viewing and this three LCD three chip image is most certainly delicious, with richer, more saturated colours than current DLP units.

Epson also claims that the optic engine is way more energy efficient than its predecessors and you require 25% less electricity per lumen of brightness, when compared to 1 chip DLP projectors. There is no Eco Mode for the lamp, but its rating is 4000 hours which is more than respectable and if you averaged 2 hours of use a day (seven days a week), which is quite a lot, you would only have to replace the lamp after about 5½ years.

So the basics are all in place and picture resolution, aspect ratio and brightness are a given. So what makes this unit so special? Well, it seems like the VGA cable may be seeing the end of its reign as the umbilical cord between visual source and projector. The PowerLite includes a USB cable to support their USB Plug ‘n Play feature (type B), which allows you to connect your laptop/notebook/tablet via USB to your projector for instant picture. Although this may seem a little unspectacular, if you’ve ever witnessed a newbie presenter plug all their AV kit together and then turn pale and start to sweat because they can’t get the picture up and running while their audience sits staring at them, you’ll know what I’m talking about. Gone are the days of depressing simultaneous keys to re–screen the image. Gone are the days of borrowing the pool projector, only to find that some previous idiot had lost the VGA cable, or better still, bent one of the 15 pins while trying to house the end of the cable into the projector by forcing it (surprisingly, forcing it still won’t make it fit — go figure).

There are still a couple of nifty ways to impress your audience without having to make balloon animals. PowerLite also features wireless capabilities with the optional Quick Connect wireless USB key and wireless 802.11 b/g/n LAN card. All you have to do is load the provided software and drivers that come standard with the projector.  You can connect to the projector via the optional Epson Quick Wireless Connection USB key (Windows only), or manually via the networks menu. This allows you to remotely send images and presentations to your projector via the LAN, as well as control functions like “on/off”, computer, HDMI and video source selection, freeze function, AV mute function, volume control and page up/ page down.

Who stole my VGA cable?

Epson have ensured that you can astound your audience by arriving at the presentation venue without even having a laptop/notebook or tablet in your wake. Or, worst case scenario, in your rush to the airport, you forgot to check the AV kit and you’ve got no VGA cable. Don’t sweat it. The PowerLite allows you to present from a USB thumb drive. You can convert your Power Point material with the “easy to use” MP Slide Converter programme which comes standard with the projector. MP Slide Converter supports various file extension such as .jpg .bmp .gif .png .fse and .sit. Once you’ve got your pressie converted, simply insert the USB device into the Type A USB drive, select USB as source on the dash or remote and off you go. You can use the projectors remote control to forward and reverse your slides. Unfortunately, the MP Slide Converter is not able to convert video format, so you’ll have to live without video, if you go the thumb drive route.

Other features include automatic vertical and horizontal keystone correction. Simply point the projector in the direction of the screen, an push the on board or remote “Screen Fit” button. Provided the projector is between 1.5 and 2.50 meters from the screen, the room is not too dark, the screen size is 254 centimeters or less and the projector is no more than 20º to the left or right or more than 30º, the projector will centre itself.  Ok, so that’s a quite a bit of remembering. If you don’t feel up  to it, you can also do the keystone manually.

The unit obviously supports both Mac and PC. Connectivity includes HDMI, VGA, composite video, USB A and USB B, audio in (the unit carries a 1 W mono speaker, which verges on pointless) and has an optional 802.11b/g/n wireless port for LAN connectivity. The projector arrives with a remote control which is bog standard, and covers all the functions you would use on a daily basis such as “on/off”, both manual and automatic keystone, volume control, AV mute and so on. You can also access the main projector menu on the remote, allowing you to change colour temperatures. The remote obviously apes the projectors dashboard buttons, which are well laid out and only require a slight depression to activate function.

In all the PowerLite does not disappoint. It has just about everything you could wish for in a projector of its class although it does come at a price and at last check, recommended retail was in the vicinity of US$1 750. But then, you’ll be getting what you pay for. 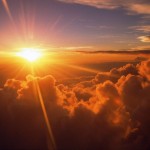