By Steven Norris: grumpy curmudgeon
Read next4 pieces of tech we’re dying to get our hands on 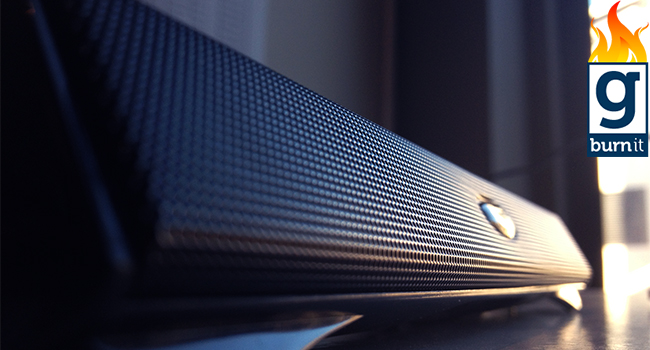 Let’s begin with the positives: it’s inoffensively small, makes a loud noise and probably works with any laptop/desktop computer on the market. As for the negatives, it’s a chocolate bar-sized piece of crap and it’s yours for US$20, give or take. Onto the review.

I can’t compliment a two-watt speaker barely able to fart out an MP3. It’s impossible to recommend a portable speaker which won’t clip into the top of a laptop. And I sure as hell won’t recommend an audio device that is sans volume control. Seriously, how can a company release an audio device without an independent volume control? I hate lowering the volume via Windows. And I loathe using the function keys to fiddle with the volume. Stuff that, and stuff you USB audio bar.

The “clip-on” plastic arm that rotates from the back of the USB audio bar is an humourless punchline from this joke of an audio device. Here’s the deal: the tiny arm is meant to rotate and clip onto the top of a laptop monitor. And here’s what happens when I try to do it. It falls off. Every goddamn time I try to clip it in, it falls off. And why? Because the distance from the plastic arm to the tiny clips on the front of the device is too wide. Laptop monitors aren’t that thick anymore. What is this, 1992? The only way to get it to stand is to balance it so that the audio bar kind of leans back. It’s unsecured of course, and prone to falling.

It irks me no end that Verbatim could not even bother to test this device out for those of us who operate in the 21st Century, which is everyone last time I checked. Verbatim knows DVDs, but it sure as hell doesn’t know how to create a decent portable audio bar. Shame on you.

For what it does, it does it poorly

The sound, the whole point of this package is to enjoy meaty sound. Or maybe not. Perhaps it’s to replace a broken laptop speaker. In this case, the audio bar succeeds. As a proper replacement for non-busted speakers, it’s a mighty failure. The sound is tinny and there’s no bass. Instead, plenty of hisses and crackling noises when the sound is maxed out. No, just…no.

Kill it with fire

There’s nothing to recommend about the Verbatim USB Audio Bar. It’s an ugly, tinny piece of plastic vomit. I advise burning it with fire, walking slowly into the distance and laughing as the plastic audio bar melts onto the hot, tar pavement. 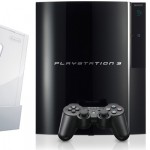