Nissan is set to enter the 2012 Le Mans 24 Hours with the most extreme iteration of a racer that motorsport has seen in recent memory. If you are a regular viewer of Top Gear then you’ll be familiar with Jeremy Clarkson’s experiences with the Reliant Robin, the three-wheeled car that continuously fell over around corners. The same logic should apply to the DeltaWing, Nissan’s futuristic take on a Le Mans Prototype race car. It’s extremely narrow front end suggests that cornering would not be its forte, but Nissan has created the seemingly impossible. Against all known physics and logic, the DeltaWing corners, and fast too.

It looks as if it has one wheel in front, but in fact has two, with only 10cm wide tires. Knowing this, and the fact that 70% of the weight is at the back makes you think that the front will have no grip. As you can see in the video, the way the DeltaWing flies around corners seems physically impossible. First, it should fall over. Second, if it doesn’t fall over (which it doesn’t), the fat back end should slide all over the place. But no, it is fully planted in the corners.

The question on my mind is why? Nissan says that the reason for their different approach to their racer is based on aerodynamics and weight. The arrow shape of the body has half as much drag as a traditional racer. It also eschews conventional wings over the top of the body, instead using ground effect underbody aerodynamics.

Nissan has been able to reduce the weight of the car to 500kg, half the weight of a normal Le Mans Prototype racer with its design. Powering the DeltaWing is a 1.6 litre turbocharger four cylinder, producing 300bhp. This sounds small, but with the lower weight and the fact that it is said to use significantly less fuel and use fewer tires, as an endurance racer, it should prove competitive. In less than a week the world will see whether this extremely unconventional wacky looking racer will prove itself worthy to race at the legendary Le Mans. 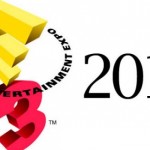