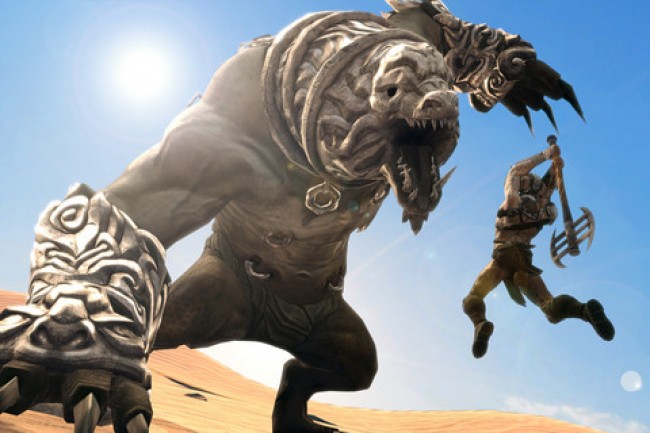 Apple’s Retina Display has made everything else obsolete. So to keep up, game developers have had to optimise their games to suit. Here are the very best Retina games to date. These things really are painfully sharp. But clarity comes at a premium. 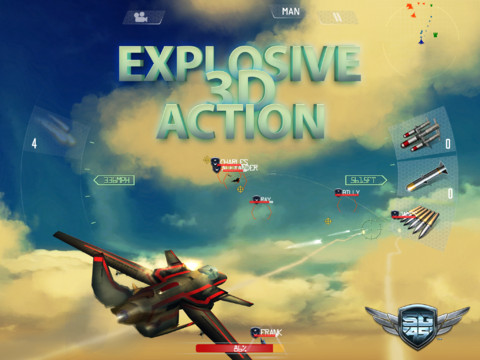 Enjoy dogfights? No, not those underground abusive-to-animals dog fights, I mean aerial dogfights. The only thing this game is missing is the g-force that would make you vomit. This is one of the most popular games you can find for iOS and for good reason. Crystal clear graphics coupled with great dynamics. Shoot down your enemy while doing a barrel roll. If you missed your chance at flight academy because of your absolute lack of talent, get this and learn some skill. 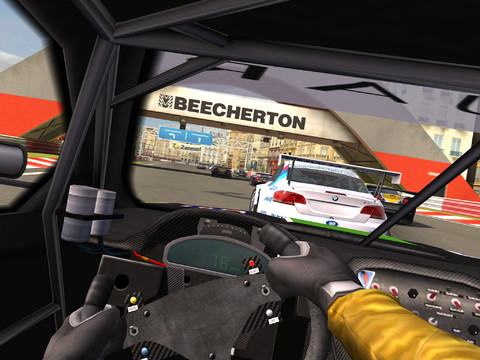 It’s the cops I’m always worried about. Them, and crashing. For these reasons, I tend to keep my pace to the minimum that my road rage will allow. Real Racing 2 supplies me well needed fit of high-speed debauchery. It features an actual career mode and even multiplayer so you can show your friends that you actually are the better driver, without incurring all those costly repair bills. 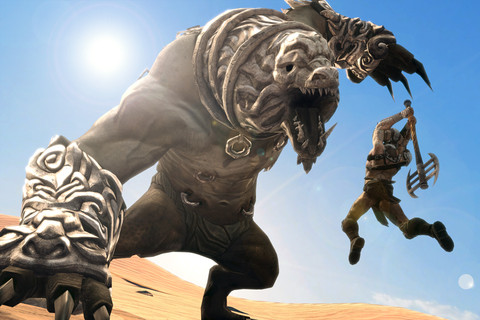 I love warrior games where you slice things to shit. But never have I played one where you actually slice to make the sword movement. So much fun. In Infinity Blade II you can swing your bloody battle-axe at the head, torso; it’s actually a good game too. It was one of the first to optimize its graphics for the Retina display.

How many games have you played that NASA had a part to play in the development? None? Well, here’s one for you. This is definitely the best Angry Birds to date. You shoot your birds into gravity fields around planets to get them damned pigs. And it’s quite realistic. Not actually realistic, like it could happen, but in the way that the gravity affects the gameplay. Good job, NASA, you did something right. 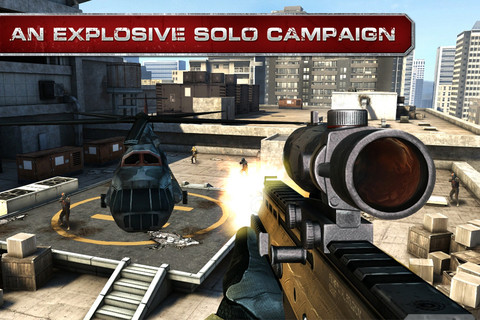 There are never enough shoot-em-up games out there it seems. Just when you think you’ve seen them all, another identical one appears. Not that I’m complaining, I love first person shooters. The trend with them is towards more and more realism. I find it hard to believe that an iPad first person shooter can compete with console or PC, but it’s as close as it comes. 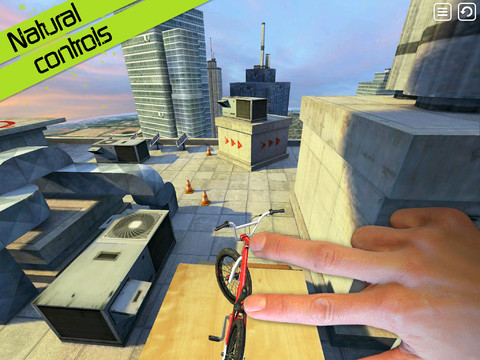 Do you remember those Tech Deck skateboards from the 90’s? Then came those Tech Deck BMX’s? Well, here’s the modern version of that, without the mess and broken bits. Bust a 360 tail-whip to a manual and look the boss. Or if you want, grab on a mountain bike and go for a jump session. Who said you needed to go outside to enjoy some extreme sports? 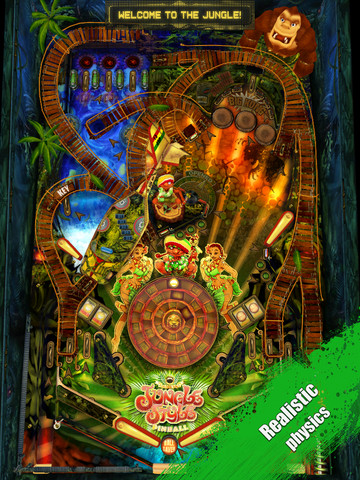 An old favorite, pinball has been around forever. I don’t think it will ever get old, or go away. Hmm… anyway. As long as they have graphics like Pinball HD I’ll happily play it. It’s the Collection variant, meaning you get a variety of tables to play on, from a jungle theme to even a metalhead’s dream: a Slayer table. Fantastic. What isn’t fantastic is that you have to pay for the other tables if you want anything other than the Wild West. 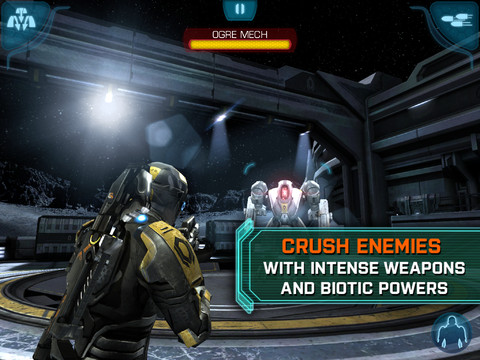 Now here’s some plasma laser shooting and explosions gameplay if I’ve ever seen it. You play a rogue bionic dude set to take down the company he worked for. Never heard that kind of plot before. Either way, it looks proper cool. Shoot or beat your way through incredibly detailed levels, whilst upgrading your character along the way. 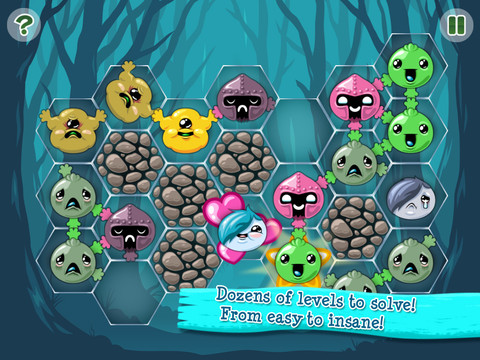 No one said a kiddie game couldn’t be fun. And mom always said to hold hands while crossing the street. Looks like these little creatures got the right idea. Except they’re not crossing the street. They’re avoiding the bogeyman, something we can all relate to. Simple to grasp gameplay leads you from easy to crazy hard levels. So move those damn cute creatures near their friends so they can survive attacks from our mutual nemesis, the bogeyman. 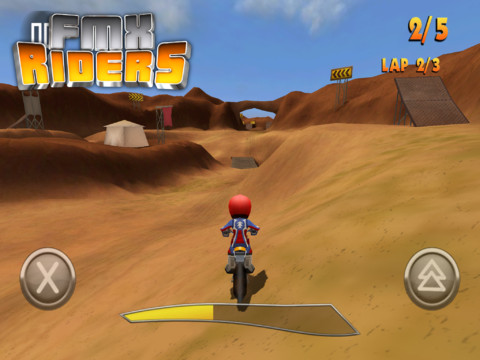 When I got on a motorcycle for the first time I immediately knew what my life was missing. Unfortunately, I don’t have the money to afford a bike, or the hospital bills associated with the inevitable crashes. Next best thing? A great looking FMX app. Bust out some crazy moves without the crashing potential. You can also plug it into another device, like a TV. You do have to be familiar with the tilt controls, though, otherwise you’ll be all over the place.

It’s the little pencil that could. In a simple yet captivating game, you play a pencil that has to battle it out with all the other nasty stationary to connect all the dots. It requires lightning fast tapping skills and a mind as sharp as any pencil has a right to be. With 60 levels, it should keep you occupied for a good long while. 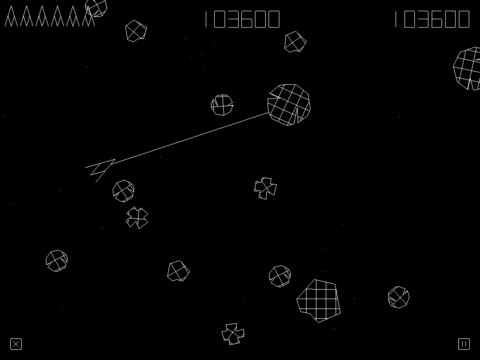 Ridiculously simple graphics, yet very engaging gameplay, Tractor beam entertains you more than it has any right to. Out of fuel but with a tractor beam to fling you through space, you try to guide your spaceship around hazardous asteroids. It looks as though a five year old drew all the graphics for this arcade looking game. I’m not sure if that makes it bad though. 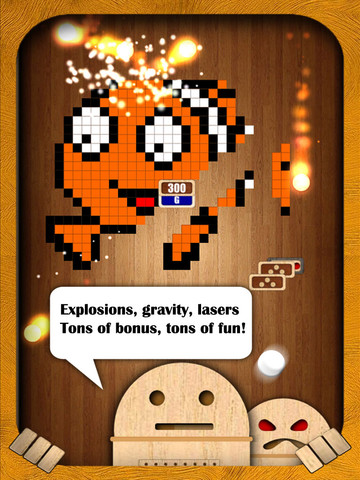 ‘What a lovely wooden creature’, was my first thought when I saw this app. But then you knock the ball off his and Bam! it blows up the bricks in a spectacular fashion. It’s not easy either. After the first level, you’re thinking, ‘Yeah, I got this.’ But then it just goes faster and faster, until you are out of your element. Good luck!

This game looks epic. You’re stuck underneath Mars in cave systems with crazy alien creatures trying to eat you. It’s not hardcore with violence — actually very placid — but it makes it up with a jetpack. Everyone loves jetpacks. Watch the video and be captivated. 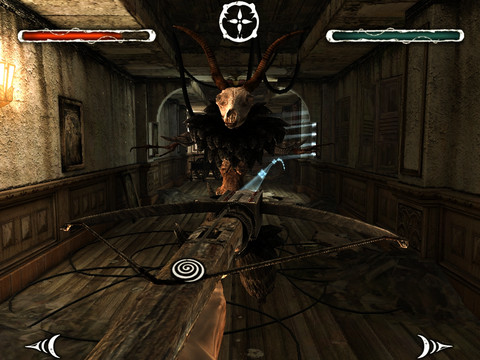 This game is rated for 12+ for intense realistic violence and intense fear. Holy moly. This is not a game I will happily play at night. Not unless there are lots of people around me and very very bright lights. Like many horror stories, you wake up in a hospital not knowing how you got there. And then you get told you have to kill a witch in order to leave. Lovely. If you’re into demon killing, this is for you. 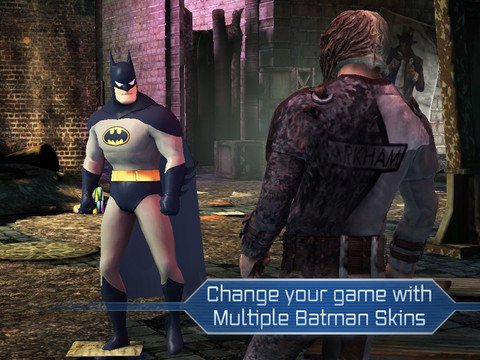 Just in time for the sequel, Batman is back for a romp around Arkham. Batman (or, rather, you) have your hands full trying to collect all the crazies that have escaped the loony bin. Battle it out with the Joker, two-face and other villans. You can even choose different skins. Old school Batman would be my choice.