Sennheiser has some great cans on the market – we still love its popular PC 360 headset, pricey as it is, and the PC 330 isn’t too bad either unless you’re a large-headed type. With an encouraging track record like that, this new 323D set can’t veer too far off course, can it?

After all, it’s capable of 7.1 surround sound, and boasts a frequency response range well beyond the capabilities of our – or anyone’s – ears. Those are higher specs than the similarly priced CM Storm Sirrus, which we liked a lot. And yet even with such an assured spec sheet, it does veer off course. Wildly so.

The build quality suggests this is a cheap and cheerful effort entering the market just below the £50 PC 330 cans. The £95 price tag though, has other ideas. And all those ideas involve you creasing in remorse for not spending your dough more sagely.

First things first – the PC 323D does offer some impressive aural swathes. In gaming terms, the 7.1 positional audio’s precise enough to pick out far off footsteps more easily than most headsets – if you’re looking to improve your kill/death ratio in any way possible. It’s great for giving you a sense that the in-game sounds being pumped into your brain are coming from all around.

In frequency response terms the PC 323D cans have a nice flat sound, neither exaggerating the bass nor skimping on the mids as gaming sets so often do and make listening to music a misery. In pure audio terms then it’s a job well done.

In fact we were really surprised with how good the PC 323D sounded, because judging by the build quality, we assumed it’d be a sub-£50 headset. At 230g it’s a veritable featherweight, but whatever started off on the drawing board as low-fatigue and sleek just comes off as flimsy.

The volume control on the right ear feels unnervingly loose, and we doubt the plastic headband could survive even one vehement rage-quit.

The microphone lives up to Sennheiser’s usual high standards in both audio fidelity and build, once again built with a satisfying mute click when the mic arm’s pushed up. But if we’d spent almost £100 on a headset, we’d be disappointed with how these sit around our lugs, regardless of what’s pumping out of them.

We know Sennheiser can do better – the PC 360’s build quality is immense – but this is a misfire. It’s by no means terrible, but this is a tough product to recommend, and one which lets an otherwise strong range of headsets down.

On the one hand, it really does offer the kind of sound quality that makes your ears sit up and take notice, and the surround aspect is especially useful for competitive gamers. But for the below-par construction, fiddly install and nothing much to write home about in terms of comfort, we must say your money’s best spent elsewhere.

For pinpoint precision, check out Creative’s cheaper Sound Blaster Tactic 3D, and for Sennheiser at its best, pay an extra £50 and opt for the PC 360 headset. 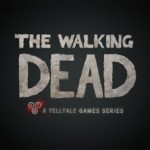