Fuji’s X range of cameras has proven incredibly popular over the past couple of years. Now the company seems keen on expanding that popularity into the mass market of consumers, with a new range of cameras designed to appeal to a wider audience.

Once again, high-end design makes an appearance for the Fuji X-F1. A light and durable aluminum body is covered with synthetic leather that imitates the feel of genuine leather.

The lens is also a newly developed optic. The 4x optical zoom lens is capable of reaching a maximum aperture of f/1.8 at the widest angle of the lens.

It features seven lens elements in six groups, to include four aspherical and three extra low dispersion. All elements have been coated with Fuji’s special coatings which are designed to help reduce ghosting and flare.

An EXR processor is also included. This promises fast autofocusing, even in dark conditions. Also facilitated by the processor is Full HD video recording and a high burst mode for stills.

At the back of the camera you’ll find a 3-inch, 460k dot LCD display made of tempered glass. There’s no electronic (or optical) viewfinder included as standard with the camera, so all image composition must be carried out via the screen.

The good news for anyone wanting to explore photography further is that the Fuji X-F1 also features full manual control and the capability to shoot in raw format.

Keen to appeal to the Instagram and Hipstamatic crowd, Fuji has elected to include a number of creative digital filters on the X-F1. These include Pop Colour, Toy Camera and Dynamic tone.

Although we don’t yet have an official price for the camera, it is expected that it will be cheaper than Fuji’s other premium compact camera, the Fuji FinePix X10. It seems likely that it will compete with the likes of thePanasonic LX7 and Sony RX100.

The biggest selling point of the Fuji X-F1 is its incredibly compact size. Because it uses a small (2/3-inch) sensor, Fuji has managed to keep the camera down to very sleek dimensions.

It’s also somewhat surprising that a 4x optical zoom lens can be housed inside the tiny body. To keep it sleek, the lens fully retracts into the body of the Fuji X-F1 when the camera is not in use.

The camera itself can also be switched on via the lens, much like the Fuji FinePix X10. All you need to do is twist the lens to activate the camera for use.

Unlike most traditional compact cameras, the Fuji X-F1’s lens is zoomed by rotating the lens manually, rather than via a switch or button on the camera body. This gives the camera a more serious feel, and is likely to appeal to traditional photographers.

Although it probably won’t appeal to everyone, the synthetic leather finishing adds a stylish touch, and also helps with gripping the camera – especially when shooting one-handed.

At the top of the camera, a mode dial enables quick access to the different functions of the camera, including P/A/S/M modes. Because the camera is so small, you won’t find the same dials and buttons that can be found on the more advanced cameras in the Fuji X range, but the ability to shoot with full manual control is nevertheless provided.

On the back of the Fuji X-F1 is a sensible selection of buttons, including a dedicated video record button and a customisable E-Fn button for quickly accessing the most commonly used settings.

Two dials can be used for changing parameters such as shutter speed or aperture (depending on the shooting mode). One at the top of the back, and the other that doubles up as a four-way directional pad.

If you’re used to using any of the other Fujifilm X range cameras, the menu will be familiar. It’s sensibly arranged in the most part, with functions being easy to access and change.

Although there’s no EVF, the screen itself has been designed to make composing and shooting images easy. Any changes made to parameters, such as aperture, or adding a digital filter, are displayed on the screen, which is handy for judging whether you

Read the full review at TechRadar.com 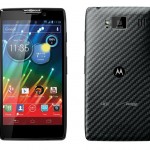