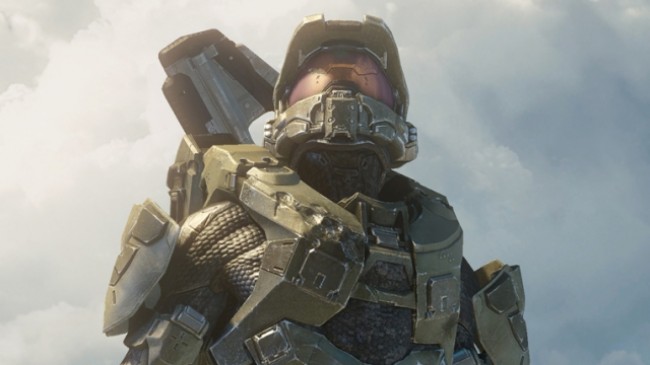 There’s nothing better than a fresh start. When a film reboots, it usually fails. When a game reboots, it retains its fan base and laps up a new creative team, eager to satisfy fans stuck with rehash after reboot. Halo almost fell into this trap with Halo 3, but picked up its socks with Halo: Reach, and has now blown my mind with Halo 4. It’s the best looking, sounding, most fun Halo there is and it’s the greatest shooter on Xbox, period. Halo 4 is a sort of swan song for the Xbox, as I cannot fathom another game that will look better or play better than Halo 4.

Forget the Covenant. This tiresome race of losers makes way for the far superior Forerunners, alien masters who send down the Promethean’s. Master Chief and Cortana are stuck on a Forerunner planet, the new alien menace which threatens to destroy everything. Same plot as the last Halos then. I think, it all blurs into one. Space politics, it’s a drag.

The enemy AI saves the Covenant from redundancy. On Heroic, one of the hardest difficulty levels known to gamer kind, enemies are beyond ruthless and death occurs instantly. It’s the Dark Souls of shooters. Enemies flank, throw grenades and use manoeuvres unseen in most shooters, with the exception of Spec Ops: The Line, which has the best enemy AI this side of Mars.

Cortana saves it. Your faithful AI companion is the heart and soul of Halo 4 and she’s slowly going insane, thanks to the “Rampancy” (Alzheimer’s for machines). Your journey together is breathtaking. As Master Chief climbs in and out of the prettiest planet ever put to pixel, Cortana clings on to her final vestiges of sanity. She’s lost her way, and you need to direct her back into the light. It’s a terrific journey and oddly enough, far more memorable than the main campaign. Well done, 343 Industries.

Eight hours later and you’ll finish Halo 4 with Cortana on your mind. I won’t go as far as to call the story “darker”, but the campiness of Halo is long gone, only felt once more when a grunt’s head explodes in a shower of confetti. You came here for the guns though, didn’t you?

We need guns, lots of guns

The meat of the game, namely the weapons, is stronger than it’s ever been. Every single gun has been visually and audibly polished. The pistol is back on top as one of the most powerful and deadly weapons in the game, if used correctly which it rarely is. And the use of shotguns could be the best ever since the double-barrel in Doom 2. Promethean weaponry though is the new hotness. Pick up a gun and it assembles itself into your hand. The weapons are like lasers and lava combined, making each weapon a formidable and useful addition to Halo‘s arsenal.

With a beautiful set of weapons comes a whack of abilities such as an energy shield, stronger melee and holograms. There’s plenty to collect and test, but these abilities really come into their own during the heavily improved multiplayer.

It’s hard to put it in words. Here are some images to help you on your way. That’s a Promethean disintegrating. After the first third of Halo 4, they go full-retard The Covenant is still around, but are easily taken down on anything under “Normal” This is in the first few seconds of level one. And still, best graphics ever

I’m not going to gush like this reviewer did, but I see why he went overboard. There’s been nothing like this on Xbox before. We came close with Mass Effect 3 and most of Dishonored, but nothing on this level, it’s jaw-dropping stuff.

It easiest to notice with on a 1080 display. The screen is filled with visual splendour, from bullets ejecting to visors fogging and insects buzzing around fallen enemies, Halo 4 is a treat for the eyes.

And it happens as quickly as the second level. After a decent start smashing hapless enemies, Master Chief emerges from a system of caves, the light washes out the screen and when focus is reestablished, the screen is filled with docking starships. Giant phallic beasts resting and clicking into place, massive plumes of smoke and waves of heat emit from each intergalactic behemoth. This is maybe ten seconds of beauty. The eight to ten hours of campaign hold countless more wonders. It’s unreal, but thankfully not the Unreal engine. Microsoft’s money is hard at work here, it’s the best graphics engine on the Xbox.

Sound has always been the harbinger of emotion in Halo. Epic scores swell in the background as the scene unfolds around Master Chief, only to explode as enemies rush in or a tank rolls into distance, or as a planet rips in half. Music is at the heart of Halo 4 and with music composed by Neil Davidge of Massive Attack fame, expect nothing less than the most epic soundtrack of all time, minus Top Gun‘s, of course.

Halo fans storm through the campaign and reward calloused fingers with this, a new tighter, richer online experience, rounded off with a barrage of free extras.

Online is now called “Infinity” and is made up of four modes. War Games is online multiplayer, Spartan Ops is Modern Warfare‘s “Special Ops” mode, Forge is make-your-own-level mode and Theater is for watching replays of your matches and other players. We all caught up now?

War Games is where the meat of online happens. Ranking up and getting points to unlock weaponry, skill sets and armour sets is now a must, and not just a distraction like it was in previous Halos. Weapons are rarely left lying around now. In a very Modern Warfare/Battlefield way, weapon sets now rule the roost. Weapon loudouts are key to winning each match now and this modicum of strategy pulls Halo 4 into 2012’s competitive gaming circuit. So multiplayer is faster, more strategic but more of the same. In fact, most of the maps are just rehashes of old Halo maps, which is in now way a bad thing. Just accept that this will be the most played online game after Modern Warfare. Accept!

The online in fact, warrants a full article on its own. I’ll get to that at a later date. For now, enjoy effortless online, filled with million of players who are far better than you and I will ever be. To solve that issue is Spartan Ops, or Halo’s version of Special Ops.

Great video or what? So there’s new co-op missions, released weekly. You can level up your Spartan, exactly the same as in the online multi and keep those boosted stats for the next map. It’s a great idea, and I can’t wait to get stuck into new and free, most importantly, missions weekly. Ten episodes, fifty missions as the trailer says. And it’s free, so now whining now. Forge lets you.

The ending of Halo 3 closed the chapter on developers Bungie and handed the reigns to 343 Industries, developers of the last best Halo, Reach. This then is the most important Halo ever, and a game Xbox owners can’t miss out on. It’s legacy is worn on its metallic shoulder plate, but Master Chief has his eyes on the future, and it’s one you’ll all be happy to join in on. 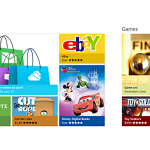