According to this site, Windows 8 may possibly spread the Metro love even further and with some luck, find its way in some form or another onto our favourite console, the Xbox 360. This may seem like a stretch, but bare with us.

The video is a spanish commercial demonstrating “Un Nuevo Ecosistema” translated to “A New Ecosystem”. The video is very straightforward, except for the product shots near the end. Watch the entire video though, it’s a well-produced slice of advertising.

At the 1:20 mark the Xbox shows up right at the end. And yes, it is part of the overall plan. Windows 8 on tablets, Windows Phone, a version of the OS on laptops and then the Xbox. At heart, it’s an OS that’s shared equally on all platforms. But not the humble Xbox. It’s like the black sheep of the family, sitting on the outside looking in. At least the Xbox’s update last month turned the overall Xbox interface into a very Metro-like experience.

It’s no fanciful feat of logic. And there are multiple outcomes, based on what’s best for the user. Firstly, Windows 8 on Xbox could be a plan for the next-generation console, which will hopefully make it’s way onto the 2013 E3 stage. Or, Windows 8 on Xbox could be coming very soon to a budget console, a new home media system before the Xbox 360 tail-ends into infinity. Finally, the video could just be Microsoft Spain simply not understanding the concept of a “new ecosystem”, as the Xbox is not truly part of the Windows 8 love. Well, there’s always SmartGlass to keep us happy in the interim. 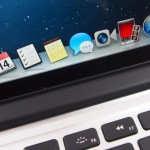